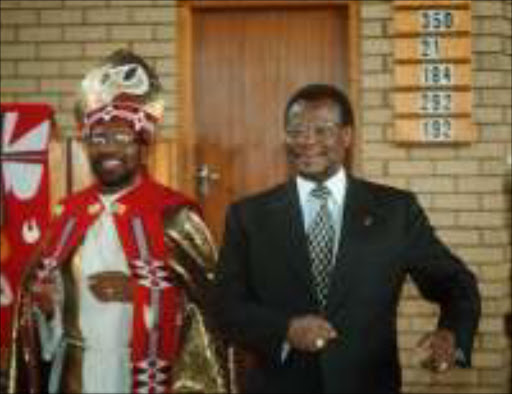 Archbishop Manase Buthelezi of the Lutheran Church has questioned the motives behind the passing of the new Children's Act that deems virginity inspection unlawful.

In his opening prayer of Umkhosi woMhlanga ceremony at eNyokeni Royal Palace in KwaNongoma, Buthelezi said it was clear that people intended destroying and deceiving African culture.

"We have never heard of any maiden who died because of virginity inspection. But we have many young boys killed in mountains during circumcision. And there is no big noise about that.

"If there are people who want to stop virginity inspection they must do the same with circumcision. Virginity testing is about abstinence from sex, which we preach in church," he said.

Buthelezi said virginity inspection was a pillar in the war against HIV-Aids.

"There is no clash of Christian beliefs with such culture. Virginity inspection helps protect our children from HIV-Aids.

"I'm happy that our provincial government leaders have faith in this custom. This is a heritage month and we need to adhere to our cultures.

"We appeal to our provincial government leaders to give advice about the importance of this culture to the national government," said Buthelezi.

"This event brings back humanity and respect to our children.

"It also prevents the high increase of pregnancies in our schools. As a government we adopted this culture as a further step in the war against HIV-Aids," he said.

Mbanjwa's sentiments were shared by health MEC Peggy Nkonyeni, and her counterpart Weziwe Thusi, MEC for art, culture and tourism.

Nkonyeni stressed that her department had made it clear that the Reed Dance was the "backbone of prevention".

She said songs such "the government encourages us to stop virginity inspection so we can collect child support grant" were not true.

Thusi said government would always be behind Reed dance.

"We need to be proud of our African culture and practise it properly," she said.