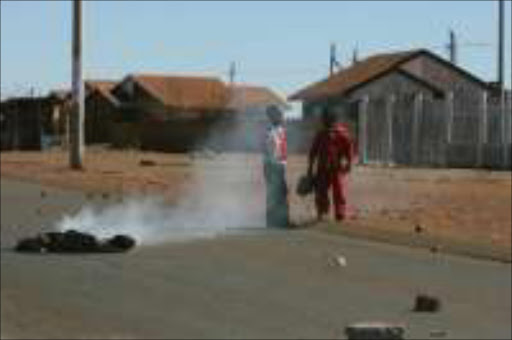 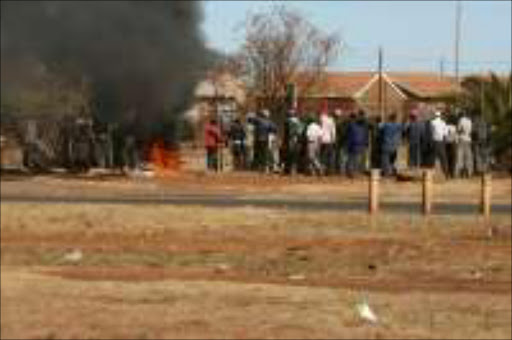 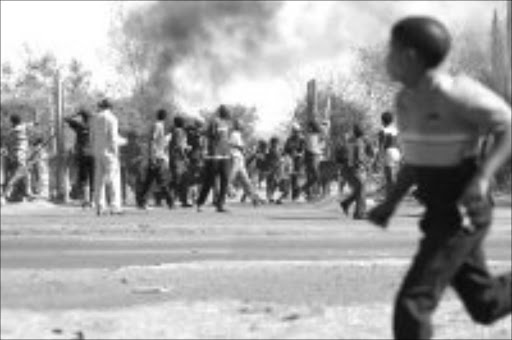 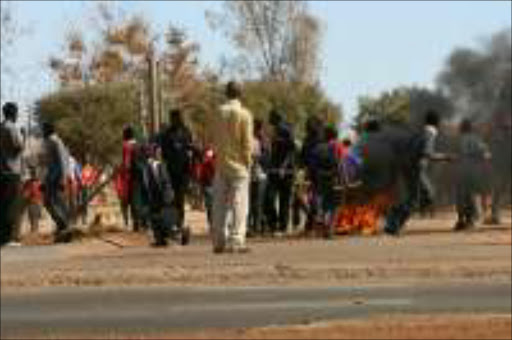 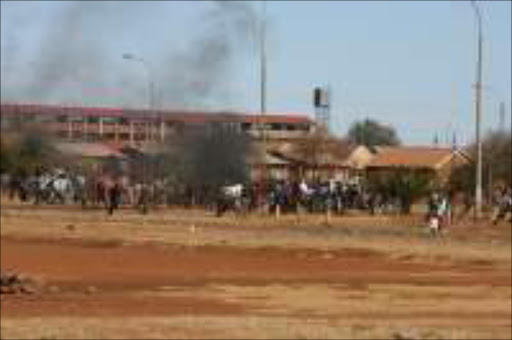 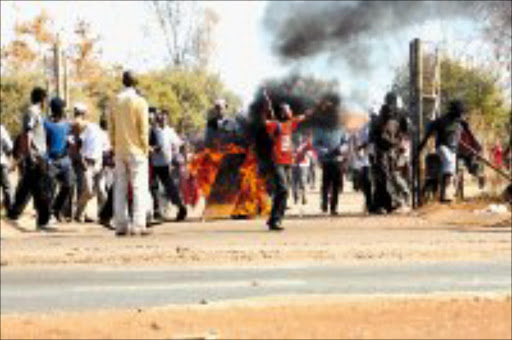 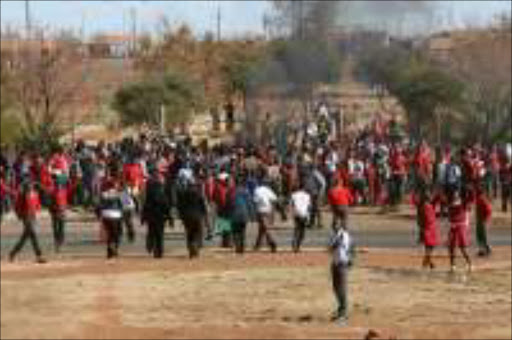 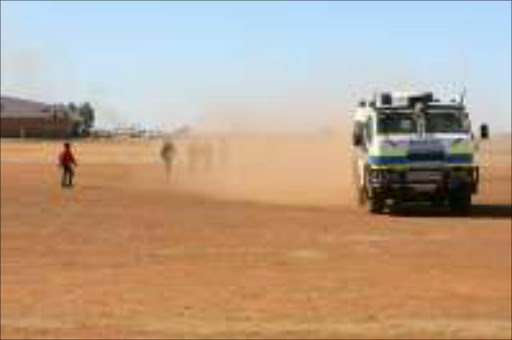 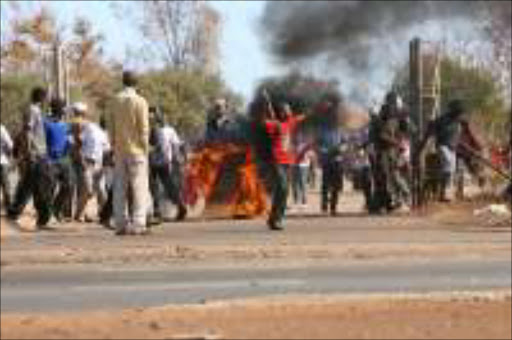 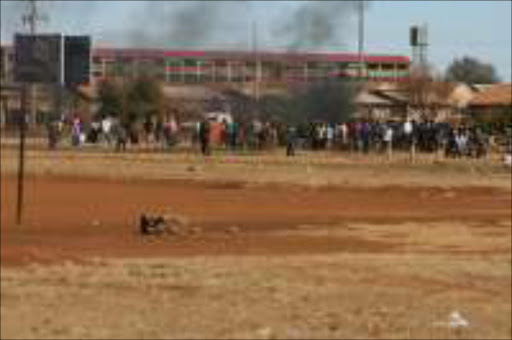 Teenagers from high schools around Khutsong disrupted Mbulelo Primary School yesterday and stoned pupils who had returned to class.

But as the youngsters ran for cover, some jumping over the two-metre high fence in panic to avoid bricks, two police Nyala armoured vehicles drove past and parked at an open field opposite the school.

The police joined adults who have been waging a battle against the government's decision to relocate the township into North West province, and stood and watched the attack.

A parent said: "What can you do? You intervene and these boys go after you in front of police and they do nothing. We expected the government to listen to us as residents."

By late yesterday it was still unclear how many pupils had been injured in the attack, but the police arrested no one before they drove away and disappeared into the township.

On Monday students at Badirile Secondary School ran amok and set the school on fire after a teacher and classmate urged pupils to return to class.

The student and the teacher were also attacked.

"We have been banned by the North West government from talking to the media," they said.

Education spokesman Charles Raseala said the department was doing everything in its power to bring normality back to Khutsong.

"The situation was getting better until riots started on Monday, but we are convinced that what we are doing is within our mandate and jurisdiction," Raseala said.

But yesterday youngsters of school-going age loitered on almost every street corner throughout the township.

Robots and street lights have been broken, and huge rocks have been placed on all the tarred roads.