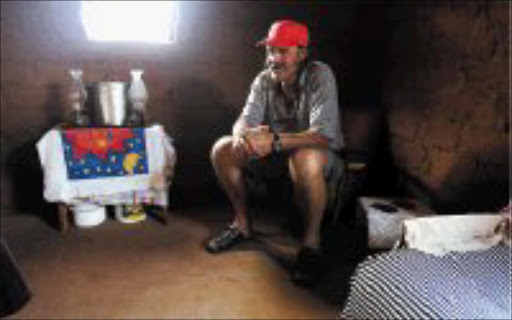 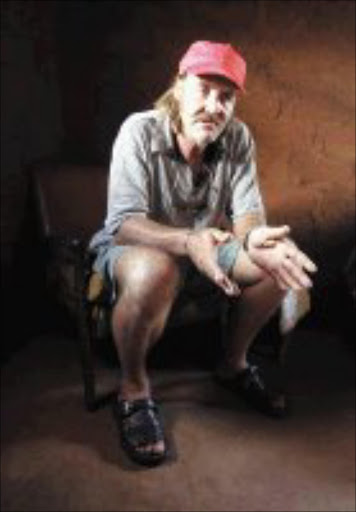 Ventersdorp conjures up images of a larger-than-life Eugene Terre'Blanche and the Ystergarde, the Nazi-like armed wing of his now-defunct AWB.

In this conservative backwater town, where blacks know their place and whites still control whatever economy the town has, stories of unfair labour practices and bad working conditions are so commonplace that they do not make it into the newspapers anymore.

The story of one ordinary, 52-year-old proudly South African father is typical.

The man, who says he just wants to earn an honest living, was, until Tuesday, working for a fencing company, erecting fences for a contractor who had won a tender from the Department of Public Works.

The tender was for the erection of fencing along a 30km stretch of road.

Come rain or shine, together with 19 colleagues, he toiled every day.

At the end of the first month they were not paid.

The second month came and went. Then the third, and the fourth.

"Instead of paying us," the man said of his employer, "he's forever making all sorts of excuses, promising to pay us at a later date."

The man is now bitter and has reason to believe that apartheid - in whatever guise - still exists in the new South Africa.

According to him, while his family suffers, his new boss drives around in a luxury SUV and only comes to check on the progress they have made.

In the classic style of what many Boer farmers used to do, the boss, the man says, whips out a fruit juice from his cooler box as he saunters around his workers.

We had been warned. Stories such as these are a dime a dozen in one-horse towns like Ventersdorp.

But there is a sting in the tail of this tale - the victim is white and his boss is black.

Attie Strauss, who describes himself as an honest, Afrikaner family man, is the only white person in a work force of 20 men.

This week he quit his job, accusing his boss, Tshepo Tsheloane, of being pompous.

"I couldn't stand it anymore," he said.

Tsheloane, on the other hand, says Strauss just wants preferential treatment because he is white.

"These people are contracted and it was stipulated in their contracts that they would only be paid when the work is done," he said.

"I explained everything to him, but to no avail and he left on Tuesday.

"I was never going to repeat what our country has managed to do away with after hundreds of years," he said.