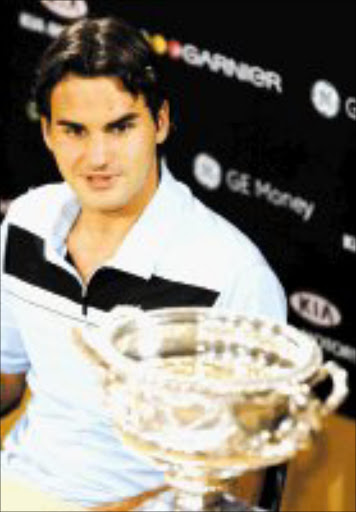 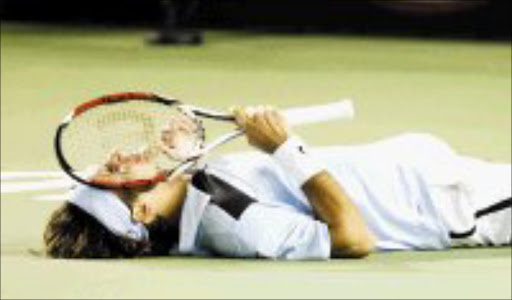 Federer improved his winning streak to a career-best 36 matches and advanced through a major without dropping a set for the first time.

The 25-year-old Swiss star became the first man in the Open era to twice win three straight majors and has won six of the last seven Grand Slam titles - his only loss was in the French Open final to Rafael Nadal.

By reaching the final, Federer tied Jack Crawford's record of playing in seven consecutive finals at the majors, set in 1934.

Gonzalez, seeded 10th and into his first Grand Slam final, kept Federer under pressure with his big forehand, but could not quite match the all-court game of the player who has been ranked No 1 for 156 consecutive weeks.

He broke Federer in the ninth game, the first breakpoint chance of the match, and had two set points in the next game but failed to convert.

Federer broke back to level at 5-5 and then had four set points in the next game before Gonzalez held in a game that went to deuce seven times and forced a tiebreaker.

Federer dominated the tiebreaker, jumping out to a 5-0 lead after winning a challenge against an incorrect baseline call to have the first point replayed.

Gonzalez had conceded only two points on serve in the second set until Federer broke to lead 4-3.

Meanwhile, newly-crowned Australian Open champion Serena Williams warns she is ready to take her game to a new level and wants the world number one spot after demolishing current holder Maria Sharapova.

In an ominous message to rivals on the women's tour, Williams said she was capable of improving on the awesome performance that left Sharapova on the wrong end of a 6-1, 6-2 battering in the final here on Saturday. - Sapa-AP