On Saturday South Africa starts its yearly 16 Days of Activism campaign. Though this is a useful exercise to raise awareness about child and women abuse, Mamokhothu Santho says justice has failed her 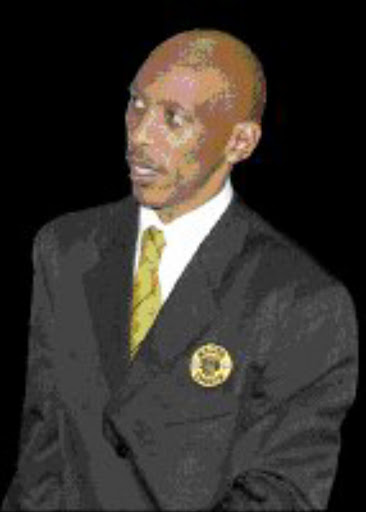 Mine is a story of a marriage that went horribly wrong and a decade- long fight for justice. The fight for my rights has resulted in my losing everything, including my two sons. It is 12 years after the dawn of democracy, and my struggle continues. I feel disempowered even more than before.

Mine is a story of a marriage that went horribly wrong and a decade- long fight for justice. The fight for my rights has resulted in my losing everything, including my two sons. It is 12 years after the dawn of democracy, and my struggle continues. I feel disempowered even more than before.

What does justice mean, when I, the victim, am victimised even more? When the justice system seems to work in favour of the perpetrator?

In my struggle for justice I left no stone unturned. I have canvassed ministers and deputy ministers, and now I am breaking my silence because it is time women set out the facts as they are - the legal system is not working for us.

This is my story. I tied the knot with the man I loved in 1992. We lived happily for a few months in Bloemfontein.

But six months after I gave birth to our first child and nine months after our wedding my former husband's behaviour began to change.

One day he came home drunk after work, accompanied by two women and a male friend. One of the women asked why I wasn't employed and told me that I was too fat. They all left and my husband came back the next morning at 2am.

When he knocked I freaked out and refused to open the door. But I eventually opened the door and he beat me up. This marked the beginning of what would become our way of life.

The incidents became many and I documented all the abuse I suffered. One day in 1997 he came home after 2am and he tried to force himself on me and I resisted.

I freed myself and escaped from our bedroom into the children's bedroom, broke their window and jumped out into the street naked. Blood was oozing from all over my body.

I ran to my neighbour's house and reported him to the police and he was arrested. He appeared in court and was released on R1500 bail.

I filed for a divorce in February 1998 and moved to Johannesburg. I couldn't believe it when the family advocate, at the behest of the psychologist, granted my former husband custody of the children, though an earlier psychologist had said he was the one with a problem. I was granted "reasonable access" to the children.

It was difficult to visit my children as I relied on public transport from Johannesburg to Bloemfontein. The distance sometimes made me fail to get to our meeting place on time.

In October 1998 I began to fight for custody of the children.

After an assessment my former husband's personality profile was found to be "favourable". Reading the court records I sometimes wonder if we were talking about the same man.

According to the male psychologist his conduct: "... is warm hearted, has shown good leadership; has internal control over his emotions; is well educated and has a good job and reputation in the corporate sector".

On the other hand, I am said to be "unstable, unpredictable, impulsive, selfish and self centered". It hurts to read these comments after all I have been through.

I was a housewife because I wanted to be available to my family and to be a good wife. But the court considered me incapable of taking care of my children.

I made another attempt to get custody of them after learning he was changing girlfriends frequently. I had also laid assault charges against him.

To my horror all of the case dockets went missing.

But they were eventually found and he was fined R4000, a drop in the ocean compared with the R20000 I spent in my quest for justice.

In January 2002 I made a third attempt to get custody, when I discovered that he and the children had moved to Klerksdorp without notifying me.

The enquiry was held in September 2002, and it concluded that "I was putting the children through unnecessary emotional stress, that my constant resistance to accepting custody orders was to the disadvantage of everyone and I must, for the sake of the children, accept that my former husband now had other relationships" and so on.

They also concluded that I have a tendency to undermine professional recommendations from psychologists, counsellors and advocates.

All this was done despite my complaint that he was in contempt of court because he failed to give me reasonable access to the children.

I have reached a dead end for legal help. I am breaking my silence during the 16 Days of Activism to help me overcome the torture that for more than a decade has crippled me emotionally, physically and financially.

If there is anyone out there listening, my question to you is: where is justice when a woman who is abused ends up losing everything, including her own children?

l This story is part of the I Stories produced by the Gender Links Opinion and Commentary Service for the 16 Days of Activism campaign.