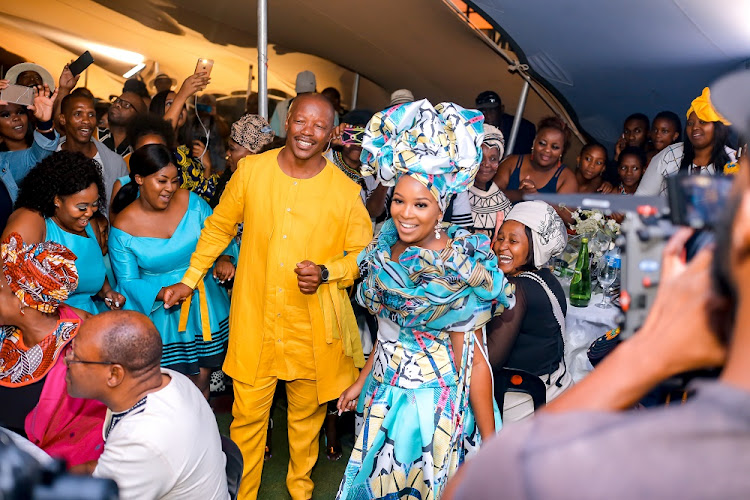 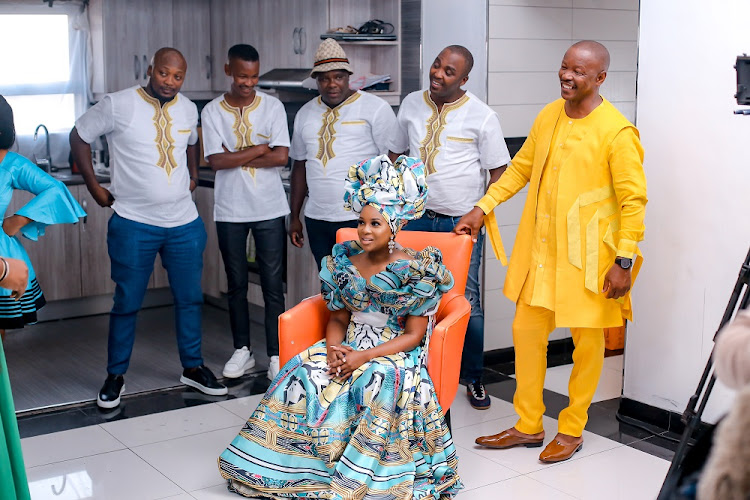 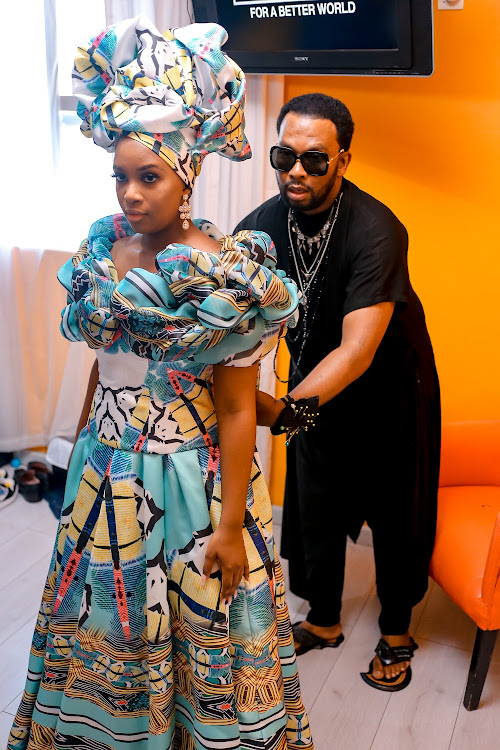 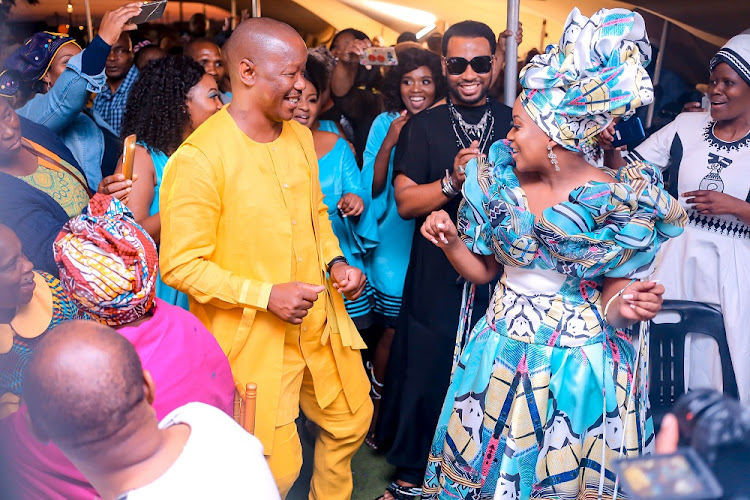 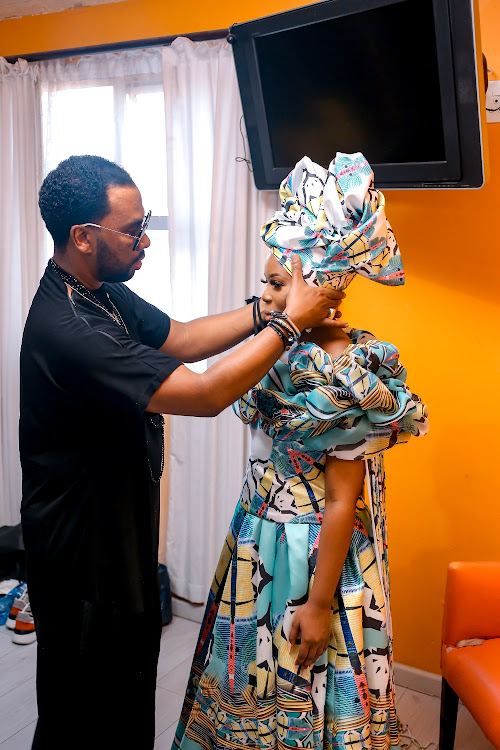 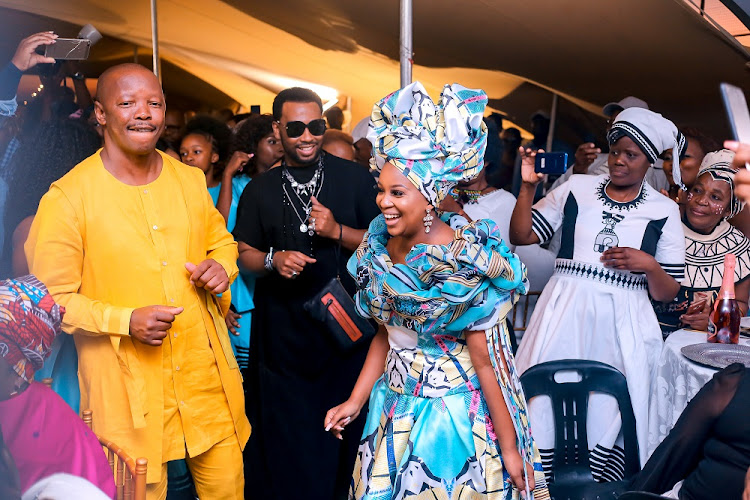 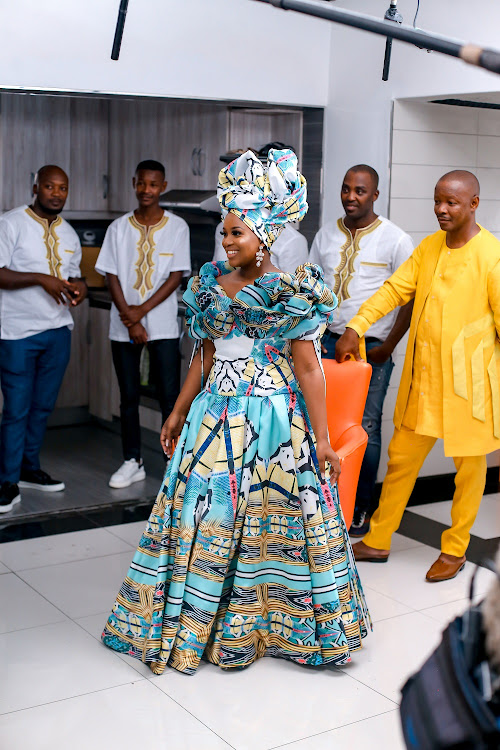 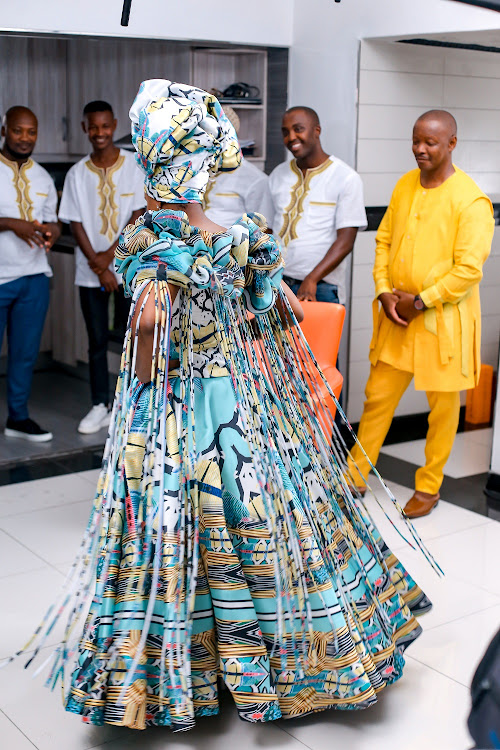 It’s been a little over a month since the bubbly Noluthando Sakayi neé Nxasana, 28, said her "I Dos" to her husband Andile Sakayi, 45, in a designer David Tlale ensemble that she won in a competition, while appearing in one of South Africa’s most watched wedding shows.

The happy couple, met at a mutual friends get-together in 2012. Though it wasn’t love at first sight, it was a matter of months before the encounter turned into a full blown relationship.

Sakayi, who’s still getting used to calling Andile her husband,  joyfully recounts how she managed to wed in a once-off David Tlale Design.

Last year during heritage month, Tastic and Tlale ran a wedding dress competition, calling on soon-to-be brides to enter by sharing their special story on social media, national and regional radio to stand a chance to win this one-of-a-kind heritage-inspired wedding dress.

“I was required to go to Johannesburg for the dress fittings and my fiancé Andile accompanied me. We were both surprised to find that David would also be making the outfit for the groom. He even wore David Tlale shoes, I didn’t even know David had a range of shoes for men.”

A groom in a gold and black wide sleeved kimono top, followed by the bride in a peach sleeveless gown with a metallic bodice, it was quite apparent ...
Good Life
4 years ago

Noluthando says she’s still basking in the experience and that it was ‘everything’.

“I kept smiling through the entire process, and telling everyone I can’t get this grin off my face. I have never won anything in my life. I was amazed by everything.”

Noluthando looked regal in the dramatic yet chic Tlale design, that had a full pleated skirt, a voluminous puffed neckline, and tassled accents, finished off with a towering headwrap that screamed queen. Her husband though, simply matched the theme of bold drama in a canary yellow ensemble that added fire to the cool blue tones of her gown.

The dramatic back of the designer dress.
Image: Supplied

“Being African means something unique to all of us. When designing the dress, I took inspiration from the way in which I saw how the country’s women and men express themselves during the heritage month, ” said David Tlale about his design.

When asked why she thinks she won, she said it probably had to do with her quirky and honest answer.

“I just tried to be honest, I am a quirky and  funny person, I just told them the truth, that I didn’t have a dress though my wedding was two months away at the time. I said the dress I want probably doesn’t exist because I had champagne tastes with beer budget and therefore I deserved, this designer dress,” she laughs.

Great things kept happening to her, she was approached to be on popular wedding show Our Perfect Wedding. She was excited about featuring on the show as ‘it is a staple in most South African homes, including hers. She consulted with her fiancé at the time and her mom who gave a resounding yes.

Noluthando says she found the whole experience took a lot of energy.

“When it was all done, I told everybody that my TV career was over! I was so tired, but happy. We had our white wedding on the Thursday and then filming began on Friday, so we never really had a chance to take a break, everything happened close together.”

The effervescent newlywed loves being married.

“It’s awesome, we dated for seven years before getting married, but being married is something else. Something changes, in a good way!", She laughingly adds.

David Tlale shines as he mourns his mom