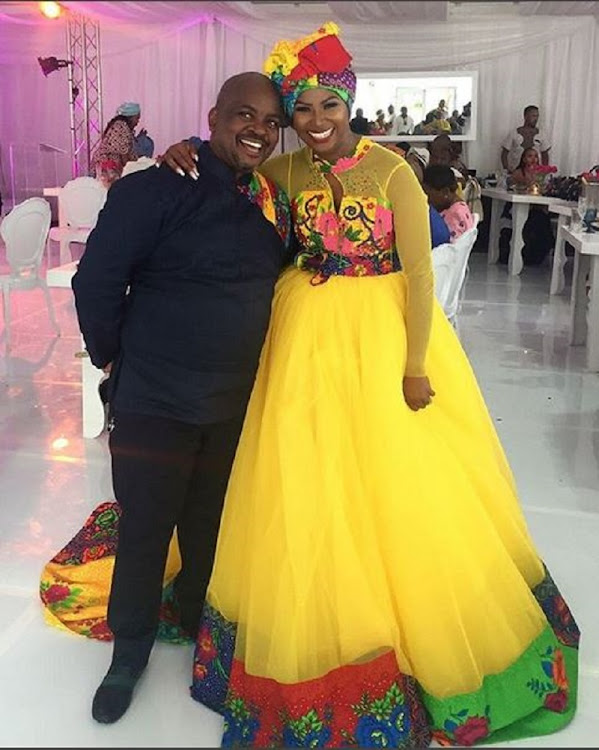 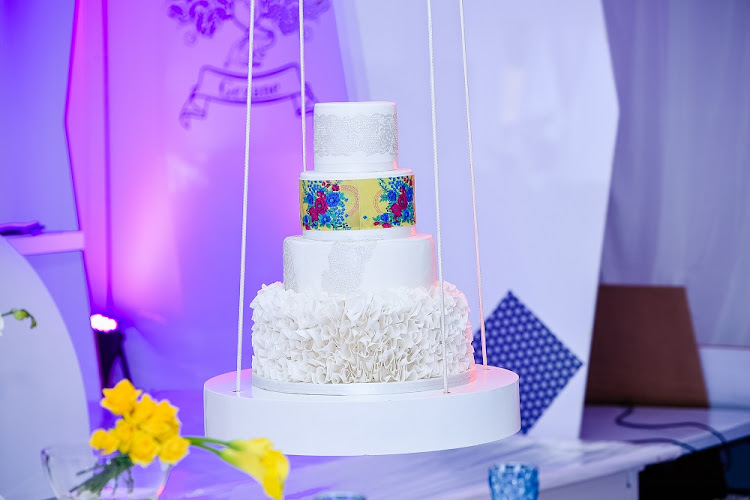 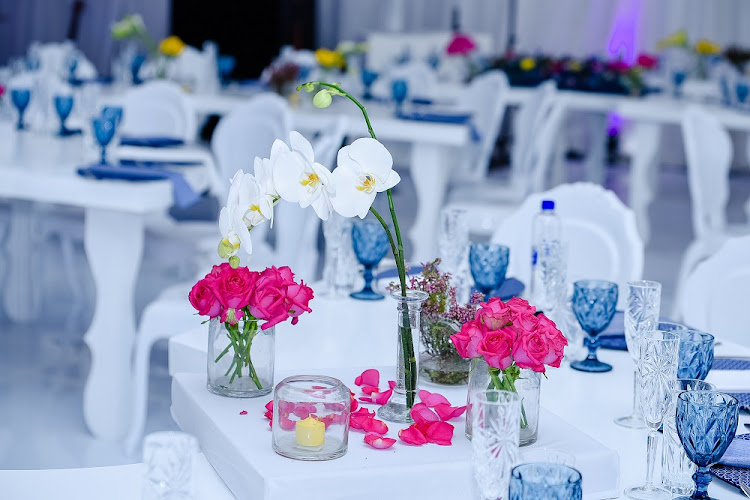 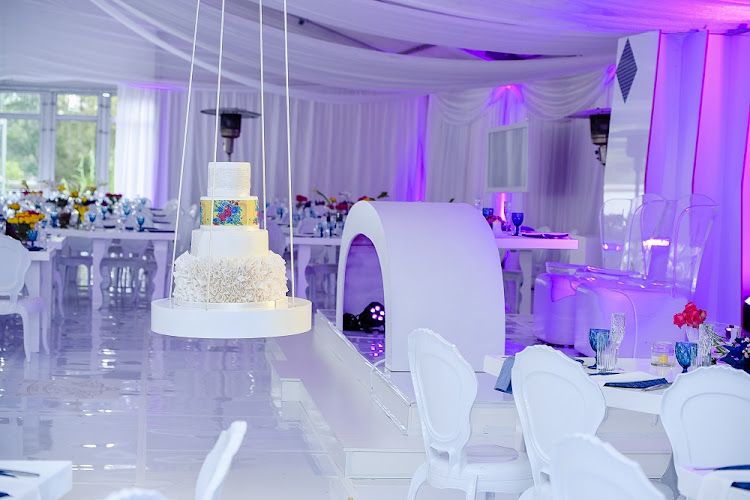 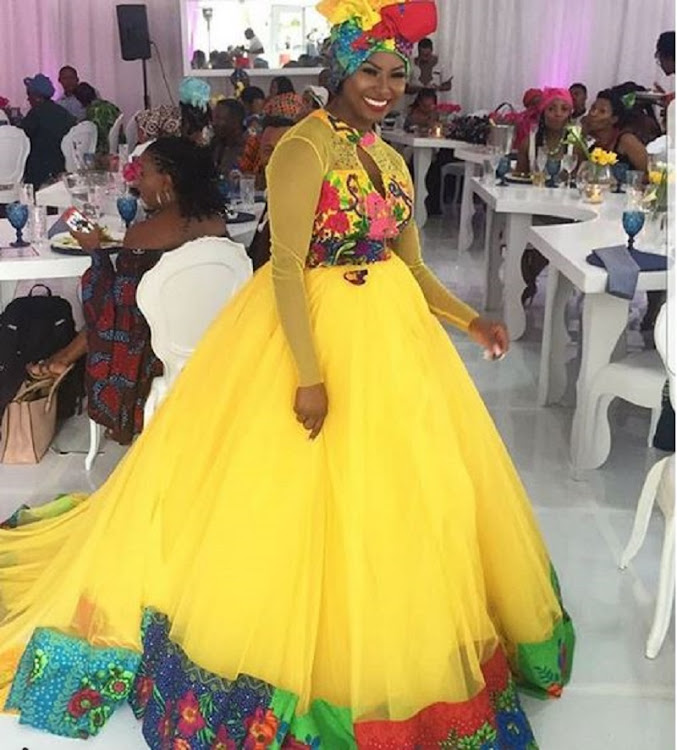 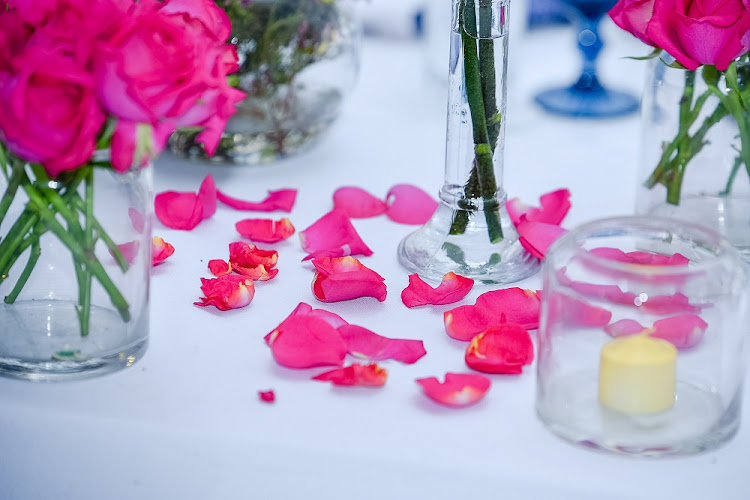 Themba Gezane (43) and his love Brinnette Seopela (38) tied the knot in a traditional ceremony this weekend.

The wedding was attended by close to 300 guests, among these were a few recognisable faces from South Africa’s entertainment industry.

The bride wore two outfits on the day. In the morning, she wore traditional Sepedi attire, given to her by her grandmother, who came from Limpopo to enjoy the festivities.

During the wedding lunch, she wore a striking number by Scalo. The bright yellow design of her XiTsonga traditional dress was what caught the eye on social media.

#btgezanewedding ... what a beautiful wedding🥂🥂.... celebration of Love❤️

Always so good being a part of something so beautiful. #AboutLastNight #btgezanewedding

While on the subject of social media, Brinnette the owner of a beauty spa called Spa Aesthetique in Riviona, says Gezane first sent her a direct message on Instagram 4 - 5 years ago.

“I met him for the first time on his birthday in 2015 in May, nothing happened and then last year again in May we decided to try it out. I gave him a chance last year May,” She said.

On the 100th day of the two dating, Gezane proposed to her with 100 roses over a candlelit dinner. To seal the deal, he had previously briefed her mother of his intentions.

Their traditional wedding celebration was held at Juskei Park, Fourways, north of Johannesburg.  It was a one day event that took close to a month to plan according to Linda Moeketsi of LMRelations.

This wedding was the first event that the new branch of his business, LMR Luxury Weddings & Events, had planned.

"The bride wanted her wedding to be a mix of XiTsonga and modern," he said.

The decor was minimal and flowers were the order of the day with orchids and roses on the half moon tables. According to Moeketsi the flowers were integral as they reminded the bride where she came from, she also wanted touches of the blue seshweshwe fabric on the tables.

There were signature photo backdrops and a bridal photobooth for attendees to pose before. There was a beautiful cake by Annicas Designer Cakes, suspended from the ceiling.

“In May, because clearly May has become our special month we will have our white wedding," she said.

Seopela is very excited about her next wedding ceremony.

She will be wearing two outfits again. One dress will be made by designer extraordinaire Gert Johan Coetzee and the second will be done by Diaan Daniels. She’s also enlisted the services of Zavion Kotze as wedding planner.

Seopela’s parting words were that focusing on each other’s past will only cause unnecessary strife.

“Love each other through everything, I mean there will be talk from everybody. People will say good things, bad things, not everybody will be happy for you. But if you just decide to shut down and focus on the two of you, you’ll go far,” She finished.

Issa traditional wedding and yours truly is the emcee.I am a wedding fanatic. #BTGezaneWedding

CHECK OUT OUR WEDDING BLOG BELOW: