Wife relives hubby's death in the arms of his mistress 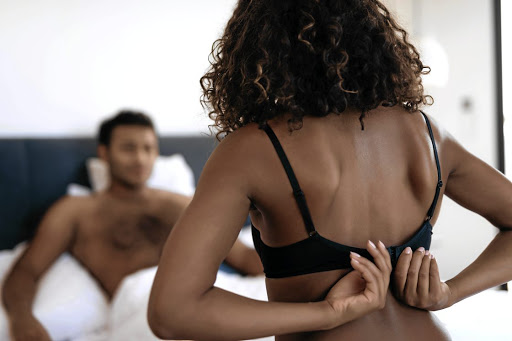 Doctors say the chances of a man having a heart attack during sex are minimal, especially for those with no known heart problems.
Image: 123RF

When her husband left home claiming he was going to watch the friendly match between Kaizer Chiefs and Bloemfontein Celtic that evening, little did *Dineo
know that it would be the last time she saw her husband of 20 years alive.

Dineo, a 54-year-old nurse at one of the public hospitals in Rustenburg, North West,
also did not anticipate that she would be plagued by a scandal involving her husband.

The scandal refuses to die down to this day in the rural village of Boitekong in the province.

This is because Dineo's 63-year-old husband died after suffering a heart attack that evening - while having sex with a mistress who was their neighbour.

Dineo reluctantly speaks to us about her ordeal. She says what made the news of her husband's death even more harrowing was that she did not know that he had any heart problems.

"He had cholesterol, but that was it, and I was making sure that his diet was healthy.

"That night, I remember the men from our village coming to tell me that something tragic had happened, but they were very cagey. They did not want to answer my persistent questions requesting details of exactly what had happened."

When the news eventually broke, Dineo was devastated, more so because she says that tongues would not stop wagging and that an eager beaver would always bring her the news from the street.

"They had to dress my husband as he was found nude. It was honestly the lowest point of my life hearing that, and the week leading up to his funeral was torture.

"I kept vacillating between wanting to wake him up from the dead and punching him, to blaming his lover for his death and even to blaming myself.

"I'm a professional nurse and perhaps I should have picked up that something was amiss with his health. Also, if I had been a better wife, perhaps he wouldn't have seen the need to go out and he would still be alive today."

To add insult to injury, her husband's funeral turned into a circus when the mistress attended it and got into a squabble with her in-laws.

Although it has been five years since this happened, Dineo says she is still not over it. "People still look at me as the wife whose husband died during sex with a mistress. I will never get over it."

Physician Dr Gontse Lesufi says although death occurring during sex is a reality, there really isn’t any cause for hysteria.

This is because chances of having a heart attack during sex are minimal, especially for those with no known heart problems, he says.

“It is firstly important to understand that a heart attack can occur at any time, whether one is physically active or not.

In fact, the majority of heart attacks recorded have occurred when people were resting.

However, Lesufi says that people older than 50 and those with cardiovascular diseases may be more at risk of death during sex, and should consult their doctor for advice about which type of sexual activity is safe.

“An example of safety precautions your doctor may recommend is avoiding lying on your back during sex, as your lungs may have an influx of fluid.

“However, there are many reasons why the heart may experience problems during sex... One of the possible biggest reasons can be arteriosclerotic
vascular disease, which happens when one’s arteries have a build-up of cholesterol, fat, calcium and other substances.

“This build-up leads to plaque, which as time goes by causes the arteries to be narrower and inflexible.

“So in the case of sexual activity, the heart beat may escalate to 120 beats per minute, and because of the plaque blocking the arteries, the heart
will be unable to get the necessary oxygen and nutrients, which can result in a heart attack or even death,” he says.