Moments to melt the heart 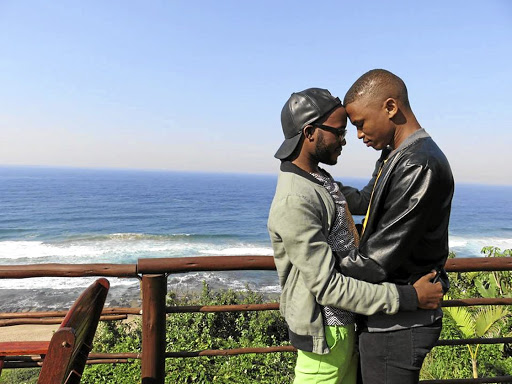 Mosa Seloane and his lover Siya Ngcobo of Glenmore, Durban, share a tender moment. The video of Ngcobo proposing to Seloane went viral on social media, melting hearts in the process.
Image: Supplied

Remember the saying, it's the thought that counts?

Well, when it comes to relationships, the mere thought may sometimes not be good enough.

While some people choose not to be ostentatious in celebrating their relationship milestones, others make certain moments extra special without breaking the bank.

Doing so can really bring a couple together and leave them with memories they can cherish for a long time.

We spoke to two couples whose special moments didn't cost the earth.

The video of Ngcobo proposing to his lover Seloane went viral on social media, melting our hearts in the process.

Medical student Seloane got down on one knee with the beautiful backdrop of the botanic gardens and an array of placard-bearing cheerleaders to propose to the love of his life, Ngcobo, a 28-year-old industrial psychology and legal studies student, this year.

Sophie Ndaba on love: It's my third but fabulous marriage

"It's my third but fabulous marriage."
Shwashwi
3 years ago

The two had been dating for about three years and the 24-year-old Seloane says that he had been planning to propose for a while and had even been saving money for a ring without Ngcobo's knowledge.

"After I purchased the ring, I asked for help from my friend Anele Moly, who came up with the idea of proposing at the botanic gardens. We planned and executed our plan in three days without Siya's knowledge.

"We made Siya believe that Anele was going to interview both of us at the botanic gardens for our YouTube channel about how we met. On the day of the proposal, we changed the story and told Siya that we will be doing interviews individually at different times. He had no idea that I was gonna be waiting at the end of the interview at the botanic gardens to propose to him," he says.

"He was surprised and overwhelmed with joy. When he said yes, tears of joy started falling down my cheeks."

ProVerb and Liesl's love story started on a street corner

Two years later and they're totes in love.
Shwashwi
3 years ago

In the video, Ngcobo can be seen casually walking around answering questions about their relationship. Then his partner emerges with a sign that read: "I will never forget the day I met you. I want you to be the first thing I see every day. Will you marry me?"

"I was immensely shocked at him kneeling down with tears in his eyes and asking me to marry him," Ngcobo says.

They have not yet set a wedding date.

Ubisi says that the most romantic first date she has ever been on had nothing to do with the bells and whistles.

The duo had never been on an official date, until Lehoko took her to Gold Reef City's theme park and insisted they go on the most terrifying rides.

"I was initially repulsed by the idea. There are some rides I would never go on because they are just plain scary. But then he told me that he wanted me to conquer my fears and that he wants me to trust him. Him being there for me all the way represented the way he wanted our relationship to be.

"I was so touched. That was really heartfelt and endearing, and it brought us a lot closer.

"After the rides he topped off the date with dinner in a restaurant where there were literally just the two of us. We had wine and an exquisite meal.

"That first date certainly stands out for me as being the most special I had ever been on. It taught me that one doesn't need to go all out and break the bank, but that sometimes it's the little things that count," she says. 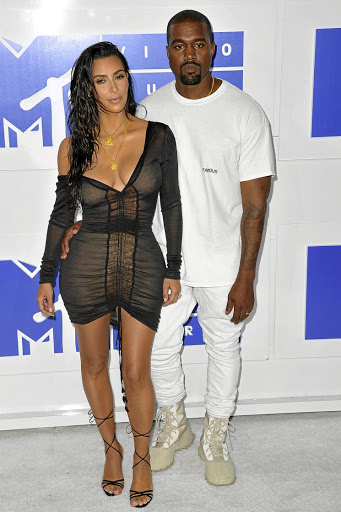 The most romantic celeb stories

When celebrities care about their significant other, they make a big spectacle about it.

These are some stories that melted our hearts:

When the pair was still dating, Kanye surprised his then girlfriend Kim on her birthday with an unexpected proposal.

He took her out to San Francisco for what she thought was a birthday dinner, but when she got out of the car, she was greeted by a 50-piece orchestra that performed one of her favourite songs, Young & Beautiful by Del Rey. With fireworks in the background, Kanye got down on one knee and proposed.

The couple once had dinner all alone at the Staples Centre. This after Justin reportedly hired out the entire place for a private screening of her favourite movie, Titanic.

Last year Shona surprised his wife Connie with a lavish Mercedes-Benz AMG which Connie found parked in the garage wrapped with a gold ribbon when she came home.