How love takes a backseat for the blessed girls 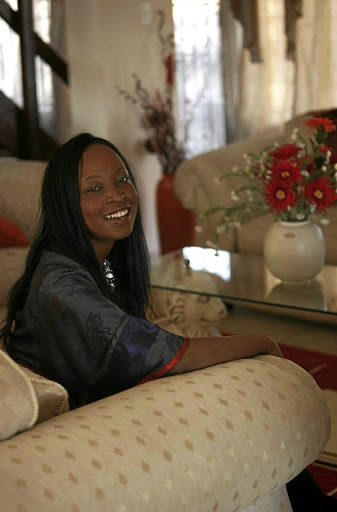 A prominent writer who has penned a book on blessers and blessees says she was shocked to learn that such relationships were not driven by love.

Angela Makholwa, who wrote The Blessed Girl, which hit the shelves in the first week of this month, tells of how it has become a norm to have wealthy married philanderers using their resources to take advantage of blessees, who in turn view men as cash-cows.

"Love takes a backseat in a lot of these arrangements. The main thing for a blessee is that 'I need to get as much as possible, materially, from this relationship'.

"And it seems like our values as urban black South Africans have shifted because of the proliferation of instant millionaires, such as tenderpreneurs, and there is an instant greed for the high life.

"The bigger and more disturbing trend is that women are allowing their bodies to be exploited [for material gain] and conspicuous consumption," she says.

Makholwa says some blessees, who tend to be exceptionally beautiful, are unemployed but receive monthly allowances which allow them to live luxurious lifestyles.

"What was interesting for me was that in a country that has gender imbalances, gender-based violence, high rape statistics and [high] HIV/Aids infection rates, you find young, smart, clever girls who have been to university choosing to get involved in a blesser/blessee transactional relationship.

"A lot of them don't see the point of working anymore," she says.

However, Makholwa reveals, it is becoming more difficult to attract unemployed young women.

She says the blesser/blessee phenomenon has raised the stakes to an extent that the relationships are no longer about menial items like airtime.

"There are some who receive tenders from their tenderpreneur blessers who have got lots of tenders from government departments.

"The blesser would register a company and outsource a portion of the business to the blessee to keep them happy," she says.

She says there are smart men that would buy the blessees franchises, cars or townhouses, but the properties will remain in the blesser's name.

"If he gets tired of you, [if] you don't tow the line or you go out with guys your own age and get busted, you are thrown out of the townhouse and he repossesses his business or the car.

"There is a false sense of achievement that blessees are accumulating things while they are in the relationship, but in truth these men are clever business people and they are not going to give you a title deed to a house," she says.

She says when the blesser and blessee phenomenon started, she thought it would be a passing trend involving a small group of people.