How to revive sex life after infidelity 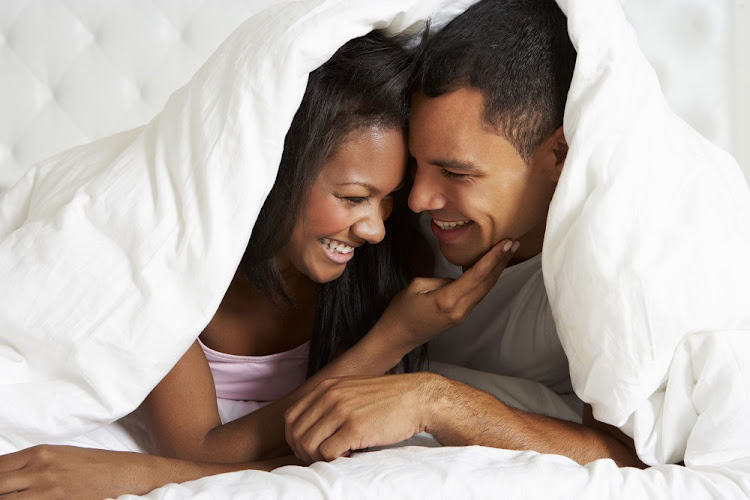 There are often several reasons why people's sex lives hit a speed bump along the way. Perhaps the couple is stuck in a rut.

Perhaps the kids are not giving the couple enough adult time. This is only natural and solutions, tips and advice for reviving your sex life by spicing things up or finding creative ways to ditch the kids for a few quickiess are abundant.

Can your sex lives be revived after such catastrophes?

Anastasia Skeepers, a psychotherapist specialising in couples therapy, says that most people are often focused on the emotional turmoil that comes with a partner having an affair and often neglect to think of the ramifications of the affair on their sex lives.

"It is only natural to be emotionally battered when a partner cheats, but the sex life of a couple often suffers collateral damage. After deciding to forgive their partner, most people often view sex as something that will always be there and cannot be re-learned, almost like riding a bicycle, which is a big mistake.

Apart from going for couples counselling after being devastated by an affair, I believe that a couple also needs to pay a sex therapist a visit in order to learn to have sex with one another comfortably and intimately again," she says.

Skeepers weighs in on different scenarios that could throw a couple's sex life off balance, even after they have decided to mend their relationship.

According to Skeepers, there's a lot of emotional turmoil that the partner who was cheating on may experience after an affair, which inevitably affects the couple's sex life.

"The scorned partner may try too hard to please and overcompensate. This comes from comparing themselves sexually to the person their partner cheated with.

"Because an affair breaks one's self-esteem, a lot of self-deprecation tends to happen where the partner may feel the need to 'out-perform' the person their partner had sex with, mostly because they blame themselves for perhaps not being spontaneous enough, flexible enough or wild enough. So the partner may turn into a raving sex machine, but the motivation is often riddled with a lot of pain and self-doubt."

"The other side of the spectrum is a couple's sex life coming to a complete standstill because the partner who was cheated on resents having sex with their partner."

"Cheating that comes with residue can be an annihilating blow to the relationship. What most people I have counselled have struggled with is the betrayal. Not of the cheating, but that their partner was willing to risk it all by having unprotected sex with the other party, despite the risks involved like an STI, a pregnancy or HIV.

"Irresponsible behaviour like that can make the partner question if they even mean anything to the other party. So that can be the biggest hurdle to overcome."

"While some people's sex lives often thrive after being apart for a while, others fall flat. The reason for the latter is that they could be struggling with being familiar with their partner sexually after the break.

"Coming back together sexually after being apart from a partner for more than a year is not easy, and some people can actually keep mental notes about what their partner does differently in bed compared to when they were initially together."

How to overcome obstacles:

Skeepers says that patience, understanding and a willingness to revive your sex life after hitting these relationship icebergs are the only way a couple can overcome them.

To revive your sex life after an affair, the most importantthing is to make sure that youhave forgiven the indiscre-tion. There’s no point in work-ing on reviving your sex life ifyou still harbour resentmentand anger.

You will need to get tested frequently, at least for the next six months for both STIs and HIV after an affair caused both of you to have an STI until you have both been given a clean bill of health.

Sex after a break will require the couple to take time to re-connect. They will have to go back to the basics and learn to fall in love with each other again

Sex workers in Soweto have upped their game by using a website to sell their services.Unlike their curbside counterparts, the ladies and gentlemen of ...
News
4 years ago

I was telling my new man friend the other day that I love going out, it is my biggest indulgence.
Opinion
4 years ago

Nohle [not her real name]‚ a 35-year-old sex worker‚ has had five abortions. The first two she tried to self-induce; the next three were performed in ...
News
4 years ago

Although no one will readily admit to it, the fact is that everyone has had sex dreams at some point in their lives.The nature of the dreams can be ...
Good Life
4 years ago
Next Article