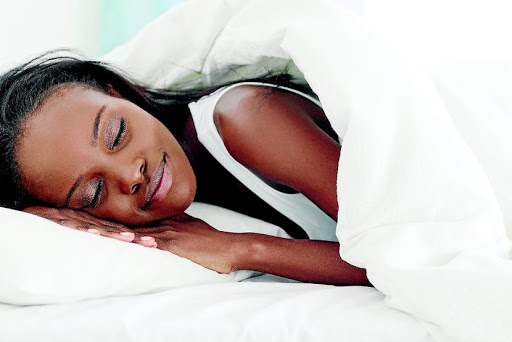 Since sex is part of life, it's no wonder we dream of having sex. / OLENA YAKOBCHUK / 123RF

Although no one will readily admit to it, the fact is that everyone has had sex dreams at some point in their lives.

The nature of the dreams can be exciting, like dreaming of getting your favourite celebrity into the sack.

But the dreams can sometimes take an embarrassing turn, like dreaming of having sex with your boss, or worse, your partner's best friend!

Some people believe that dreams carry significant meanings in our lives, so could the type of sex dreams we have also reveal a lot to us?

Sexologist Elvis Munatswa says dreams could actually highlight something that we are consciously trying to suppress.

My dormant partner is not giving me enough sex

"In trying to understand why people have sexual dreams or any dreams in general, various models have been proposed.

"One of these is called the neuro-structural model of dreaming in which the instinctual motor brain plays a pivotal role in generating dream images.

"In this model, sexual experiences constitute one of the typical dream themes that are shared by most people, even within diverse ethnic settings.

"According to the neuro-structural model of dreaming, the unconscious forces its way into the conscious during dreaming. Dreamers therefore, have no ethical bonds and act out their repressed instinctual impulses.

They then have sexual dreams," says Munatswa.

Munatswa asserts that the study may not fully encompass the correct demographics though, as some people are bound by culture not to disclose such information.

"Different cultures put weight on such dreams differently and therefore make it difficult for anyone across cultures to know for sure how often it happens, and when they know, slightly exaggerate the frequency depending on what's acceptable in one's culture," Munatswa says.

Munatswa says it was discovered that a whopping 80% of people that have sex dreams do actually have an orgasm.

He came up with some rather surprising results:

Dreaming about having sex with a total stranger

Dreaming about sex with a celebrity

On the surface it could just be that you're crazily attracted to this particular person and wondering what it would be like to sleep with him/her. More often than not, though, it can symbolise a craving for attention, either socially or from your partner. Oddly, it could also be a positive side effect from engaging in more me-time.

Dreaming about sex with your partner

If you dream of your partner, it's usually an indicator that your relationship is very strong.

It can be a sign that you're becoming more aware of some quality in your partner. For example, if you dream that your guy is being very dominant, it suggests that having your guy in a position of power (making decisions) turns you on.

But if you're having issues (especially sexual ones), these may pop up in your dreams too, as in, you wake up just as the sex is heating up, indicating that you may be holding back from fully expressing yourself with him.

Dreaming about sex with many people at once

Dreaming about sex with a colleague or a friend

Often these are about taking control of a situation. They can reflect a power struggle between you and a colleague, and aren't actually about sex. Your sleeping mind gives you some control through having sex the way you want it.