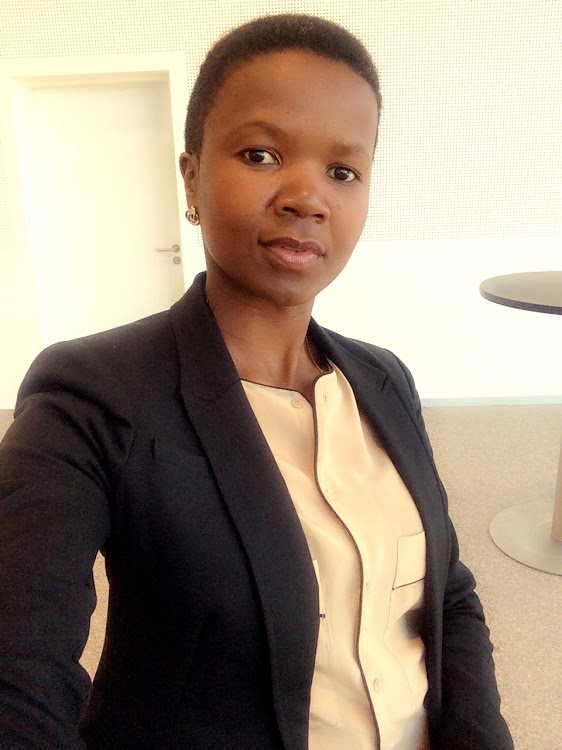 The shy, quiet demeanour of hepatologist,  Dr Neliswa Gogela, conceals the passion and tenacity it took for her to begin her academic journey.

To achieve the matric results that she knew would one day help her become a doctor, Gogela studied by the light of a small lamp late into the night. Her grandmother even chided her for using too much precious paraffin — she had instilled a fierce discipline in her by insisting she get home immediately from school to study.

When she started working as a registrar at Groote Schuur in 2005, Gogela told the dean of medicine that she wanted to be a liver specialist. Says Gogela: “He said, ‘You know hepatology is not even registered with the Health Professions Council of SA?’ And I said there are so many people with liver conditions and (then) just two people to carry that burden across the whole of Sub-Saharan Africa.

“He could see that I knew exactly what I wanted, and so he made plans to make it happen. I wanted the impossible — a subspecialty that was not registered, with no government-funded post available.”

Then, she secured a life-changing fellowship at Massachusetts General Hospital (MGH) in Boston, US, through the Discovery Foundation.

“My dean and Discovery made it happen. Discovery helped me train at UCT for three years under two hepatologists, and then I managed to get to MGH — which I count as the best year of my career,” she says.

While in the US, she published more papers in a single year of training than in her entire career until then. During this year, she assisted on 50 liver transplants. This is 10 times as many as she would have done in a year at Groote Schuur Hospital in Cape Town. Her husband and two sons stayed with her in Massachusetts and her training was fully funded on a pioneering MGH Discovery Fellowship.

Gogela has since graduated with her MPhil in Advanced Hepatology and Transplant, and works as a hepatologist at the UCT Private Academic Hospital. Her next step is securing her PhD in liver disease. This will further boost local knowledge, especially of fatty liver disease, one of the most serious among SA’s burgeoning epidemic of lifestyle diseases.

“It’s all about raising awareness”

“Right now, we don’t have treatment for fatty liver disease. We don’t understand the true mechanism behind it. Why, for example, are certain ethnic groups more predisposed?” says Gogela. Patient advocacy is also a particular concern. She says patients’ lack of knowledge about their conditions can have potentially devastating effects.

“If you have Hepatitis B, your partner and any sexual contacts need to be vaccinated. Children need the vaccine because they are generally asymptomatic. By the time they present with symptoms, it’s often too late. So, it’s all about raising awareness and catching the disease early,” she says.

“We can all do this”

Gogela’s philosophy on life is one emulated across the country by a cadre of vocation-driven, committed colleagues. It’s one that’s seen her overcome major challenges growing up in a poor rural area of the Eastern Cape.

Asked what she thinks South Africans need to do to create the change they want to see, she says: “I think it starts with believing we can make a change, because if we don’t think that we’re capable, we’re not going to do it. Yes, we have our limitations in the health care sector, but we mustn’t dwell on those. Rather look at how we can use the resources we have to improve our conditions.”

Reflecting a sentiment that’s often repeated among local researchers, she adds: “I think we should stop relying on the developed world’s information and their assumptions about what affects us. Let the world hear from us rather than make conclusions about us. I didn’t believe it before Discovery gave me the opportunity, but I thought: We can do this — we just need more manpower.”

She describes her clinical research and children as her two great loves, and counts honesty and kindness as her two most important values. “Caring for sick people and not looking at them as diseases, but as individuals with families, someone’s mother, aunt, a breadwinner ... you pull out all the stops to make sure they return to their families,” she says.

She sees her future role as educating as many young doctors as possible, and her gentle bedside manner and hands-on teaching approach have evoked deep affection for her among medical students.

She tells them: “The patient has a name, a family, and if you look after that, then it becomes easier to go the extra mile. Find out who they are and then get on with the examination and investigations.”

It’s advice that today makes her advanced knowledge so much more effective.

Read more about how Discovery fellows are bringing cutting-edge medicine to SA shores.

This article was paid for by the Discovery Foundation.

How Covid-19 is affecting health science students from rural areas

‘No doctors in our rural KZN town? Let’s train our own’