Why dieting is a his or hers type of game 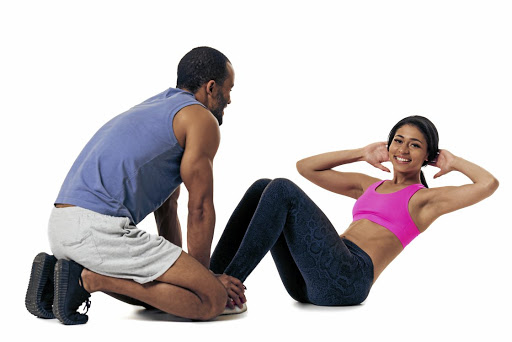 Everyone has at some point used the foul D word - diet.

Although, to be honest, there seems to be a big difference between how the sexes handle the discussion around going on a diet.

While most female friends have no qualms gabbing to each other about the latest revolutionary diet guaranteed to "melt away the kilos", the latest waist trainer Kim Kardashian uses or a fad diet that Naomi Campbell is on, men are less candid about such things. This leads us to wonder; do men also go on different types of diets to achieve the best results?

Dietician Vusi Sape says men and women look at dieting very differently, and that this has a lot to do with the motivation behind going on a diet in the first place.

He says that although men also partake in fad diets, yo-yo dieting and crash dieting, the two sexes have distinct reasons for doing so.

"These diets are followed by either men and women, however, literature shows that women are more engaged in them compared to men. For instance, when we look at yo-yo dieting, also known as weight cycling, which describes the pattern of losing weight, regaining it and then dieting again, studies show that it is common among only 10% of men and 30% of women on average.

"I think it actually speaks to beauty and fashion orientation. Only a few men will do
it for physical make up and attraction to beauty," says Sape.

"Normally, men prefer burning the fat or losing weight through physical activity such as cycling, running, weight lifting and so forth as compared to following a certain yo-yo or fad diet.

"Men will mostly diet for the building of muscle, and their target areas would be triceps, biceps, V-shape thighs, broader shoulders, six packs and so forth, while women go on fad diets for flat tummies and nice curves and bums."

Men also tend to find it easier to lose weight than women do, according to Sape.

"Experts often find that when men learn more about nutrition, they tend to lose weight more easily than women do, through a simple adjustment of their eating habits.

"For women, weight loss can be a greater emotional challenge. The importance of appearance and media pressures to look a certain way often complicate weight-loss efforts for women. Diets for men are also helped in part by lifestyle.

"In many households, women do the grocery shopping and cooking, planning what the family should eat. Thinking about food, cooking it and being around it all of the time make it that much more difficult to resist temptation and lower caloric intake on a regular basis."

Sape advises that if you are considering going on a diet, there are a few important factors to take into consideration:

"Men and women's diets cannot be identical because they have different nutritional needs. For instance:

"A registered dietician [can help] to determine all the macronutrient needs in order to stay healthy."