Gauteng on brink of mortuary crisis 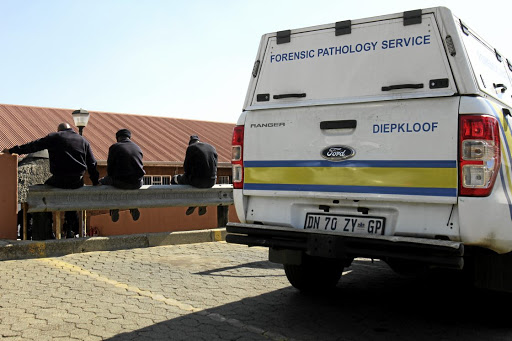 Forensic pathology service staff members are refusing to dissect corpses because it is not in their job description. /Sandile Ndlovu

Gauteng mortuaries will be plunged into a crisis should workers continue to refuse to dissect corpses.

This was the warning in papers filed by the provincial health department at the Johannesburg Labour Court on Monday.

The department is going to court today in a bid to have the strike action by forensic officers at 11 mortuaries in Gauteng declared illegal.

Workers have been refusing to dissect bodies since March 7, their complaint being that they do not have the necessary training.

The South African Liberated Public Sector Workers Union (Salipswu) accused the department of reneging on a June 2017 agreement to train the workers.

"Should the respondents continue not to perform their duties, this will cause a crisis and this crisis has the potential of continuing for a prolonged period," he said.

Modisane said they hoped the court would put an end to the strike.

He said the Germiston mortuary remained the worst affected as workers there were refusing to perform dissections. They were relying on minimal staff at other mortuaries to perform the procedures.

There was a backlog of about 65 bodies on Tuesday, said Modisane, and they expected the numbers to escalate as new bodies are brought in.

Yesterday, the national secretary for Salipswu, Moses Tsotetsi, said workers were not on strike but were refusing to do work which they were not trained for.

He said workers were performing other duties such as picking up bodies and attending court proceedings.

"No bodies have been left in the streets and at hospitals. We dispute the allegations that workers are on an industrial action," he said.

Tsotetsi said workers were frustrated because they were expected to conduct "illegal" dissections due to the skills shortage within the department.

He said it was regretteble that families who were waiting to bury their loved ones were made to suffer, but the blame should go to the department.

The union's provincial secretary Jacob Molefe said they had approached the South Gauteng High Court in Johannesburg for an interpretation of the workers' duties.

"Should it happen that they do it [dissect] wrongly at some stage they will be charged because they don't have training," he said.