How ‘Mina. For Men. For Health’ is empowering men to turn the tide on HIV/Aids in SA 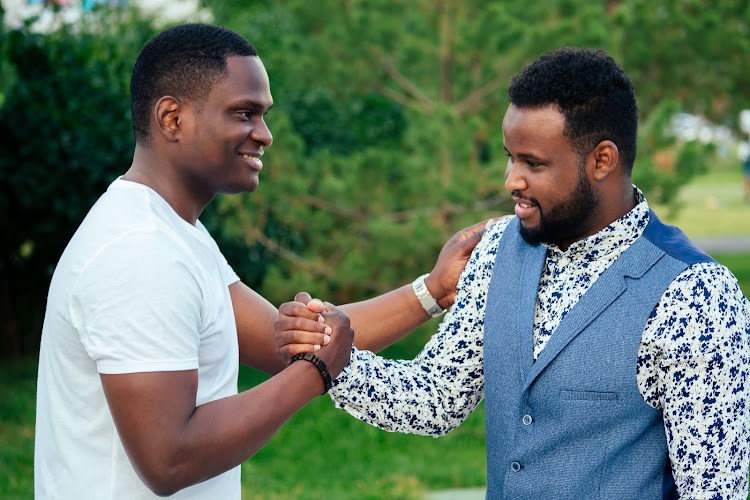 The “Mina. For Men. For Health” campaign creates spaces where men living with HIV/ Aids can connect and support each other on their journey to health.
Image: 123RF/nightunter

The isiZulu word “mina” translates to “me” in English. But for most South Africans, a person is only a person among other people. The sense of belonging to a community comes with a responsibility to play one’s part and contribute to the greater good.

That’s why the “Mina. For Men. For Health” campaign has a strong sense of Ubunthu at its core. It was launched in 2020 with the aim of using men’s health and wellbeing as a springboard to create positive social change in local communities.

With a focus on encouraging men to find out their HIV status and, if they test positive, to start and stay on treatment, “Mina wants to save lives and it wants those lives to be lived well”. It therefore also promotes other aspects of healthy living such the importance of exercising, eating well and having the Covid-19 vaccine.

Led by the department of health, with support from the US President’s Emergency Plan for Aids Relief (Pepfar) and the US Agency for International Development, Mina is active in 400 public health facilities across SA.

It empowers men by offering direct links to clinicians, access to support groups, and education on topics as urgent as the rising number of cases of lifestyle diseases and sexually transmitted infections among Mzansi’s men.

Through its educational materials such as the “Roadmap to Health” leaflet and Impilo magazine, it provides HIV positive men with all the information they’ll need on their journey to health.

Perhaps most importantly, Mina is helping to create a new generation of men that take accountability for their health

Perhaps most importantly, Mina is helping to create a new generation of men that take accountability for their health.

Research shows that many SA men feel pressured to avoid seeming weak at home, work and among their peers. Most of the studied groups agreed that this affects their healthcare choices from the food they eat to the level of trust they place in healthcare workers. It also determines how often — if at all — they seek professional medical advice and treatment.

So, from the beginning, it was clear to the Mina team that they needed to change the narrative men’s health to succeed. One of the ways they’re accomplishing this goal is by identifying and championing positive role models.

Mina shares the stories of men who are successfully living with HIV/Aids, using platforms such as television, radio and social media to challenge the stigmas that many HIV-positive men face.

MINA - For Men. For Health.

It has also created spaces where men can come together to share their experiences and support each other, creating bonds, friendships, brotherhoods and a sense of community.

As mentioned, the sense of belonging to a community comes with a responsibility to play one’s part and contribute to the greater good. Take Thanduxolo Doro from Qonce (former King William’s Town) in the Eastern Cape, for example.

Doro found out he was HIV positive during a health check for work. “The first person I told was my mother,” he says. “I had to invite the nurse to be around. I was not fully equipped to answer questions that my mother might have had.”

Doro’s story illustrates that Mina is more than just a campaign; it’s a movement that starts with men taking accountability for their health, and swells into the roles they can play in their communities, building into a wave that could see the country awash with even greater possibility.

If you’d like to be part of the “Mina. For Men. For Health” movement, visit @MINAForMenForHealth on Facebook.

This article was paid for by Mina. For Men. For Health.