How FunDza’s got SA’s youth hooked on reading

The innovative non-profit is celebrating 10 years of changing lives, one exciting local story at a time 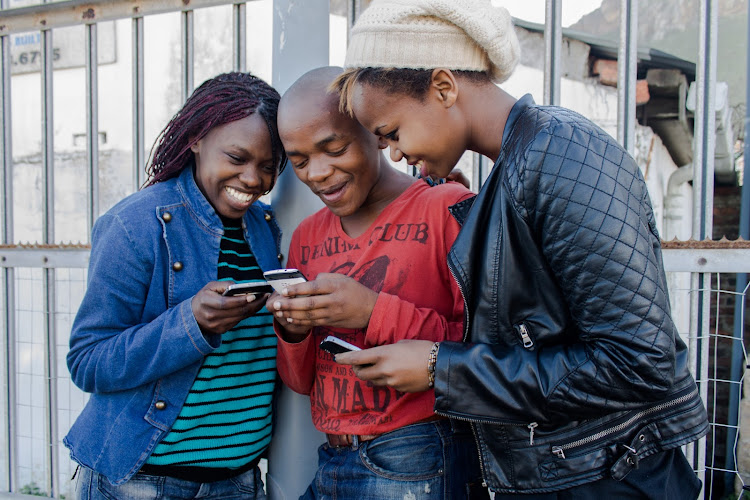 Readers don’t have to pay for data when they enjoy the stories on FunDza’s zero-rated mobi site.
Image: Supplied/FunDza

The FunDza Literacy Trust was founded in 2011 to get South Africans reading with the goal of improving the functional literacy levels of young people.

Ten years later, the innovative non-profit reaches 300,000 users monthly through its free mobile-friendly website, the fundza.mobi platform, and has garnered a number of awards — both international and local — along the way.

Some highlights include being awarded the prestigious Unesco Confucius Prize for Literacy in 2017. This year, it was selected as a US Library of Congress Literacy Awards Best Practice honoree. It was also awarded the Literacy Association of SA’s Significant Contribution to Literacy Award.

At the time FunDza was founded, the need to address the country’s literacy gaps was glaringly obvious.

The 2007 National Reading Survey had found that nearly 50% of South Africans did not own any leisure books, and that books were perceived as expensive. A quarter of respondents never read in their spare time. Those who did read mainly accessed books through public libraries.

In 2011, Equal Education found that learners had little or no access to leisure books, with only 8% of public schools having functional libraries — and those were almost entirely former model C schools.

Another challenge, says Dorothy Dyer, one FunDza’s founding members, was that “there was little exciting or accessible material available to teens in which they could recognise themselves and their worlds”.

The importance of this cannot be underestimated. As Ros Haden, content manager at FunDza, puts it: “Seeing yourself in a story makes you realise that reading can relate to you, and that your world is valid — it’s worth a book.”

Seeing yourself in a story makes you realise that reading can relate to you, and that your world is valid – it’s worth a book

With this in mind, FunDza started developing and distributing exciting and locally created books to reading groups at schools and other organisations countrywide.

It also launched its fundza.mobi platform to publish material for teen and young adult readers. (It remains the only organisation dedicated to doing so.)

Soon this online platform had hundreds of regular readers visiting it daily; this has swollen to hundreds of thousands of readers a month.

Based on fundza.mobi’s success — and the prohibitive costs of book production — FunDza recently decided to concentrate on commissioning, creating and publishing content solely for the web.

It has also started to give its readers the opportunity to express themselves by allowing them to write and submit their stories for potential publication online.

FunDza’s readers are generally from under-resourced communities and backgrounds. According to the Literary Trust’s 2020/2021 annual survey, 83.1% have fewer than 10 books in their homes. That’s why cellphones have been a game-changer.

As Unesco says, technological developments such as these have created “pathways to literacy for marginalised groups, particularly women and girls, and others who may not have access to paper books.”

This is certainly true of FunDza’s users, who read the stories on its mobi site on their own devices, in their own time, for their own pleasure.

While the prohibitively expensive data costs in SA could have been a stumbling block, FunDza is fortunate to have had partners such as Mxit, and later FreeBasics and Moya Messenger, that enable it to provide access to its content for free.

The fact that fundza.mobi is zero-rated (data-free) has been a vital part of its success.

Over the past 10 years of FunDza’s existence, there has been a growing recognition of the importance of literacy and reading for enjoyment, and there is a strong call for more local, exciting materials that engage young people.

Importantly, more individuals, organisations and groups are taking up the challenge to get involved.

“I’m proud of the work that FunDza has done over the last 10 years,” says Mignon Hardie, founding director of FunDza. “From our reader feedback, we can see that we are inspiring reading in homes, in taxis and at school. We can see that young people are learning about themselves and the world about them.

“We can see that our stories are encouraging young people to pick up the pen and become writers too.

“It is heartening to know that we are not alone in this quest. Thank you to all who are playing a part in helping to shift our literacy landscape.”

To find out more about FunDza and the impact it’s having in the literacy space, read its “10 Years of Impact” report.

This article was paid for by FunDza.

When the personal becomes political

SPONSORED | FunDza is an NPO dedicated to getting young people reading, writing and learning
SebenzaLIVE
3 months ago
Next Article