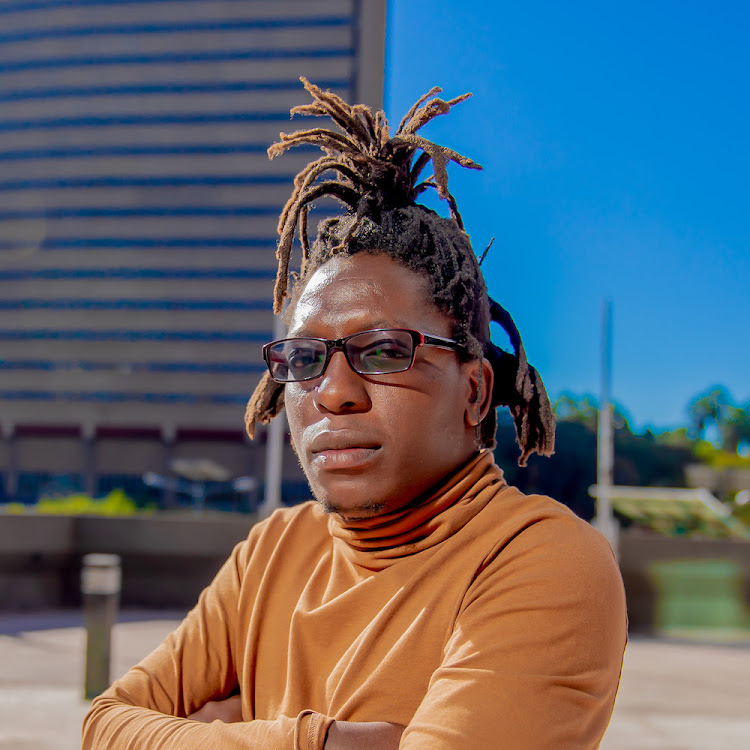 For his first solo exhibition with JAG, Mundopa will present Zva_nyadza a brand-new body of work, dedicated to the memory of his mother.
Image: Supplied/FNB

This year’s FNB Art Prize winner is Wycliffe Mundopa. Mundopa, who was born in Rusape, Zimbabwe now lives and works in Harare after deciding to devote his life to painting at the age of 15. He attended the National Gallery Zimbabwe Visual Arts Studios from 2005 to 2007. As the winner of this year’s prize, Mundopa will open his solo exhibition on October 31 at the Johannesburg Art Gallery.

“I’m honoured to win the prize this year especially because I have exhibited in SA for a number of years now, this really solidifies my ties with the country and the many people who support my work here,” says Mundopa. “As an artist who’s living and working on the continent, it’s important to me to show in museums and galleries in Africa because most of our work is exhibited abroad,” he says.

Committed to bearing witness to the lives of the most vulnerable in his community, his works consistently speak to social and political upheavals of life in urban Zimbabwe. In this context, the lives of women in particular frame his practice and social commentary. “I paint women mainly, not in the literal sense, but as a metaphor reflecting what happens in my society.”

Mundopa’s imagery is audacious and unapologetic, bridging vernacular visual metaphor or Harare street slang with classical genre painting compositions of Dutch masters and postimpressionistic verve in line and colour. “Wycliffe Mundopa is a vivacious, upbeat, wacky colourist. His vision of Africa is life-affirming. This is evident in his convivial pleasure-loving vision, which twists provocatively into the macabre,” says FNB Art Prize judge Ashraf Jamal who is a research associate in the Art and Design Research Centre at the University of Johannesburg.

This year’s winner was selected by a committee consisting of Jamal as well Nicole Siegenthaler (fair manager at FNB Art Joburg) and Musha Neluheni (curator of contemporary collections at Johannesburg Art Gallery (JAG). 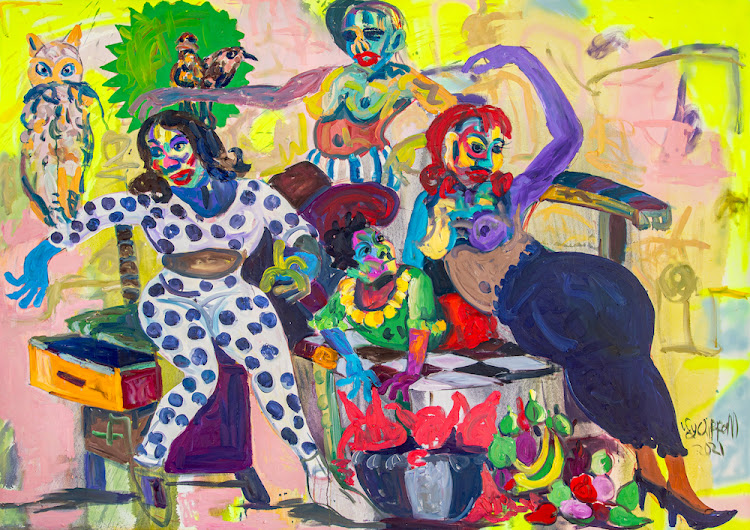 The FNB Art Prize has become one of the most coveted visual art prizes in Africa, ensuring home-based recognition for artists on the continent. “With FNB Art Joburg being the first art fair in Africa, it has always been our agenda for the FNB Art Prize to be reflective of the entire scope of the best of the best of art that comes from the continent,” says Mandla Sibeko, director of FNB Art Joburg.

“It’s exciting to see the evolution of the prize as it celebrates various genres and this year, we’re celebrating a painter and even more exciting is that he’s from Zimbabwe. A lot of focus has been placed on the political unrest with little being said about the creativity of the Zimbabweans, so for us it’s important to keep highlighting the excellence that comes from that region.”

As the 11th FNB Art Prize recipient, Mundopa joins a prestigious list of previous winners since the launch of the prize in 2011. He receives a cash prize as well as a solo exhibition, which opens to the public at the JAG on October 31 2021.

Bonga Sebesho, head of sponsorships at FNB, says, “We remain committed to supporting and growing the arts and creative economy in SA and the rest of Africa. FNB’s 14-year involvement as a sponsor of this prestigious platform demonstrates our commitment to being a trusted partner that empowers artists to be change agents through their artwork and the communities they live in. At FNB, we pride ourselves to be the bank of #TheChangeables and believe that art plays a crucial role in how we can contribute to society. We would like to congratulate Wycliffe Mundopa for winning the 2021 FNB Art Prize.”

For his first solo exhibition with JAG, Wycliffe Mundopa will present Zva_nyadza a brand-new body of work, dedicated to the memory of his mother. It’s a suite of more than 15 monumental new canvases elevating and celebrating the drama and exaltation of the lives of Zimbabwe’s extraordinary, ordinary women, who are the beating heart of the country.

Unapologetically, women have been the relentless and overwhelming inspiration for Mundopa’s practice. In Zva_nyadza he is honouring his mother’s fate as the first woman whose life he bore witness to. He also reflects the fate of all women of Zimbabwe who thrive in the unlivable, who are fierce, beautiful, resilient and courageous enough to claim joy and happiness despite what life and the world serves them.

With photography and photo manipulation overwhelming the field of figuration, the value of the painter speaking to a direct lived experience has been deprioritised. Mundopa’s lifeblood, his works, are invested in speaking otherwise.

The opening of Mundopa’s solo exhibition at JAG will serve as the closing event of FNB Art Joburg’s gallery weekend titled Open City. The exhibition opening is free and open to the public from 2pm — 5pm. Public that wishes to attend can RSVP to banelez@joburg.org.za. 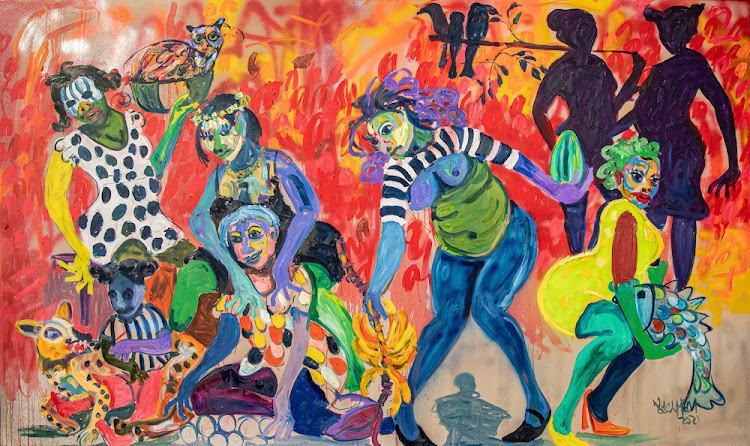 This article was paid for by FNB.

Blessing Ngobeni explores the hardships and challenges of childhood and adolescent stage through his art.
S Mag
6 months ago

Nelson Makamo turns his Porsche 911 into a moving canvas