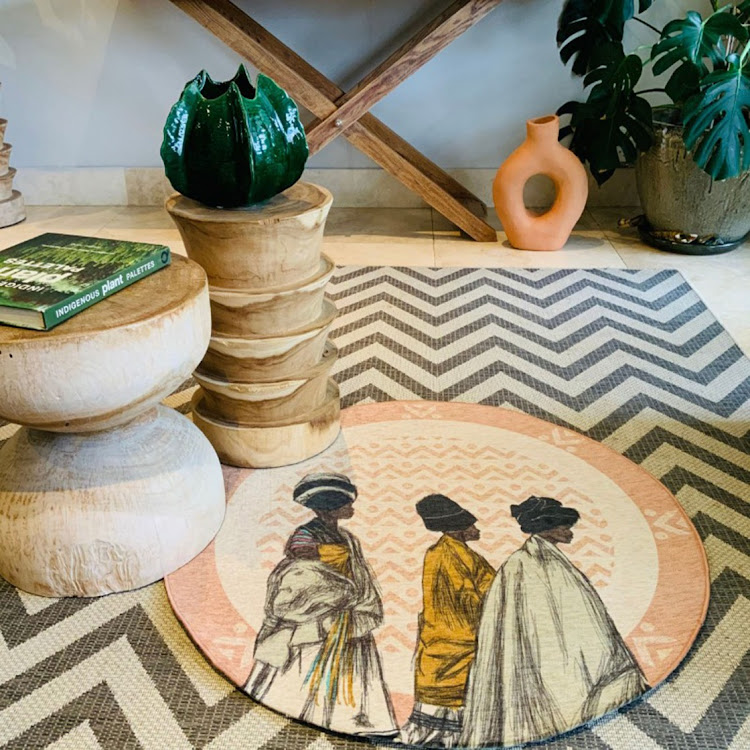 Eastern Cape-born illustrator Masonwabe Ntloko’s rugs sold out not once but twice, a huge feat for somebody who had not ventured into the rugs market before. Ntloko’s rugs, in partnership with rug retailer Airloom, had prospective buyers clamouring for the merchandise.

“I just wanted to create something that can be part of people’s lives. I understand that art on the wall is cool but I wanted something that could be more interactive, so things like clothing. But I need my first thing to be something completely left field from what an illustrator or designer would do, people of my skill set would do, that is,” Ntloko elaborates.

Ntloko tweeted about his desire to make rugs and a friend directed him to check out the rug retailer company, which he did. He sent them an email last year asking if they could collaborate. The company had previously collaborated with other local designers.

Sonto Pooe started doing hair as a means to earn extra money for a pair of sneakers as a teenager; years later she’s the owner of successful natural ...
Good Life
3 months ago

His first offering, titled llifa Lethu (our inheritance) was a set of 30 rugs that sold out within two days and his second issue of 60 rugs was sold out in an hour and crashed the website. The rugs were sublimation printed, made of polyester with a non-slip vinyl dot backing. They ranged in price from R600 to R1,700.

“The first drop I had 30 of five different designs... the reason I wanted to do limited designs, I didn’t think that these things were going to sell. It was something completely new from what we’d seen... I didn’t think that people would care about it.”

Ntloko was also apprehensive about the retailer's response should his rugs not sell, so he decided on doing just the 30 for this year. However, demand for his work was so high that he released a second edition of the rugs, which were double the amount of the first.

Ntloko says his work is really just an artistic journey of self-discovery.

“My work was always personal. I was illustrating things that are personal to me, so if I was thinking about my grandma, I would illustrate my grandma. My work is informed by who I am, where I come from and isiXhosa in general.” 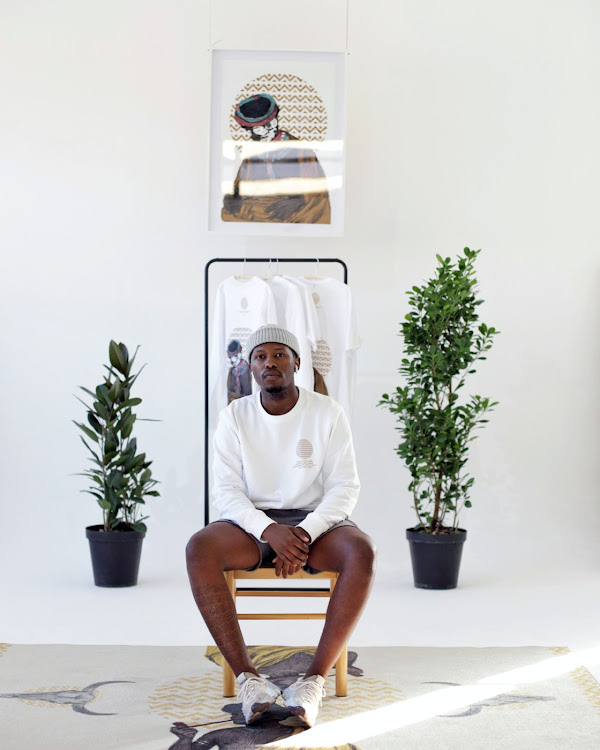 The rugs were a huge hit but Ntloko doesn’t want to be known just as the guy who makes rugs.

“I’m not really the rug guy, there are other things that my work can be on, so much as the rugs were a success story, I don’t want to keep making rugs... I feel like there is so much I can do. Rugs are literally one aspect of it, and clothing is [another] aspect.

“I have now realised that I can be a Gucci, a Louis Vuitton, an @Home. I can be all of these things because I‘ve built and created a style that is strong enough and can live on any space. So, it makes zero sense for me to close out any of those options.”

Ntloko says he understands, however, that there might be people who will only ever love the rugs he does, out of everything he will ever do, and that’s fine. He says he just wants to execute every idea that he’s ever had, instead of doing the same thing over and over, as that goes against his purpose and what he believes in.

“Hence I’m now dropping clothing with Markham. I’ve always wanted to know how that would look. And now we’re here and we’re seeing it.”

His clothing collaboration is titled a Full Circle Moment because a few years ago he had approached Markham to work with him. He never received a response until the company came looking for him.

“Sometimes you want something but the universe is just telling you you are not ready for it and that was the thing. I was just not ready for it. I didn’t go to it, it came to me. It was a random day. I didn’t even know what I was doing and I got a follow from the Markham Instagram page.”

The Johannesburg-based Ntloko then went to Cape Town to work on the merchandise.

Ntloko has a textile design background and runs his own creative agency.

He had some advice for fellow young creatives: “If you know what you want to do, do it... people around you might not get it because they don’t know better. Once you start doing what it is you want you are then exposing them and teaching them. Secondly, don’t listen to anyone. You are the only that knows what your product is about. You can listen to people if they’re trying to tell you positive things but not if they’re trying to bring you down.”

Sorghum can be made into much more than beer and porridge, something that 26-year-old Zandile Finxa is showing South Africans and the world.
Good Life
3 months ago
Next Article