Kotlolo's cooking only part of treats on lifestyle show 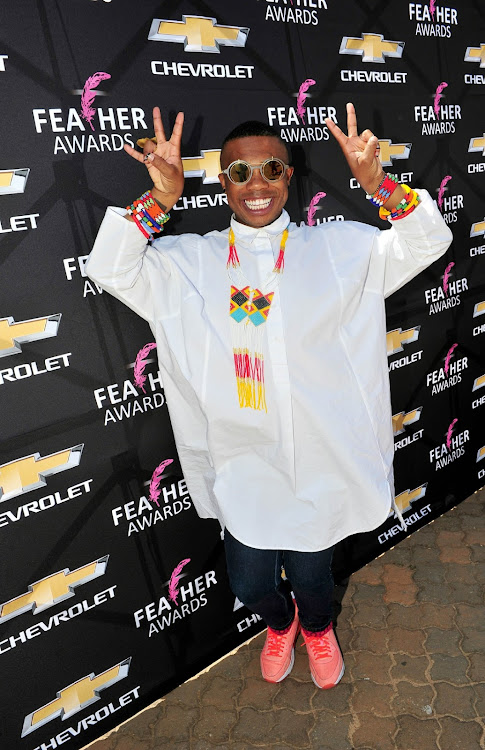 Feathers Awards founder and LGBTIQ+ activist Thami Kotlolo has created his own lifestyle TV show that will be aired on the newly established Viva Nation TV channel.

Titled A Dish with (name of the guest he hosts), the show started yesterday on the online channel that went live on Monday.

In the show Kotlolo, who is popularly known as Thami Dish, will be cooking for celebrities at his house and interviewing them. They will wrap everything up with an unplugged performance.

Kotlolo defines the show as a multifaceted show that looks through a myriad of colourful conversations with artists from various art disciplines.

The show’s producer, Clive Mathibe, said what makes A Dish with... different from other lifestyle shows is that it's not just about celebrities getting Kotlolo to cook for them but they get to perform and talk about their lives.

“Thami is cooking while chatting with the celebrities. They then give us an unplugged session at Thami’s house. The show gives the audience a once-in-a-lifetime front row seat to their favourite artists and a unique opportunity to experience these artists like never before.

“That’s not all. They get to talk about things that other media failed to uncover about their lives. We're talking about stuff that they have never revealed before, but not controversial things.”

Kotlolo said the idea started last year and it was inspired by the fact that the whole industry was on lockdown with artists not performing.

Since he had equipment and an idea he put the plan into action and a full season was produced at his house.

“When we started people were sitting at home, missing performances. It was an opportunity to do what they love most and I got to listen to these interesting stories. We are now preparing to shoot the second season.”

More than one million pupils, most who get their only meal of the day at school, face hunger after the Limpopo department of education was ...
News
6 months ago

Chatsworth resident 'Priya' is among many Durbanites accusing their local grocery stores of profiteering from the chronic food shortages arising from ...
News
6 months ago
Next Article