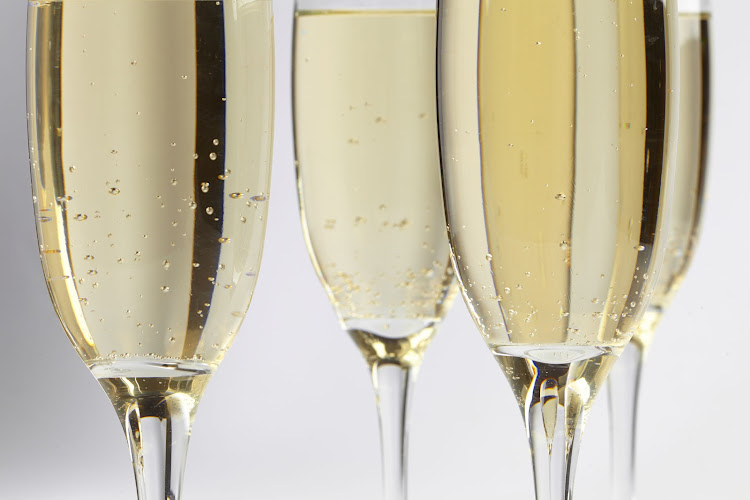 Moet Hennessy, which sells the Moet & Chandon, Veuve Clicquot and Dom Perignon champagnes and belongs to the LVMH group, said it had been forced to suspend deliveries to change its labels.
Image: 123RF/strelok

The French champagne maker Moet Hennessy said on Sunday it would begin adding the designation "sparkling wine" to the back of bottles destined for Russia to comply with a new law, having had to suspend deliveries to make the change.

French winegrowers jealously guard the designation "champagne" for the output of the region of the same name, and shun other descriptions.

But the law, signed by President Vladimir Putin on Friday, requires all non-Russian producers of sparkling wine, including the French to describe their product as such in Russia on the label on the back of the bottle, although not on the front.

Makers of Russian "shampanskoye" may continue to use that term alone.

Moet Hennessy, which sells the Moet & Chandon, Veuve Clicquot and Dom Perignon champagnes and belongs to the LVMH group, said it had been forced to suspend deliveries to change its labels.

"The MH Champagne Maisons have always respected the legislation in force wherever they operate, and will resume deliveries as quickly as possible once these adjustments are made," it said in an emailed statement.

So you’ve heard about hard seltzers and frizzante, but what exactly are they?  Worry not, here is a breakdown of what the new drinks on the block are.
Good Life
1 year ago

SA is known as a beer drinking nation, however South Africans are not only beer drinkers so a forward-thinking market leader would be wise to expand ...
Good Life
1 year ago
Next Article