Beyond Father’s Day: Honouring father figures who step up 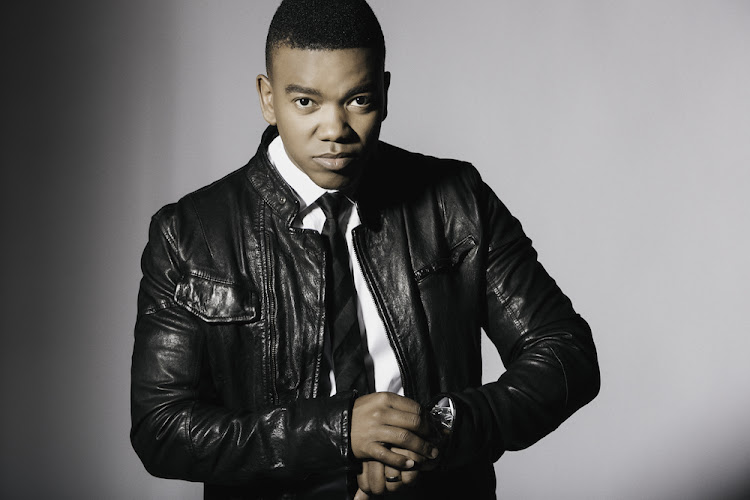 'God has blessed me with people who lifted me so I can pay it forward,' says Loyiso Bala.
Image: Supplied/Metropolitan

With the prevalence of various social ills in our societies said to be perpetuated by men, it is not often that we see positive stories about the role so many of them play in building our nation and shaping who we become.

Metropolitan’s #MyPeopleMyEverything campaign is built on the belief that we are who we are because of the influences of those around us; that the people in our lives play a great role in who we become. We need to give them the gratitude they deserve for being our people. So, beyond Father’s Day, let’s take some time to acknowledge the father figures who have stepped up to uplift us and to walk through the journey of life with us.

Mbuyiselo Botha, an activist/columnist, says he grew up not knowing what it feels like to have a father. “I have never felt his tender hug as a young, black man navigating the world in need of assurance and guidance. I never got to experience what it’s like presenting my first child to my biological father.”

Botha says he didn’t get teachings on how to be a father, and never had memories to draw experience from on how to be a dad. “But one thing is for sure, I knew what I didn’t want to be as a father, a cold, absent father.”

Botha says, at some stage, the universe conspired in his favour and gave him a father figure. “One visit to the barber for a haircut, I walked out with a gift I would treasure forever — a father. A father that I chose, and he welcomed me with open arms,” Botha says. “He was a man that loved me till his last breath, Bab Nxumalo. Because of you and your teachings that would outlive you, I chose to be an active and present father. Because of you, navigating fatherhood became that much easier for me.”

To Bab Nxumalo, Botha says: “Because of you, I know the feeling of going through life and having a man that will gather me and tell me kuzolunga (it shall be well). Because of you, my daughter had a grandfather that would pick her up without fail every time varsity closed for holidays. Because of you, my children were not robbed of the experience of having a grandfather. Not only did you allow me to choose you, you went on to choose me and my family; a testament to the man you are. Rest, Tata. Ndiyabulela.”

Musician Loyiso Bala, a person who is thankful to God as his main father figure, says it takes a village to raise a child and he was blessed enough to have many people in his life who made him the man he is. He knew his father loved him and though Bala had a few formative years with him, he says when he died, others stepped up.

First, it was his cousin, Lwando Bantom, who was 19 years old when he took Bala under his wing. Bantom worked as a petrol attendant and did everything he could to put food on the table. Bala says it was through Bantom that he felt the love of a father, as well as the emotional and spiritual support that there wasn’t time to get from his father.

“Lwando showed me what I would model the role of my fatherhood on. He took care of me and my brother Zwai, who is four years older than me,” says Bala. He talks about fathers being there for sons as spiritual guides and says even though he had that with his father for a short time, with Lwando it was the first time he felt that love and guidance that a father would give.

Bala, a family man himself, is a doting little brother and talks about his big brother being the other father figure in his life, who kept sending money home while Bala was at the Drakensberg Boys’ Choir. Zwai stepped in to take care of the daily needs at home.

“He sent money home for the funeral and took care of me at such a young age,” says Bala. While Zwai was taking care of him at 14, he was also doing a production in Joburg and taught him to dream. “As much as I had dreams growing up, I never had anyone who had achieved such growing up.” Zwai became Bala’s role model for building a career and the desire to achieve his dreams.

Bala says it was Dr Zolile Mlisana who took him in and showed him how a family lives, operates and depicted the dynamics between a father and child, which he still fashions his fathering on today, including watching him raise his children spiritually and emotionally.

“I’ve been blessed,” Bala says. “We rise through the work of the older generations looking after the next, and God has blessed me with people who lifted me so I can pay it forward and make the same impact on my children that. #MyPeopleMy Everything means being able to lift each other so that nobody falls behind. I am who I am because of my people, my father figures, my everything.”

Metropolitan is encouraging people to celebrate their father figures beyond Fathers’ Day by visiting its social media platforms to enter a competition to win an opportunity to acknowledge and celebrate the father figure who has shaped who they are today.

This article was paid for by Metropolitan.