The Measure takes you on Mavimbela's journey in exile 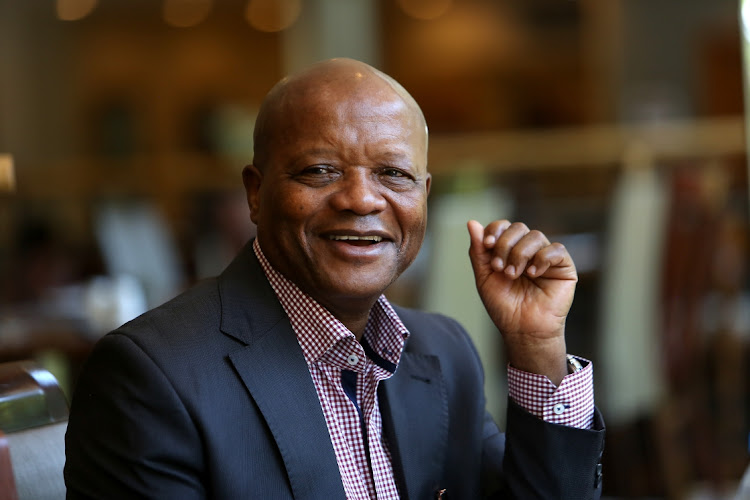 Vusi Mavimbela is the author of an epic memoir about his time in exile and beyond, including time as a government official.
Image: ALON SKUY

Three major news events earlier this month held an uncanny relevance to Time Is Not The Measure, the epic memoir by former Umkhonto we Sizwe (MK) soldier and later public servant and diplomat Vusi Mavimbela.

On April 6, SA observed the 42nd anniversary of Solomon Mahlangu’s death by execution by the apartheid state in 1979. Had he survived, Mahlangu would have been 65 this year. This April also marked the 10th anniversary of the killing of Free State community activist Andries Tatane by police during a service delivery protest in Ficksburg.

Also this month, former president Jacob Zuma was ordered by the Constitutional Court to suggest a suitable sentence for himself for undermining the summons to testify in the Zondo commission for state capture.

How are these events important to Mavimbela’s memoir? First, the brutality meted out to Tatane by the police in broad daylight bears resemblance to extrajudicial executions under apartheid, which drove the author into exile in 1976, dropping his studies at the University of Zululand. The apartheid government was sustained by its extensive state security and law-enforcement machinery, a reality that brought restlessness to Mavimbela and his comrades in exile in Mozambique and Angola. This fear of apartheid brutality could not escape his thoughts even during his travels overseas, as seen with his first-time visit to the US. Going through customs at JFK International in New York, Mavimbela wondered if SA state agents would pounce and secretly whisk him back to SA.

His fear was not far-fetched as National Intelligence Services operatives visited his family with pictures, showing Vusi addressing audiences during his tour of the US. It was the first time the family saw the pictures of a grown-up Vusi since he left the country as a student. Their joy was opposite effect to what the secret police agents had intended, which was to intimidate the family to reveal any information about their son’s life in exile.

As for Mahlangu, whom he met for the first time in Mozambique after they both arrived there via separate paths, Mavimbela narrates a story of a pensive young man who had no time for frivolous activities. He was different from his Mamelodi homeboys Thomas Masuku and Stephen Nkosi with whom he arrived in exile, the duo given to banter and games. Mahlangu criticised the ANC's delay in waging a full-on war on apartheid SA, indicating that he was not prepared to wait long to take up arms against the racist regime.

Mavimbela's admiration for him was so deep that he named his first child Kalushi, the name Mahlangu was also known by, even though the Zambian-born child was a girl. The child’s mother was fellow exile Mpho from Soweto, and because the couple, now married, were busy with their political work, they ended up executing a daring plan to smuggle 18-month-old Kalushi into SA, to be raised in Vryheid by Mavimbela's family.

Also in Mozambique, the first senior ANC official Mavimbela and his group of new arrivals in exile would meet was Zuma. Explaining the tribal slashes of Zuma's face and sense of dress, Mavimbela describes his future boss in SA government thus: “It was a curious juxtaposition: the scarification and the expensive modernity of his attire.” While the rest of the guys were overwhelmed by Zuma's “modesty” after he suggested he would sit down on the floor to address them as there were not enough seats for everybody, Kalushi did not hold back his verbal ammunition, asking Zuma why the ANC was taking so long to come back to fight in SA.

Time Is Not The Measure first came out as a colossal volume in 2019 and the latest edition is the abridged version, though still thick, targeting younger readers. It reads like an express train traversing the world, from Mavimbela's hometown of Vryheid to Maputo, MK bush camps in Novo Catangue, Moscow and Potsdam where Mavimbela underwent political science studies and intelligence training, and New York where he admits to having had the greatest time of his life in exile.

Jazz music, though listened to for enjoyment, was a powerful tool for political education and intellectual pursuit. Therefore, collecting jazz LPs played a major role in his student life, an activity that was further sharpened by a rush of Joburg boys who arrived at Vryheid High in the early 1970s.

Recalling the pleasure of his stay of several months in the Big Apple, Mavimbela reverts to the jazz venues, mostly bars, he visited to indulge his love for the art form – and the beer, of course!

The book discusses diverse topics of life, including history and culture, travel and international issues, love and family ties, and politics and governance. Via the latter, he delivers a telling analysis on the failures of SA under Thabo Mbeki and later Zuma.

Former president Jacob Zuma fired his first director-general, Vusi Mavimbela, out of suspicions that he was then human settlements minister Tokyo ...
News
2 years ago
Next Article