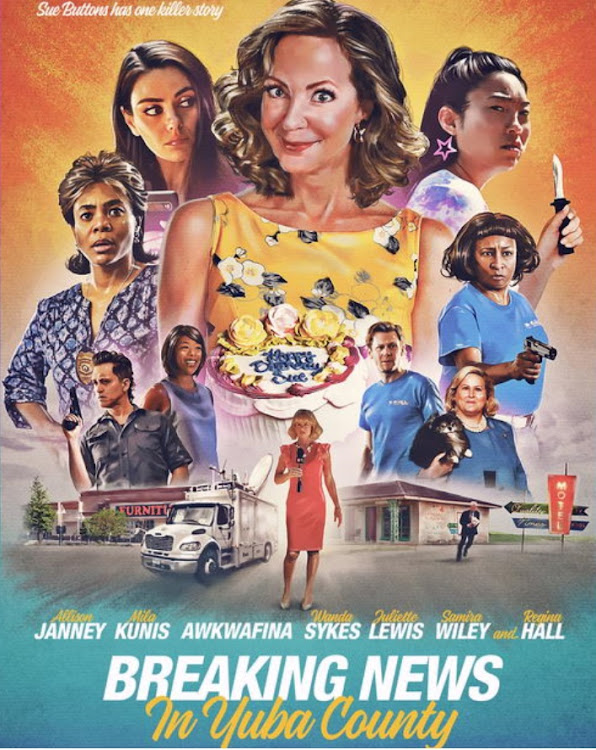 Breaking News in Yuba County is a 2021 American comedy-drama film directed and co-produced by Tate Taylor, from a screenplay written by Amanda Idoko.

After her husband goes missing, Sue Buttons (Allison Janney), an under-appreciated suburban wife, gets a taste of being a local celebrity as she embarks on a city-wide search in Yuba County to find him.

In an effort to prolong her newfound fame, she stumbles into hilarious hijinks as her world turns upside down, dodging a wanna-be mobster (Awkwafina), a relentless local policewoman (Regina Hall), her half-sister (Mila Kunis) a local news reporter desperate for a story, and her husband's dead-beat brother (Jimmi Simpson), who all set out to uncover the truth behind the disappearance.

You’re invited to attend an exclusive pre-screening of Breaking news in Yuba County with the Sowetan Women’s Club on Thursday, March 11 2021 in Johannesburg:

Readers can win two tickets each, plus popcorn and a cooldrink. To be in the draw, simply e-mail your full details to SWC.RSVP@arena.africa with the subject line “Breaking news in Yuba County”.