From receiving guidance of elders, to appeasing ancestors, there’s plenty couples must do differently 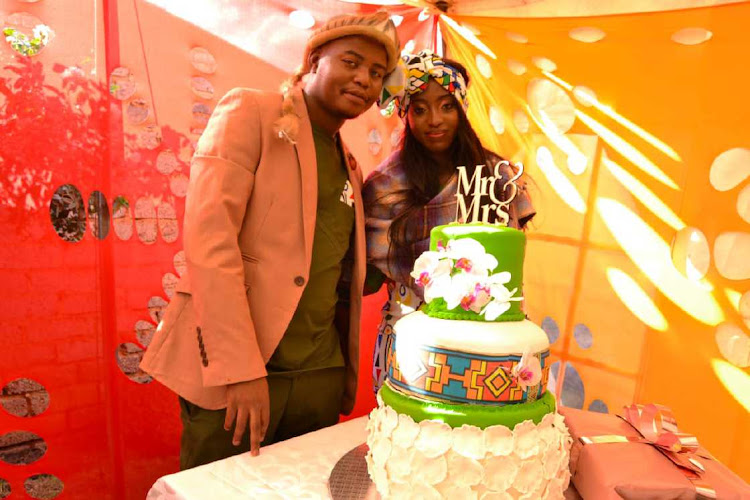 According to statistics published by Stats SA in 2018, the rate of couples choosing to tie the knot by way of a registered civil marriage increased only slightly by 0.6% year on year.

Add to these the unpredictable nature of the ongoing pandemic, financial strain and the mental health warning signs,  a wedding celebration should be quite an unattractive idea. Or not!

Many people have decided to get married during the pandemic, proving that love can indeed overcome all adversity.

Forced to change the order of their customised wedding bands for the second time as a result of the pandemic, Matthew and Kirschel Vosloo were determined not to let anything else hinder their wedding plans.

“When the ring finally arrived, he couldn’t wait and he asked me soon after. We decided that a small wedding may not be a bad thing. It would also be more cost-effective for us. Our main goal at the end of this was to be together, married and happy. We succeeded,” says Kirschel.

The reality of the pandemic made itself clear to the couple, not only on the wedding day but even during the planning stages. A lot had to be done differently.

“A major hurdle in the planning of the wedding was the limited number of people who could attend our wedding. When we had to view venues, we were limited to two people per visit, the same applied when shopping for the dress. Not having family around to help out with the small things gave a sense of missing out,” she says.

Additionally, couples on the road to marriage rely on the guidance and support of family and friends, as well as the wisdom and assistance of spiritual elders. But due to the restrictions on social gatherings, the Vosloo family had to spiritually prepare for marriage with virtual pre-marital counselling sessions.

“We had to do our pre-marriage counselling on Zoom and trying to synchronise our schedules with the pastor was very tricky. We have not been able to gather with some of our friends from church and have been heavily relying on each other for support. We definitely missed the human interaction that you get with the preparation of the day," Kirschel says. 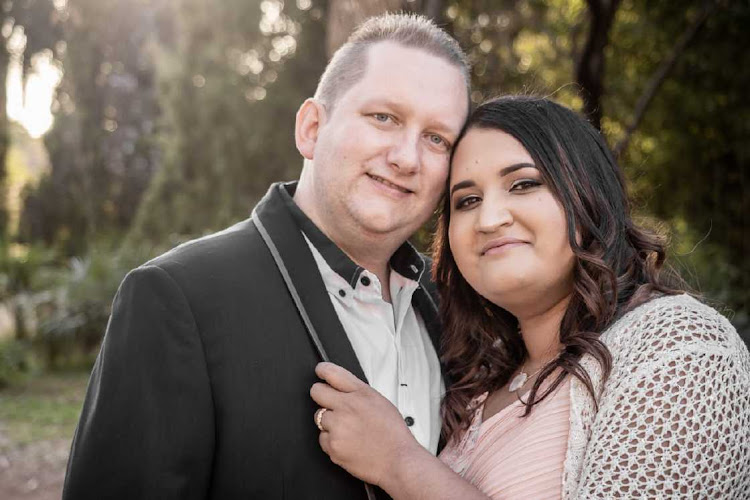 With restrictions threatening to dampen the festivities, the Vosloos themed their wedding-eve party to incorporate bride Kirschel’s Indian wedding traditions and heritage.

“A mehndi [henna] artist did the most beautiful designs on my hands and feet. My family – my mother’s sisters and their husbands – made a special pack of sweet meats and took them over to Matt’s parents’ house as a gift before our big day, as per our customs,” says Kirschel.

Meanwhile Gauteng-based couple Nqobile Mahlangu and Nkosingiphile Nkabinde who recently celebrated their umembeso also faced similar challenges as a result of the ongoing pandemic. In the Zulu tradition, umembeso bears much spiritual and cultural significance. It symbolises the coming together of both families and is typically characterised by slaughtering animals and the sharing of gifts.

“I think the animal gall ritual bears the most significance because the gall is smudged on various parts of your body including your forehead. That’s a signifying moment of the ancestors actually acknowledging you,” says Nqobile.

However, like many other couples who decided to get married during the pandemic, their traditional wedding was not free of any challenges.

“Everything changed from the get-go because the ceremony was actually supposed to happen in May 2020. It ended up happening in December after many of the bans were lifted.

“There were also delays in my lobola being finalised because of the restrictions. My in-laws are from Newcastle and my family is in Soweto, so a lot had to be postponed because my in-laws were initially unable to travel to Gauteng. Sometimes the lines of communication and understanding between both families almost got crippled,” she says.

Despite the many restrictions and various challenges, Nqobile and her partner Nkosingiphile made sure to honour the various aspects of African spirituality through their ceremony.

“We tried our best to do whatever we could under the circumstances in order to appease the ancestors. Although we were very limited, everything which was important and spiritually significant took place.”

Under normal circumstances, an umembeso ceremony would have been attended by all members of the extended family and friends in their numbers. However, under the new normal, only a few were able to be present and to celebrate with them.

“There’s a lot we had to change. For starters, the invitations. Unfortunately, we also had to consider who’s important. It is compulsory for the uncles to be present so they definitely formed part of the 50 people. Some of our loved ones sadly had to experience our day through pictures,” Nqobile says.

In the face of all the countless hurdles, both couples remain grateful for choosing to embrace love, for finding joy in imperfect moments and for taking the giant leap, even under such unfavorable circumstances.

The actress wants the DJ to transfer into her name, at no costs to herself, a residential dwelling of her choice with a value of no less than R13m
News
11 months ago

Feel the love with the Turkish ‘dizi’ on DStv channel 123