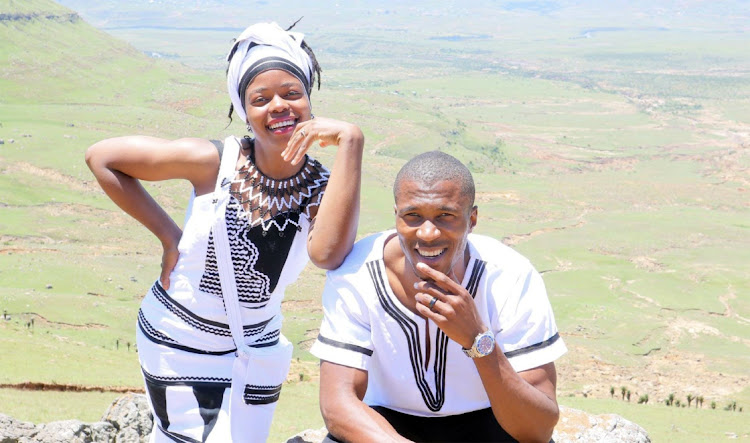 It is the little things that attract people to each other and this was the case with the Mayikanas, a young married couple from Cape Town.

The health fanatics – Kuhle Jika Mayikana, 24, and husband Likhona Mayikana, 26, – met on their way from an event in Ntyweka village in Tsolo, Eastern Cape, about six years ago.

Though it was not love at first sight, Likhona said he was attracted by Kuhle’s smile. “I saw Kuhle and her friend taking pictures and I joined them. Though I did not know her, her smile melted me. After she left, I asked people for her name and searched for her on Facebook. I sent her an inbox asking for my pictures and I gave my WhatsApp number but she had lost them,” said Likhona.

Kuhle said her phone was stolen in a train in Cape Town.

“ However, we started chatting and became close. In the first four months, he never called me by any pet name or even proclaimed his love for me.

“Then one day he referred to me as baby. I was jumping with excitement because at the time I had feelings for him but did not want to take the first step. As I was still surprised by that, he proclaimed his love for me and I just melted,” Kuhle said with her signature smile.

Likhona saved enough money for lobola and they got married in an intimate event attended by close family members in December.

Kuhle said they had a traditional wedding because they did not want anything fancy. “The pandemic never affected our wedding because we wanted a small number [of people there],” she said.

Kuhle said married life has been good and her in-laws are supportive. “They don’t see me just as umakoti [bride] who has to do all the house chores. They have welcomed me as part of their family. My husband helps me with house chores. For instance, if I cook, he will do the dishes while my sister-in-laws do the cleaning,” she said.

Kuhle, who has a YouTube channel where she advices people on healthy living, is the most talkative of the two while the husband is the funnier one. As SA celebrates the month of love and marked Valentine’s Day yesterday, the couple shared that for them  “it is Valentine’s Day every day”.

Though Kuhle regarded herself as the most romantic, she said Likhona was not that bad in that department.