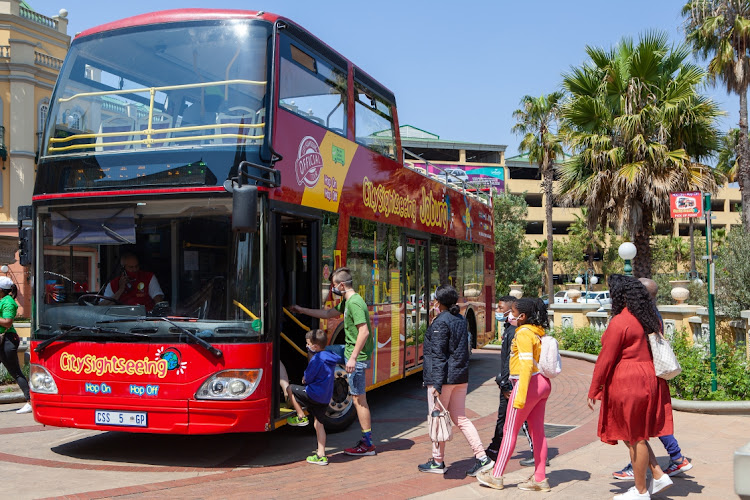 There is nothing as embarrassing as not knowing your own city well. This was evident last week as a group of journalists participated in a Johannesburg city tour to explore the beauty of a place that many regard as a no-go area.

Perhaps due to its notoriety for muggings and car theft, the inner city of Johannesburg is perceived to be unsafe by many who opt to shop in a "safe environment" like shopping malls. But after a three-hour   tour, I realised that I might have lived in Johannesburg for 22 years, but I’m yet to discover and explore it and its uniqueness that attracts thousands of tourists.

The tours, which included exploring Soweto on bicycle, Joburg city underground and migrant cuisine as well as the Open Top Red Bus, which were organised by Joburg Tourism, opened my eyes to a hidden treasure. The tour was part of tourism activities showcasing local attraction sites that have not been opened since the Covid-19 outbreak more than six months ago. Our tour guides were Gerald Garner and Charlie Moyo, who also run The Thunder Walker restaurant together.  Before the tour began, Garner warned journalists  they should not be concerned about being mugged but should look out for wide open manholes as their covers have been stolen.

The journey took us to fashion stores, The Rand Club, bookshops and restaurants. The beauty about people owning businesses in the inner city was seeing the collaboration and  sharing of resources instead of seeing each other as competitors.

Shops were open, but Garner, who has been running his company Joburg Places successfully for years,said Covid-19 had hit them hard, just like the xenophobic attacks did a year before.

“During the xenophobic attacks we almost closed down because people were afraid to come to the city. The Thunder Walker restaurant was affected as people who had booked cancelled when xenophobia attacks broke out in areas around the city in 2019, and also when the coronavirus resulted in lockdown. I remember that at some point I lost about R300,000 of bookings in one day. But right now the bookings are back, and in fact given the situation, we are doing much better,”

The tour began at Gandhi Square, learning more about why the bus terminal  was named after him and his successful career as a lawyer and where his office was based in the city of Johannesburg.

Apart from seeing the mushrooming of restaurants and fast food outlets, we made our stop at the famous Africa Rise Store  owned by a collective of local fashion designers such as Ephymol, Mariah McCoy, Thula Sindi, Rubicon, NguniBrand, Mantsho and Erre among others. According to Ephraim Molingoana, the store is among a few that they own in Gauteng in trying to support each other.

Another unique fact about the Joburg inner city is  that it had over 1,000 bookshops. The books range from African literature, children books, English and vernacular Christian books.

What was more interesting about the history of Johannesburg was that the city was built  and demolished six times. And one of the oldest buildings was the Rand Club,  founded by Cecil John Rhodes in 1887. According to Garner, when Johannesburg was first built  it had telephones before ablution facilities were put in place because it was more important to call London and sell your gold than someone going to the toilet.

Garner said The Rand Club’s building was made out of steel structure which was designed and built in the UK and then shipped to Cape Town before it was brought to Johannesburg.  The venue is open for wedding and birthday parties and functions. Garner further said the club was expensive to maintain due to the old architecture that it has. To raise funds to maintain it,  had to auction one of its valuable Paul Kruger statues for R10m.

The tour ended where it all began – at The Thunder Walker, a  restaurant near Gandhi Square, which is housed in a historic United Building Society bank which was built  in 1889 and closed its doors in 1930.  The building was neglected for a long time and years ago it was revived.  The building has an underground vault that  has been turned by the owners into a nightclub. The vault still has safe boxes with some of them still locked after all these years.

“We believe that tourists need to experience the city  before we take them to the apartheid museum. You can leave your Bryanston and have a good time in Joburg because there are hotels, restaurants, crafts shops and bookshops. You can have a travel experience that is as good as going overseas. We believe that the future of Johannesburg is bright, and actually the city is reinventing itself once again and people need to just discover Joburg,” he said.

The tourism sector is demanding answers from government after the publication of a list of high-risk countries that will not be allowed access to ...
News
1 year ago

Despite the cold, wet weather from Sunday, the sun shone on the tourism industry in KwaZulu-Natal as thousands of "travel-starved" domestic tourists ...
News
1 year ago
Next Article