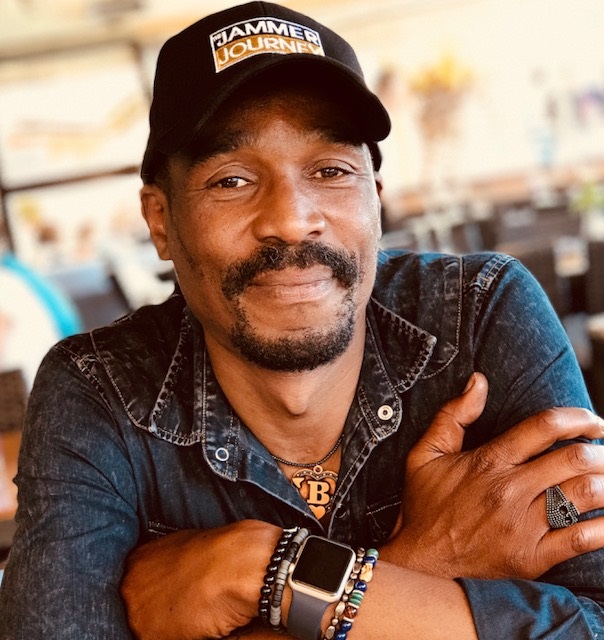 Bob Mabena is what you may call a radio legend. With a career spanning 31 years, he has hosted some of SA's biggest radio shows.

In July he released a 12-track music compilation, Jammers House Volume 1, which he says is a legacy project.

"It is repositioning the work that I've done throughout the years in the dance music field and also reminding people that, before I was a radio presenter, I was actually a club DJ," Mabena says.

We spoke to him to find out where he's been travelling to for the past few years and what his favourite local spots are.

How often were you able to travel pre-Covid-19?

For the past few years, my wife and I would travel every October for our anniversary. We'd plan for 12 months - pick a spot, make the payment and then go.

We've done Thailand, Spain, Turkey and Japan. I pick one year and the next year she picks and so on.

This year I had picked Vietnam, but we had to cancel. Locally we've done some really interesting stuff as well, including Limpopo and the North West.

Our favourite place is actually a place called De Hoek in Magaliesburg. It's a beautiful stone country house, owned by people I've known for more than 10 years.

It was Turkey last year October. There's lots of shopping and fantastic food in Istanbul.

I'm not a dessert lover, but I had dessert almost every day - it's out of this world. Going to the cathedrals and mosques was also really incredible.

The first trip I took abroad was to the UK. I went to see Michael Jackson perform at Wembley, but he was a no-show - it was one of his cancelled concerts.

At least I got to see Kris Kross and it was really quite fantastic. I also got to see one of my favourite bands at the time, Spandau Ballet. I got to speak to lead singer Tony Hadley, which was really wow.

It's got to be Istanbul. I know it's going to change because with every year it changes, but the vibrancy of it is really quite something.

Your jaw falls at the opulence. Also, you can shop for almost anything. You end up doing so much and there is so much value for money.

It was the first time ever that I bought a flag of a country that I had been to. I just thought the culture was very interesting. There was no culture shock at all, it was very welcoming. They treat guests very well.

Durban because the weather is always nice. Cape Town is boring. You can never be sure of what kind of weather it will be [the following day].

I'm not an outdoorsy type, but I want to know if I want to go out I can go out. With Cape Town, you could go to Sea Point but by 4pm there is so much wind that the sand is hitting your face and your legs and it's uncomfortable. Anywhere in Durban is good for me; I could be in Umlazi and I'll be fine, I could be in the Durban CBD and I'll still be okay.

Do you prefer roughing it or luxury when travelling?

I wouldn't say roughing it as such, but I don't see the value in business class. You pay so much money so you can have champagne. What's the point? I've just got to be comfortable, not opulent. It's not that I go out of my way not to be opulent - if I can get a special and be opulent then I'll take it. I'm also not going to make it rough on purpose. I don't like hiking, biking or sand dunes. For me, a holiday should be about cocktails and sundowners.

What have your experiences been like travelling around Africa?

I didn't like Nigeria at all. Kenya ... I loved to bits - I would go back to Kenya 52 million times. I would do Ghana one billion times.

I love Kwame Nkrumah and I spent time at the Kwame Nkrumah monument and it was very soulful; my soul was cleansed. I'm good with Ghana, it's really quite fantastic.

Swaziland I believe is a hidden gem. I think Botswana is bland, like Lesotho.

But between South Africa and Lesotho there is that "ski resort", Clarens.

I'm not squeamish, but I still want to know that I can have a pizza. Funnily enough, the weirdest thing I've tried was in South Africa - crocodile meat. It tasted exactly like chicken, very nice.

Just be open for anything to go wrong. If you're not, you're bound to have a horrible holiday. Just expect that at some stage something or another is going to go wrong.

If you're going to be calling the manager all the time, you're not going to have a good time.

What are your must-have plane items?

I've got to have my iPad, my phone for my iTunes and my own toiletries.

Everything else can be in the big bag that stows away.

What's your go-to outfit on the plane?

I went to San Francisco to work via New York and I didn't enjoy it. I was very young at the time, I think I was 24. So, I want to give it another stab, but just for a weekend.

I'd probably leave on a Thursday and come back on a Sunday. I still don't think I'd like it, but I just want to make sure.

I didn't do the whole Central Park thing or Fifth Avenue, so I just want to do it for the sake of having done it.

Jammers House Volume 1 is available on all streaming platforms.