Through the lens of Abolova 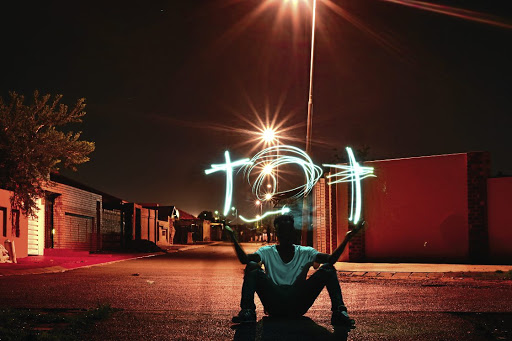 This is one of the collective's many images depicting township life.
Image: Supplied

The gritty image of a young man perched on the top of a now defunct telephone booth as he gazes into the camera is quite memorable.

He squats, almost collapsing on himself, add to that a slash of cool green lettering spelling out Vogue and it immediately takes the picture to another level.

It's jarring, this name we associate with Eurocentric narrative and the loose posture of this young man who reminds us all of the streets of our townships. 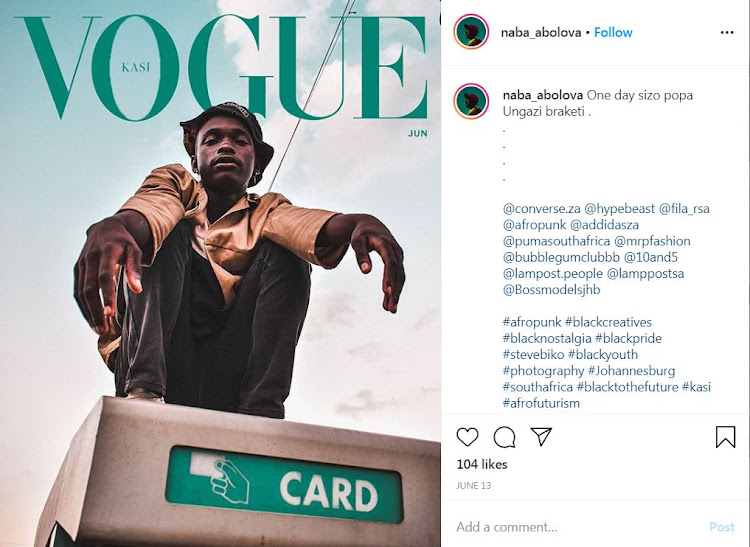 This image was created by the art collective AboLova, a six-person group, on a whim when they took part in the Vogue challenge that had social media abuzz not so recently.

The picture seems to speak to the current struggles of South Africa's youth.

Many are unemployed but looking global, unapologetically offering what is uniquely South African to the world on their terms. Half the art collective is employed while the other half is not.

The 24-year-old Myeni says creating content is expensive and they only have one camera that they use. But even with that they've managed to partner up with brands such as Thesis, an iconic Soweto lifestyle brand.

They shot for them and also worked on their website. Myeni hopes to create more work for himself and his team while sharing and celebrating the youth's vision of South Africa.

Bhala uses the lens to bring his audiences back to reality

A white bicycle and a red bag, these two things have become the signature of documentary photographer Andile Bhala.
Good Life
3 years ago
Next Article