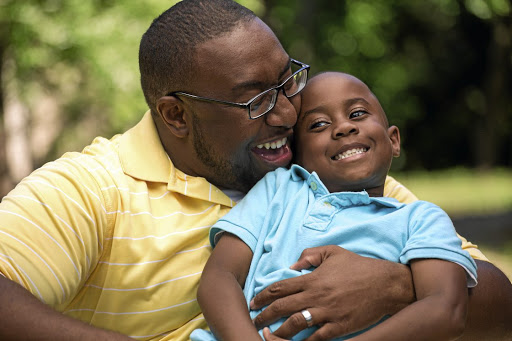 June 21 is Father's Day, and as the day progresses we will no doubt see our timelines flooded with messages for dads - from first-time fathers, to stepfathers and celebrations of fathers who have left us. Those who have the gift of a father in their lives surely have a parenting anecdote about them.

But is dad's parenting style that different from mom's? Should dad always be the disciplinarian?  SowetanLIVE reached out to  Shu-aib Salie, a fatherhood co-ordinator and facilitator at The Parent Centre, to ask him a few questions on men's parenting styles and tips on how to be a good carer for your child.

Do men’s parenting styles differ from women? If so, how do they differ?

While a good pair of socks may seem like the perfect way to go, you’d be surprised at how this day is celebrated in some parts of the world. Here are ...
S Mag
1 year ago

Mothers tend to seek the immediate wellbeing of the child, while fathers tend to foster long-term autonomy and independence. Children need both parents, because they learn different lessons from each. Neither fathers nor mothers are expendable. The presence of a father is critical to a male child’s learning self-control and appropriate male behavior, especially learning to respect women. Similarly, the presence of a father is vital for a female child’s self-respect and eventual development of a healthy adult sexuality. Children need mothers just as much. The presence of both parents seems to be necessary for ideally balanced emotional and mental development.

Is it in the child’s best interest to have the father be the only parent dealing with discipline?

Discipline is the responsibility of both parents. No, fathers and mothers are equal parents, even if they parent differently. Discipline is a process of teaching and guiding children so that they become self-disciplined. It starts at birth and never ends. It involves a delicate balance between nurturing/connecting/relationship building (understanding factors that influence behaviour, quality time, praise, not labelling, focusing on the positive, building self-esteem are the foundation of building a relationship with a child) and boundaries (assertiveness, house rules, boundaries, consequences, family meetings and problem solving). Thus, discipline is a way of being with children that is all-encompassing and ongoing. If we work with this perspective on discipline then definitely both mothers and fathers should be involved in this process.

The goals of discipline: • To teach them so that they will eventually become self-disciplined.• To give them confidence in their own judgement, so that they may form their own unique characters.• To socialise them, helping them develop socially acceptable behaviour.

What are some things (or misconceptions) that people need to know ( clear) about single fathers?

The biggest misconception is that single fathers are different from single mothers. Single parenting is single parenting whether you are a mother or father. There are many common challenges for single parents which are not unique to men or women for example finances, where children live, limited time with children, schooling, limited support etc.

Another misconception is that a single father cannot take care of his children alone.

What is very important to remember is that men show care differently to women. For example, men show love through play and showing and doing things for their children rather than through words. Men have a unique way of showing love, affection and care and once we understand and accept this, we will be able to embrace their way rather than try to change it.

What are the myths/stereotypes that need to be addressed on parenting for men?Common myths and stereotypes about men:  They do not cry and show emotion and lack nurturing qualities and if they display these some women see them as weak• Men are irresponsible• Men cannot do household chores• Men only watch sport and talk about other women• They are not interested in their own children• Men are seen as primarily wanting to be in control.

• They babysit and do not know how to parent.

• A man who cannot provide financial support will probably be just as bad in offering emotional support and physical care for a child.

Why do we have misperceptions about men?

• We have had negative experiences with men and these have influenced us in such a way that even when they display positive attributes, we think it is once off or false.

• People do not challenge or seriously think about negative messages that they receive through media and cyberspace. Many pass on these messages in jest.

• Lack of self-development and awareness creates negative thinking patterns that influences most of our opinions not just those about men.

.• Programmes in communities many a time exclude men, for example clinics are set up in such a way that it is not comfortable or friendly to men. This has led to men excluding themselves.

What are the advantages of having a male parent around?

Children are more secure in their relationships with partners of the opposite sex. Researchers on fatherhood in South Africa have argued that the presence of a father in the household is associated with positive outcomes such as children’s improved access to resources in the community, increased protection, and higher levels of household expenditure.

Benefits of father involvement for themselves - Positive father involvement is beneficial to fathers themselves, as Richter (2006: 74) puts it: “the concept needs to be fostered that increasing men’s exposure to children, and encouraging their involvement in the care of children, may facilitate their own growth, bring them happiness and gratification, and foster a more nurturing orientation in general.” Men who assume fatherhood are also less likely to engage in high-risk behaviour and are more likely to retain steady employment (Magruder, 2010).

Benefits of father involvement for men in general - It breaks cycles of men not knowing how to be a father because he did not have a father figure in his life. Involved fathers serve as role models who are able to positively influence men and boys in need of guidance and inspiration.