SA chefs cook up a storm at the culinary Olympics 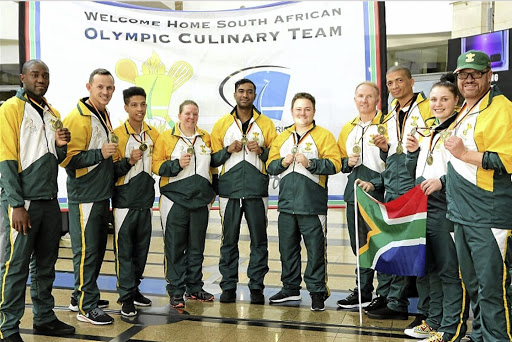 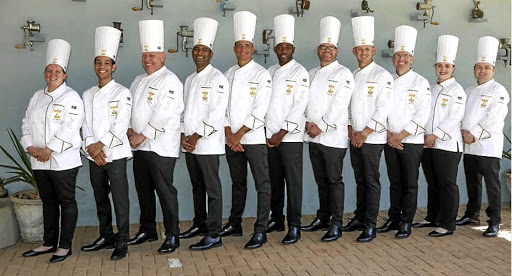 Just like other sporting codes, the culinary industry also has its Olympics every four years. The latest culinary Olympics was held last month in Stuttgart, Germany, with 800 participants, 110 teams and roughly 800 individual competitors from 67 countries.

The third medal was won by individual competitor Nicolas van der Walt of FBI Culinary Studio, who entered the showpiece category with a work of art in sugar titled "King for a day", a spectacular representation of South Africa's beautiful king protea.

James Khoza, president of the SA Chefs Association and executive chef of Sandton Convention Centre had this to say about the team's performance in a statement: "We are happy with the results. When you consider the high standards at the competition, our young team did exceptionally well. They learned a lot about what they need to work on, over and above the culinary elements, like sustainability, hygiene of the highest standard, and mental strength.

Jozi couple prove to have a winning recipe.
Good Life
1 year ago

"This achievement means we can set the bar higher, and work hard to reach gold in the next Olympics. It's an achievement that demonstrates what we're aiming to do for the country and brings unity to South Africa; it gives chefs aspiration because we are not just working for a salary, but for tourism and for the country, and we are putting ourselves forward as ambassadors for the country. I'm very proud."

Sowetan caught up with commis chef Sifiso Phillip Chiziane, whose role on the team was to assist the other chefs. The Kliptown, Soweto native received his qualification from Prue Leith Culinary Institute in Centurion and now works as a commis chef at African Pride, Melrose Arch, Johannesburg.

It was his brother who encouraged him to start his culinary career.

"I always loved cooking and my big bother noticed that he then applied for me in a program called the NYCTP [National Youth Chefs Training Programme]."

He's been a member of the SA national culinary team for more than two months and he's learned from his stint. "I have learnt professionalism, that everything done there is almost perfect and organised."

If you were in denial that we're steadily marching towards colder months, the past weekend was a wake-up call.
Good Life
1 year ago

Chiziane says he cooks for his family twice a week and couldn't live without salt, garlic or onions.

He believes that African cuisine is the most underrated in the world and since the competition is now over he says he plans on honing his skill some more. "I'm going to practise more and put in more hours in the kitchen."

The co-owners of catering company Why Cook have upped their cooking game in a big way.
Good Life
1 year ago

A doubly delicious cookbook to savour

Food Stories is a tasteful memoir.
Good Life
1 year ago
Next Article