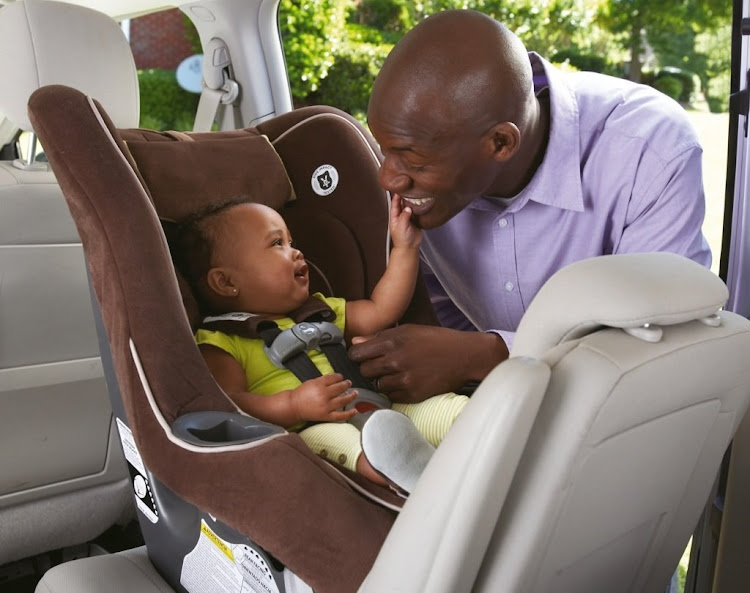 It's advisable to let children who have outgrown their baby seats, sit in booster seats until they are 1.5m tall.
Image: Supplied/N3 Toll Concession

Car seats are for babies, right? Wrong. Sure, most parents get car seats for their infants and toddlers because that’s what the law requires. From a safety perspective, however, it is advisable to let children who have outgrown their baby seats sit in booster seats until they are 1.5m tall.

The reason for this is that normal vehicle seat belts are designed for adults of that height – and most children reach it only at about 11 years old.

“The need to restrain babies and toddlers in vehicles is obvious, but parents must not forget that their older children remain vulnerable too,” says Peggie Mars, founder of the non-profit organisation Wheel Well, which advocates for improved road safety for children. “Vehicles are not a child-friendly zone – you have to make them safer by using the correct car seats for your children according to their height, weight and age.”

Car seats basically cater for three groups: infants, toddlers and children under 1.5m tall. The infant seat is specially designed to protect a baby’s vulnerable skeleton in terms of its spine, pelvis, head, neck and spine. Mars points out that babies’ heads are relatively bigger in proportion to their heads compared with adults, which means their heads will be thrown forward with more relative force than an adult’s during a crash.  “These seats are non-negotiable for infants from birth up to 13kg or 15 months and they must always be installed to face the rear,” says Mars.

The next group, toddler seats, caters for little ones from 9kg to 18kg and must be used until they are just over 1m or four years old. “Its minimum weight of 9kg is for toddlers who have outgrown the infant seat in height before they have reached the maximum weight,” says Mars. “It has a more upright position because by now your child will want to interact with their world. These seats should be rear-facing until they are at least 15 months old, but it is acceptable if they are forward-facing after that.”

Unlike infant seats, which can be taken out of a vehicle and double up as a rocker or feeding chair, toddler seats stay in the car. 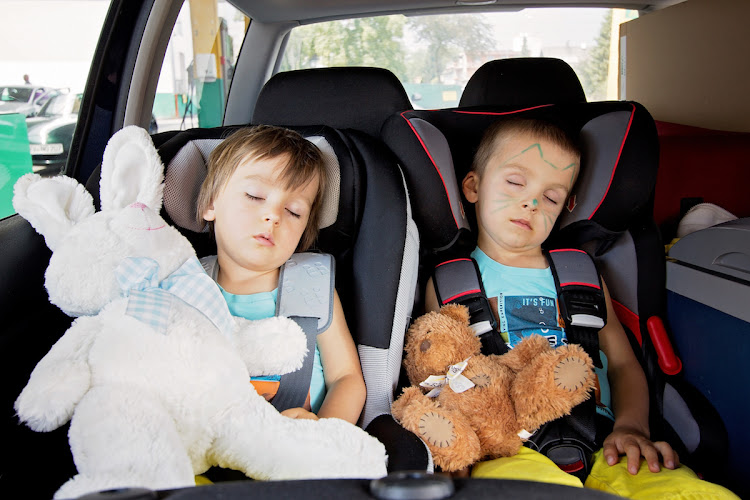 “In our experience, eight out of 10 car seats are incorrectly installed, incorrectly adjusted or the wrong seat for a child altogether," says Con Roux, commercial manager of N3TC.
Image: Supplied/N3 Toll Concession

A child above 18kg or four years old is strong enough to sit with a seatbelt, but not necessarily tall enough. “A booster seat raises your child and brings the seatbelt down to their shoulder,” says Mars. “It means they are properly protected by both a shoulder and lap belt, with the top one going over the middle of their shoulder, away from the neck and across the chest. The lap belt goes over the lap and hips and must never sit across the tummy.”

Mars says it’s important to keep one’s child in the correct seat for as long as possible, but no longer. “It’s also dangerous to keep your child in a seat that they have outgrown,” she says. “So, watch the upper limits of a seat in terms of height, weight and age and move on to the next category when any of these development stages have been reached.”

Mars acknowledges that car seats are expensive and that many SA parents cannot afford them. That’s why Wheel Well has a “seat exchange” through which it provides secondhand child restraints to lower-income families for the price of an affordable donation. “We receive the donated seats, clean them and check them for defects before putting them in stock,” says Mars. “We encourage parents to return the seats once their children have outgrown them and so we keep the system going.”

Wheel Well is partnering with N3 Toll Concession (N3TC) on December 13 2019 to hold a “Car Seat Clinic” at the Bergview Complex just off the N3 Toll Route near Harrismith. It will serve as a drop-off point for families who want to donate their used seats. “We understand that the cost of car seats can be prohibitive for many parents, so we keenly support Wheel Well’s exchange initiative,” says Con Roux, commercial manager of N3TC.

The clinic will address another critical issue: car seats that are not correctly installed. “In our experience, eight out of 10 car seats are incorrectly installed, incorrectly adjusted or the wrong seat for a child altogether,” says Mars. “We will assist families to check the correct installation and harness fit of car seats and also advise parents on their suitability for children of different ages.”

For Roux, the clinic is an opportunity to shine a spotlight on the wider issue of child road safety. “We’ll already be well into the holiday season and its concurrent increase in traffic as well as crashes. We have to do everything we can to make parents aware of the need for child restraints and driving lovingly.”

This article was paid for by the N3 Toll Concession.

Recommended rest and adventure stops on the N3 to KwaZulu-Natal