Free your spirit in the FS 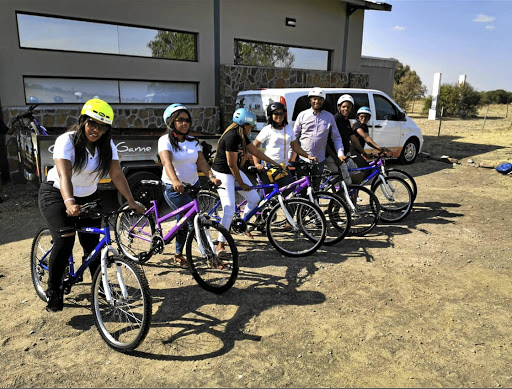 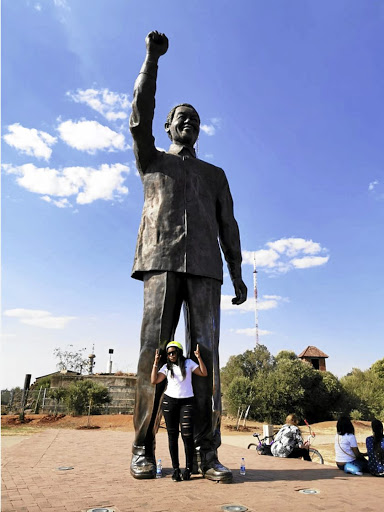 I was excited when I got invited to take part on a tour of the Free State, but little did I know the experience would help me also conquer one of my biggest fears - riding a bicycle.

About 17 years ago I fell off a bike, almost hurting myself, and I took a decision then that I would never ride a bicycle in my life again. Part of the activities of the Free State tour included cycling up to the Naval Hill in Bloemfontein, where a Nelson Mandela statue stands.

The city of roses, as Bloemfontein is affectionately known, is home to many key historical and heritage sites.

It hosts the country's Supreme Court of Appeal, the Franklin Game Reserve, the Maselspoort Resort and the Sand du Plessis Theatre.

The city also boasts numerous museums, including the National Women's Monument, the Anglo-Boer War Museum, the National Museum, and the Oliewenhuis Art Museum.

FS tourism board keen to cash in on location

The CEO of the Free State Gambling, Liquor and Tourism Authority, Kenny Dichabe, says the province has not taken full advantage of its centrality to ...
Good Life
3 months ago

The city's Sesotho name is Mangaung, meaning "a place of the cheetahs". Our first night in Bloem was spent wining and dining at Loch Logan Hotel and wrapped up at the Anta Boga Hotel situated at the heart of the city.

The next morning, we woke up to a hot and windy weather as we made our way to the Anglo Boer War Museum.

After the museum visit we were then offered bicycles to ride up to Naval Hill to visit the Nelson Mandela statue.

At first I panicked and didn't think I could do it again after my bad experience 17 years ago. One of the tour guides told me I could do it and that it was all in the mind.

I gave in and climbed onto a bike, I started paddling and all the memories of how I crash- landed and almost lost my teeth flashed back. "Come on Promise, you can do it, the other guys are waiting for you," our tour guide Mothusi Lerumo said, patting my shoulder.

Farmer and businesswoman Tebogo Ditsebe from Jacobsdal in the Free State always had a passion for farming.
SebenzaLIVE
8 months ago

I fell off the bike in my first few paddles, then I decided to fight my fears and I just took off. I paddled, shaking, until I got my rhythm on and went up the hill. When we reached the top I then realised that I had just overcome my long-time fear. I felt like a victor as I made my way to the hill and broke off the chains of the one thing I was sacred of.

Later that evening, we drove to Gariep Dam, about two hours south of Bloemfontein, for the next part of the tour. We arrived at De Stijl Gariep hotel, beautifully built on the hill overlooking the resort town of Gariepdam.

The hotel serves a variety of mouthwatering dishes from the Karoo cuisine at their Mondrian restaurant, fine wine and fresh cocktails.

The dam has boat-cruising facilities which cater for the whole family. However, we could not go on a boat cruise because of the windy weather.

We ended our tour by undertaking a 4x4 tractor ride around the dam. What a trip.

*Marupeng was the guest of Free State Tourism Board

The meat his dad gave him to make biltong as a reward for his help as a youngster inspired a Free State entrepreneur into starting his own business.
SebenzaLIVE
11 months ago

The Barberton Makhonjwa Mountains have been inscribed on the prestigious World Heritage List‚ Arts and Culture Minister Nathi Mthethwa announced on ...
News
1 year ago

#TravelTuesday: Clarens, the jewel of the Free State

Clarens, the jewel of the Free State
S Mag
1 year ago