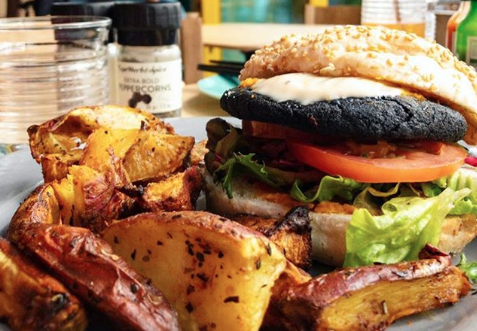 Vegan restaurant Lexi's Healthy Eatery has had to reprint its menus after receiving backlash for calling one of its burgers a “sangoma” burger. The eatery responded to the backlash on Instagram after complaints from customers.

“The activated charcoal in the burger is a natural and detoxifying agent, and a sangoma is a traditional healer.” This, according to a statement from the establishment, was an attempt to change people's mindsets and be inclusive.

“What we are doing at Lexis is to try to shift the mindsets and make a positive change, we are always trying to be as accessible and inclusive as possible. This was an attempt to do that, not to exclude or offend.”

An Instagram complaint by one customer shows a menu which reads “the sangoma burger” and “welcome to the dark side”. The eatery said the phrase was meant to get people to try something different and new.

The customer is also said to have asked the waiters about the menu. They said it was designed by the owner of the eatery, Lexi Monzeglio, three months ago.

“We acknowledge and understand people's hurt. We will be much more culturally sensitive and careful in future,” said the venue.

The chicken Tony Botes bought from Food Lovers Market on Sunday was already roasting in the oven for the family’s lunch when he noticed the Use-By ...
News
2 years ago
Next Article