Waste-free life in the city 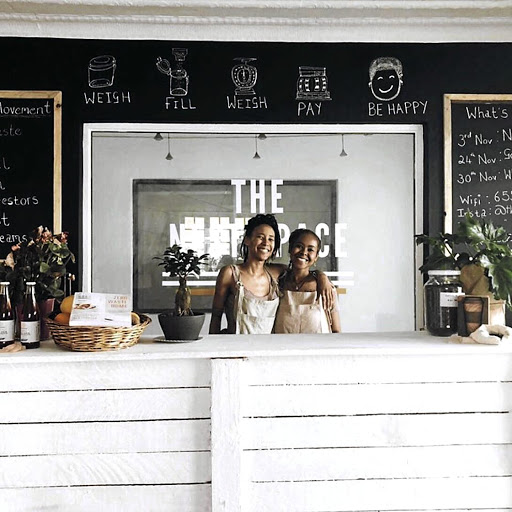 Anesu Mbizvo and Banesa Tseki, the owners of the Nest Space, a yoga studio and vegan cafe.
Image: SUPPLIED

There are few spaces in the city which are peaceful.

Most of these spaces arguably would be yoga
studios, which make a concerted effort to create an environment that is as peaceful as
possible.

But what happens if you find yourself an alien in these spaces simply because of the exclusivity of yoga?

Well, you start your own space - and that is exactly what Banesa Tseki and Anesu Mbizvo did.

The duo founded The Nest Space, which is situated in Greenside, Johannesburg. The space is a yoga studio with a twist; it also has a vegan cafe and a zero-waste grocer.

Comprising three spaces for shopping, eating and practising yoga, The Nest Space, is a wellness centre of sorts.

The idea for this space, said Zimbabwean-born Mbizvo, was to offer people who did not feel a sense of belonging in a traditional yoga studio. For people in the queer community to those who have bodies that are not traditionally shown in yoga posters and especially black people, The Nest Space is welcoming. 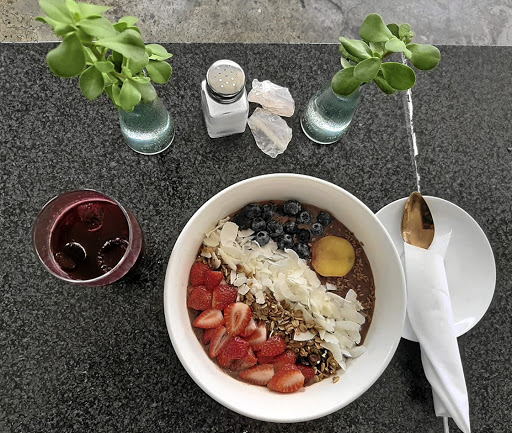 The sounds of Jhena Aiko, Daniel Ceasar, Zonke and Lira permeate the space. Low tables with cushions provide a laidback atmosphere for clients.

The duo, who are also yoga instructors, started the space a little more than a year ago and encourage aspiring yoga enthusiasts to walk in to attend a class.

They also have a booking app for weekend classes, which are in high demand.

Mbizvo, who studied medicine and also a preschool teacher, said it costs R120 to
attend a yoga class.

"People who are new to yoga are encouraged to sign up for the newcomer's special, which gives them an opportunity to try all the yoga classes before committing to a monthly membership agreement," she said.

Mbizvo's background in medicine is complemented by Tseki's experience as a brand strategist. 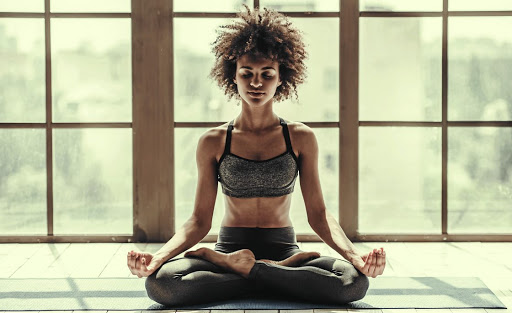 Tseki, from Lesotho, said she has found her passion, which is to build a meaningful brand, a far cry from her previous job, which was mainly about creating hype.

"Financially, there is no excuse for you not to be interacting in a space," said Tseki.

The pair are both graduates of University of Cape Town, but didn't meet there.

They met through mutuals friends in Johannesburg shortly before they started the business.

They denounce the idea that a plant-based lifestyle is expensive, saying that for "Africans it is a return our old way of life, which comprosmised of a diet which was rich in vegetables, grains and fruit".

Their zero-waste grocer sells everything from grains, coconut flakes to clothing, soaps, lotions, deodorants and toothpaste.

The products are sourced locally and from the rest of the continent.

"It's a lifestyle, that's what we're trying to sell," said
Mbizvo.

"It's basically living consciously. I think for a lot of people, you need to show them that it can be done first . when you're able to be an example, people see that they too can do it," said Tseki. 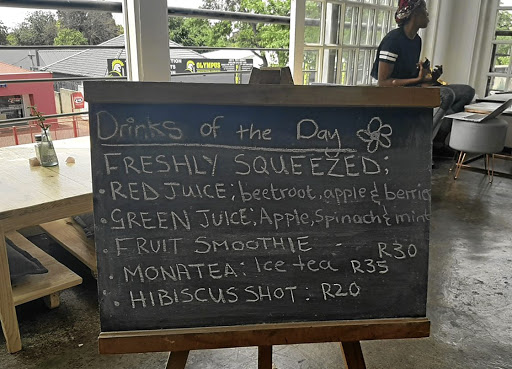 The drinks menu is a refreshing mix of fresh fruit, vegetables and herbs.
Image: LONDIWE DLOMO

They plan to be the most affordable one-stop shop for all those looking to live a conscious, waste-free life.

Their biggest challenge was getting seed capital for the business.

But thanks to investors from their communities, they were able to start the business.

Another challenge was convincing people to embrace with a vegan, waste-free lifestyle.

"We are looking to take over the entire value chain. We want a farm where we can produce the products and also use the land to host retreats, getaways and maybe even have a holistic health centre." said Mbizvo.

Research shows intolerance to gluten-rich foods is on the rise.
Good Life
2 years ago
Next Article