Melinda Gates's crusade for an equal world for women 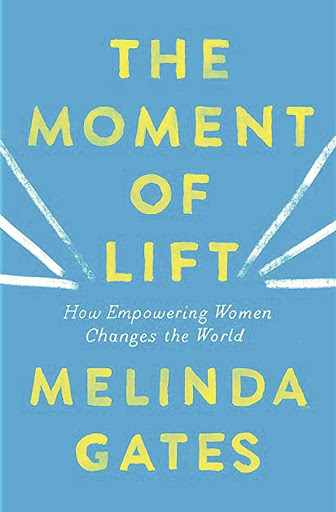 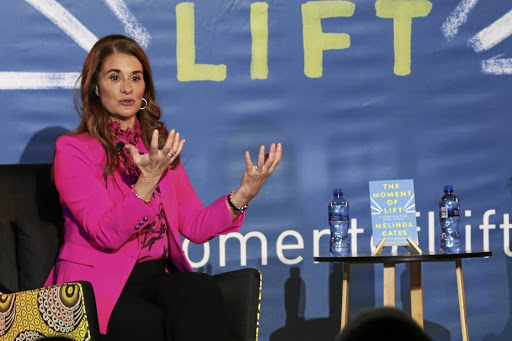 If somebody had asked me to guess what Melinda Gates's book is about, my answer would have been "It's an autobiography" - which means it would have flown off the shelfs by virtue of who she is.

However, she penned a book that is a cry for an equal world where women's lives are not defined by gender roles and children have access to healthcare and education regardless of their backgr ounds.

"All lives, no matter where, are equal but that is not the case," she says, during a conversation about her book, The Moment Of Lift: How Empowering Women Changes the World.

As I drove to the event, hosted by publishers Pan Macmillan and the Nelson Mandela Foundation, in downtown Johannesburg on October 29, I thought to myself, "this will probably be one of those events where the wealthy pledge billions for the poor and simply move on with their lives".

I had read one article years back about Gates advocating for contraceptives for poor women in Africa and Asia but nothing much about her or her work.

But as I sat through the conversation she had with broadcaster and author Redi Tlhabi, I was pleasantly surprised as Gates came across as honest, with a compassionate approach to the plight of poor women she had met during her world travels.

She said when she and her husband, Bill Gates, learnt that hundreds of kids were dying of preventable diseases in developing countries because of lack of vaccines they decided to help as they believed "no child must die because their parents are poor".

However, they were worried about how to ensure that their assistance reached the people who needed it.

She later decided to travel to meet the mothers who were benefiting from the immunisation programmes funded by the Bill and Melinda Gates Foundation in partnership with various organisations around the world.

She met women who were grateful for their babies getting their shots but frustrated by health facilities running out of contraceptives.

Protected by an umbrella as heavy rain fell, the world's richest man walked into one of SA's most desperately impoverished townships on Friday.
News
1 year ago

"We met women in sub-Saharan African who had travelled miles and miles only to be told the shots were out of stock. I thought we have to do something about this."

I left the venue eager to read the book, to find out what else Gates had discovered as she travelled through Africa and Asia.

The book is a compelling read - a bit about her life mixed with sad stories of women Gates met.

I started off on a good note, reading how she ended up working for Microsoft, meeting Bill and how he had asked her out on a first date.

"One Saturday afternoon we ran into each other in the company's parking lot. He struck up a conversation and asked me out for two weeks from Friday.

"I laughed and said, 'that is not spontaneous enough for me. Ask me closer to the date' and gave him my number," reads chapter one.

He called her two hours after they had met and asked her out that evening, asking if "that was spontaneous enough for you?".

They went out and that was how they began dating.

But this is the pleasant part that leaves the reader with thoughts of romance, feeling all fuzzy and warm inside.

It quickly moves on to the emotionally draining stuff like when she met a woman in India who was grateful for her children getting the vaccines but did not want to have more kids because she was too poor to feed the two she already had.

That was part of a turning point for Gates when she decided that they were not only going to provide immunisations but supply contraceptives too.

The book explores genital mutilation of girls; how it affects them and their mothers. The victims' voices come through here as they are quoted in the book.

Gates also covers the suffering of child brides who miss out on education and start having kids at a very young age, in turn affecting their health. There are personal accounts from girls and how getting married early had destroyed their lives.

The book also explores how much time women and girls spend on unpaid work - in the form of domestic chores.

Gates narrates a story of twins, a boy and a girl, she met in Tanzania and lived with the family for a few days. Their parents were worried about the girl not doing well in school, when they all examined it closer they realised she spent most of her time on chores while her brother had free time to study.

She relates how lots of economies throughout the world were built on the backs of women through unpaid labour. An average woman in SA does two-and-a-half hours of unpaid work a day while it is 90 minutes in the US.

"That is seven years in a lifetime... Unless we learn how to distribute the chores evenly, we are never going to unlock women's full potential," she said to loud applause from the audience.

This is a well written book, easy to read, I would recommend it for everybody, those who believe in gender equality and those against it.

It will change your outlook on life.