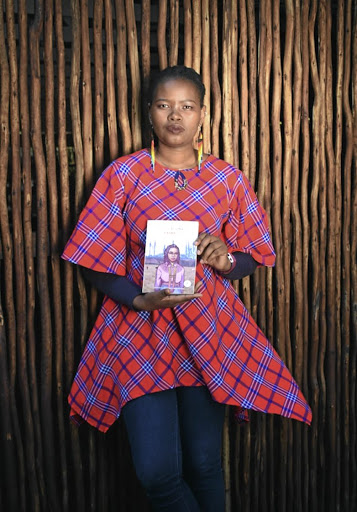 Hombakazi Nqandeka and the book she wrote after completing her studies overseas.

Hombakazi Nqandeka made sure that nothing stood in her way as she chased her dream of becoming an entrepreneur and a published author.

The 30-year-old from Mqhele village, near Elliotdale in the Eastern Cape, said her dream to be a farmer and agriculturalist was inspired by helping her mother, Lindiwe grow crops in their backyard when she was young.

"I grew up in a farming home and that was our way out of poverty. I now live to impart the same culture in my community," said Nqandeka.

Nqandeka said she now employs five permanent workers and other part-time employees, especially during the maize season in Mqhele.

"I assist communities with soil analysis before planting, grooming and preparation. This works best for healthy vegetables," she said.

She said she educated women and children on scientific cultivation, nurturing and garden maintenance.

Nqandeka said she felt fulfilled by being able to teach her community how to grow their own food and start lucrative businesses that put food on the table.

"We also run a free-range chicken farm where we produce organic eggs."

She describes her mother as an inspiration and a pillar of support for her business.

Nqandeka completed her matric at Mnyanga Secondary School in 2007 and went on to further her studies at the University of Fort Hare where she studied for a bachelor's degree in agriculture and pursued an honours in soil science.

"In 2016, after hard work, I got a scholarship from the National Research Foundation to go to Ireland to study towards my master's in agriculture, climate change and transitions at the University of Ireland," said Nqandeka.

Last year Nqandeka moved to France to study for a master's in agricultural systems and development at the SupAgro University in Montpellier. She also went on to study at Makerere University in Kampala, Uganda.

Her book, titled The Dissonant Rainbow, was inspired by the good treatment she received from people abroad.

"I was overwhelmed by white people's treatment, warm welcome, and humanity that I received during my stay there, as opposed to how I was treated back home," she said.

"They taught me that I am not only a maid or worker but an individual who they could come [to] visit and learn from."

In her book, Nqandeka also revisits the history of SA, reflects on what's happening in the present and touches on relations between black people.