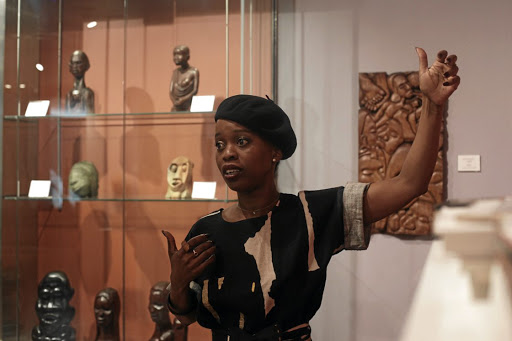 Same Mdluli is the manager and curator of the Standard Bank Gallery./TSEPISO RAMOSELA

An artist who studied in Paris in the 1930s, gets captured during the second world war and is imprisoned in a German concentration camp. He is released, marries a Danish woman, moves to Denmark and joins an art collective.

This sounds like an impressive period movie about a European man. It is not.

It is the life story of South African artist Ernest Mancoba. Standing in front of his work L'Ancentre during a recent walkabout at the Standard Bank Gallery, I first hear his story.

The art piece is a kaleidoscope of reds, browns and yellows and immediately makes one think of a thousand voices talking in unison, the reds and browns look like deconstructed Khoi-San rock paintings, I point out to Dr Same Mdluli, the manager of the Standard Bank Gallery and the curator of its latest exhibition A Black Aesthetic: A view of South African Artists (1970-1990). 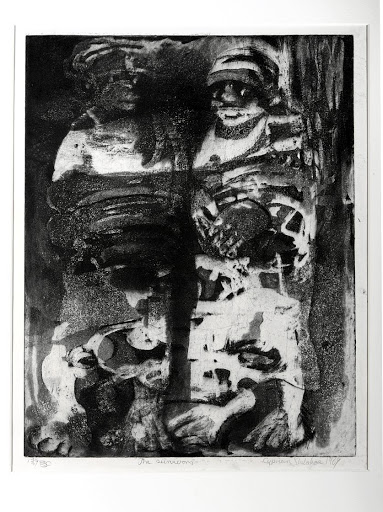 It is often dangerously assumed that art is only for the select few. That is a notion that the 36-year-old is trying to dispel. She tells of an anecdote of an attendee who mentioned that he spent his days with one of the artists and shed light on his work.

"We had artists among us in the townships. That has been an interesting thing that has been happening organically around the exhibition. The stories that people are voluntarily telling and relaying of some of the encounters they've had with either the artwork or the artists."

While studying, she realised early on that not everyone can be fulltime arts practitioners. She then decided to branch out into arts administration. 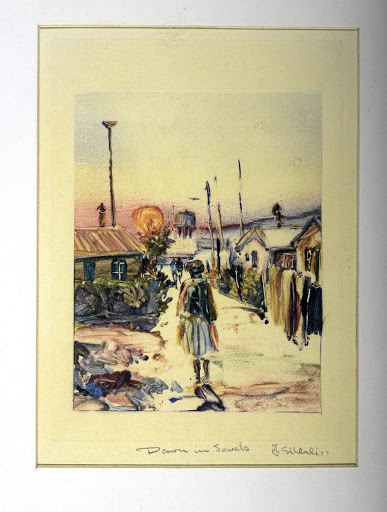 'Dawn in Soweto' by Sihlali has loads of township life.

"I then did my MA in arts and culture management that entails things like policies around the arts, copyright issues, management of systems, all of that, which I think was a big help in preparing for a position like this," she says.

Mdluli states that our institutions should broaden their scope when it comes to education. Students should be encouraged and guided to other avenues within the arts industry.

"I think there is a narrowness that is kind of being preached at institutions, that yes, you study fine arts so you're going to be a fine artist. the one thing that this exhibition has highlighted is around conservation and restoration, which is a whole other career," she highlights.

Mdluli then reiterates that the industry is not as narrow as perceived, that it is multifaceted.

The works in the exhibition were loaned from the University of Fort Hare. The university has the largest collection of art by black artists who were working in the 1970s-1990s.

Works from the likes of Thami Mnyele, Paul Sibisi, Madi Phala, Lucky Mbatha and William Zulu are on display. Portions of the exhibit are dedicated to artists like Dumile Feni amongst others, who have achieved international acclaim and sheds light on his influence in style, aesthetics, and form.

The works of Cyprian Shilakoe and Dan Rakgoathe are displayed together to show their influences on each other's style. The artists were both interested in concepts such as African spiritualty and cosmology.

There are many other themes that are highlighted within the exhibit.

"As a curator, you're not meant to impose your views on the audience, you merely guide them. The interpretations are up to them." 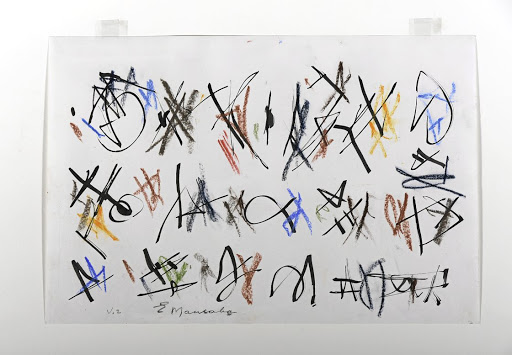 The exhibition aims to 'build a more comprehensive historical account', that will allow future generations to appreciate and be informed of the country's visual arts history.

The artists featured in the exhibition are often referred to as neglected. In what sense were they neglected? I quiz Mdluli.

The art historian remakes that exhibition in a way honours the artists who could not show their works in art galleries in this country during the time the art was made.

She went on to say that she hopes it also encourages arts organisations, private sector, schools, university departments to invest in the arts and creating spaces where art can be appreciated.

Entrance to the exhibition is free. Walkabout dates: March 16 and 30, April 6. All walkabouts will start at 11am.

Xenophobia, violence and poverty all feature in work of well-travelled artist
Good Life
3 years ago
Next Article