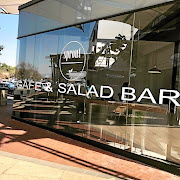 Image: Supplied Sprout restaurant at the Stoneridge centre in Edenvale on the East Rand.

Whether it's a braai or a traditional gathering, one thing you can always expect at a South African event is meat. South Africans love their meat.

Last year, after leaving a job at her husband Shaun's company, the 30-year-old mother of one opened up her first eatery aimed at the health conscious as well as vegan patrons looking for delicious, fresh, nutritious and exciting food.

The menu offers everything from a salad and smoothie bar to banting burgers, wraps, fresh-pressed juices, and banting and vegan waffles.

Klapthor believes that renting shop space at the Stoneridge centre in Edenvale, Ekurhuleni, was a good move as the area is "oversaturated with generic fast food and was crying out for an alternative".

"I decided to do something I was passionate about, something that I really wanted to do. I saved a lot of money and eventually got to the point where we are now. We are up and running. It hasn't even been a year yet but we've had a a good response from customers," she says.

"We are obviously still in the process of perfecting things. Processes and operations are still being refined behind the scenes but it's been a massive learning curve."

They came up with a menu that features fresh, trendy vegan meals but also options like chicken wraps.

"I knew that I wanted to have a vegan alternative for every single item on the menu. I didn't want them to feel isolated. I also wanted to have sort of an indulgence section, so that you can come with a friend or partner," says Klapthor.

Being new to the industry, Klapthor has come across a number of hurdles in her journey, one of them being dealing with people's misogynist and archaic perceptions of what a restaurant owner looks like.

"One of the things that frustrate me a lot is when a customer walks in and the first male that they see they assume 'oh, you must be the owner'. I'll be standing there greeting them and they'll look straight past me and go for the white guy behind the bar." 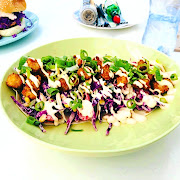 The young mother is also learning to navigate the long working hours. "It's a horrible industry, so difficult, you never have a break. You are here seven days a week. But I do think with the current trends, a move towards healthy food is a good idea."

Klapthor already has plans for expansion. "We are opening our second store in Sunninghill with Move Motion Fitness [gym]."

Klapthor's advice for those who want to be successful in business is to be flexible.

"You want to stick to your original idea and then you realise that you might need to change because the environmental factors around you change. So you need to adapt and be flexible enough to accommodate that."