The melting pot of Brazil 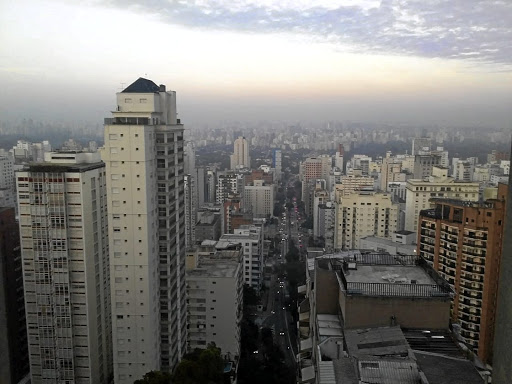 Over 70 nations have come together to create the city of São Paulo , with its coffee aromas, graffiti and high-volume traffic.

Graffiti on the walls, traffic, coffee aroma and delicious beef are some of the experiences of the vibrant city of São Paulo in Brazil.

The historical centre of São Paulo , Mercado Municipal, was the centre of attraction.

That is where the city was born.

The traffic was crazy and we learnt that in almost every household, there are four cars.

But nothing can take your mind away from the beautiful and colourful art on the walls.

Graffiti has always been seen as a way to highlight social problems in the city, with the Vila Madalena area described by artists as "Express Yourself Street".

The city is divided into two, with the rich settling in the southern part of the city and the poor living in the northern side, which has the heavy industry and immigrants coming to the city.

Ever heard of a restaurant where different cuts of grilled meat keep being brought to your table? Well, there is a famous meat steak house, Churrascaria Vento Haragano, where we ate until we begged for no more.

The economy of São Paulo is regarded as strong because they still have agriculture and heavy industry, and the city is hi-tech. 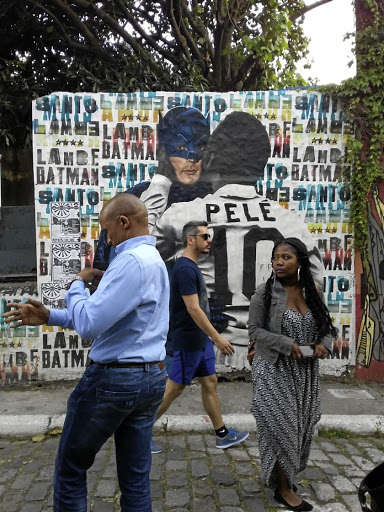 Vila Madalina, also known as 'Express Yourself Street', has the most interesting graffiti.

Sixty percent of Brazil's millionaires live in São Paulo . It has 140 streets and buses carry nine million people per day, with only 260 people riding bicycles.

We also visited the municipal market, where many people from different cultures have become one. "This is how beautiful we mix and live in peace with each other," our tour guide, Leonardo, said.

He said people from 70 different nations came here and helped to build the city.

Leonardo said there is no way to define the people of São Paulo . "It was the poor and ugliest city during the Brazilian empire. Then with Europeans [moving here with] their coffee, it became the trade centre that it is today.

" It's the biggest city in South America and has the best doctors and hospitals," he said.

This was a two-day all- women trip adventure organised by SAA last week. This reporter was part of this adventure, with the flight to the country being the first intercontinental one in SAA's 84-year history to be operated by an all-female crew.

Ramasia said SAA took pride in the fact that it had exposed the youth and women of SA to scarce and critical skills. 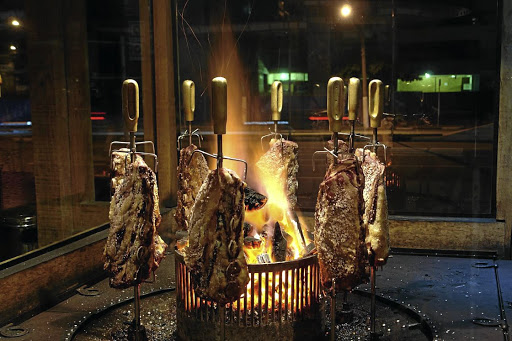 At restaurants such as Churrascaria Vento Haragan, you get to eat till you want to no more.

She said in 2014, the women-only airline was a domestic flight to Cape Town, while in 2016 they embarked on a regional flight to Accra, Ghana.

"We take pride that it's women who are doing this. These women told themselves that there was no glass ceiling for them, they were going to knock on those doors and careers that were previously occupied by men only," Ramasia said.

She said with it being Women's Month, the trip was the ideal way for SAA to show that it was possible for women to be part of what used to be a male-dominated field.

"SAA is doing enough in empowering women, the responsibility lies with women who have the power to change things. It is doable."

She said she would like to see men who were prepared to assist women.

"I want men to take the responsibility to champion women issues. Growth is across the board for women as well. I want to see ourselves in a situation where men are championing to be included," she said.

SAA has 71% of women in executive positions.

- Tshehle's trip was sponsored by the SAA.