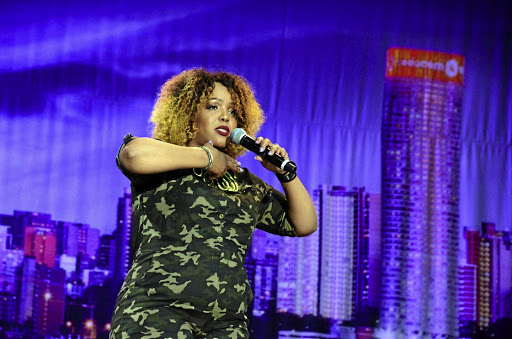 Nothing lifts the spirit like a really good laugh. Laughter can transform the mundane into the beautiful, the serious into the hilarious.

Laughter can bring people together, as evidenced on Saturday at the Blacks Only comedy show at the TicketPro Dome in Joburg.

The event was being held there for the first time and the venue was almost full. There was an electric, yet pleasant atmosphere.

Before the show people milled about with ready smiles. We were devotees ready to worship at the altar of comedy.

What exactly made us so keen to be there? Why do humans need laughter, anyway?

"Laughter helps connect people in a heart space and it actually gets the brain to release things like endorphins, serotonin and opioids," says Shareen Richter, a laughter and happiness professor at the Laughter Coaching centre in Rivonia, Sandton.

The school teaches people how to create "inner happiness and resilience", so that they can be more productive and peaceful.

"We don't laugh because we're happy, we laugh to make us happy," she says.

Laughing is an ability that we're born with. Studies have shown that babies start to smile at two weeks and giggle as young as two months.

"Laughter has been given to human beings because it has been scientifically found to be the only thing that we have that can instantly change the negative effects of stress on the human body," Richter says.

She says we're so focused on looking for external things to make us happy, such as cars, other people and money, yet we forget that the only way to find happiness is within ourselves, which laughter helps us tap into. Those gathered at the Dome were there for their various reason, as was I.

Looking for a way to shake the flu from my body and clear my fatigued mind, I sat in rapture and was entertained by the comedians. 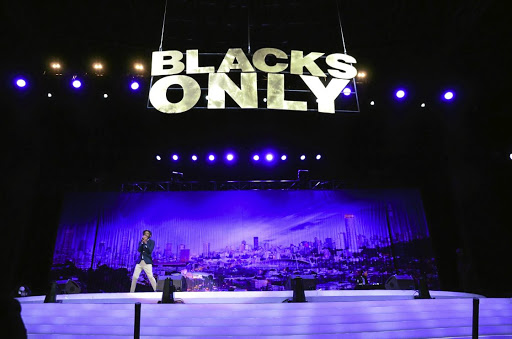 The Blacks Only show at the TicketPro Dome in Joburg was a huge hit.
Image: Jina Min

Hilarious references to listeriosis and polony were made, while Sfiso Nene received a standing ovation for his satarical take on taxi drivers, which had the crowd in stitches.

Indeed, the therapeutic effects of laughing were in evidence as I felt the fatigue leave my body and a face-splitting grin took up residence on my face.

There are many people who seek laughter as therapy, as it is stress reducing. Attending a comedy show is one of the avenues, another is attending a laughter yoga or laughter aerobics class. Laughter can be used to help patients cope with serious diseases such as cancer.

One of the highlights of the show was welcoming back Tumi Morake, who had just returned from filming a Netflix special in Montreal. Her set, which was largely about her children, went down well with the crowd.

David Kau scored a special milestone at the weekend with his Blacks Only comedy franchise by attracting the biggest audience in its 14-year history.
News
3 years ago
Next Article