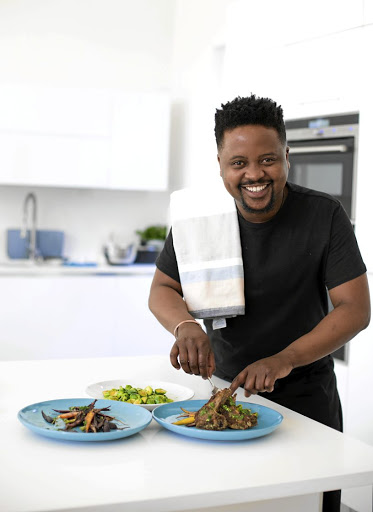 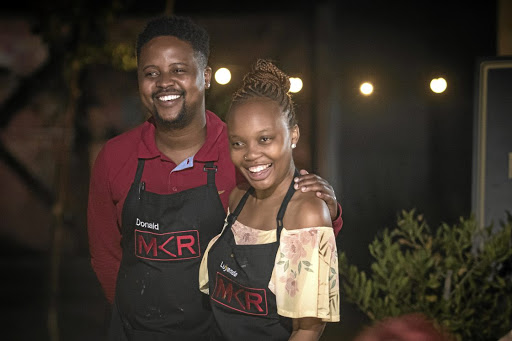 Donald Chipumha made a career out of photography. As @photogeniustats, his alias, he has trailed Mzansi's movers and shakers, documenting their red carpet appearances and what they get up to at star studded events, and profiled their carefully choreographed studio shoots.

But now he's fastened his seat belt for the rush that is My Kitchen Rules SA. Donald was unveiled last Friday as a contestant with his partner in the kitchen, Luyanda Mafanya.

Donald says food has always been in his family.

"I've always liked good food, and staying by myself made me aware of what I eat. So I would take pictures of the food I made and shared those," he says.

"I learned cooking from my dad, Masimba, who is a great inspiration. I was always around when he cooked and he would ask me to keep an eye on the pots and in that way I learned cooking.

"He worked for a liquor distribution company and people would like to have food when drinking. He became good with the grill and he loved fish. We ended up owning a fishery and meat was his forte."

His father died in 2008 and Donald feels like he's continuing a family legacy.

"My speciality, like my father, is meat. I'm good with the grill and seafood. I've informed myself about what kind of fish in endangered. I'm responsible about it."

He says the opportunity to be on My Kitchen Rules SA came as he had taken cooking seriously.

"It's a great platform for me to learn from the best. I would encourage any home cook to enter and experience it."

A taste of Kea Ramphadile's determination

Entrepreneur is cooking up a storm after losing her job in marketing.
Good Life
3 years ago

The pairs present their best dishes to be judged by JSomething and David Higgs and the lowest scoring pair is shown the door every week.

"I've teamed up with a partner and I'm learning a lot about communication and partnership as well as working under pressure, which is different from cooking for friends at home," he says.

"The judges are experienced in their respective careers and any feedback helps to make us better cooks."

As a foodie, Chipumha says he has enjoyed seeing food trends that make the space all the more exciting.

"I love the new different flavours of ice cream that people have not heard of, as well as the fusion that is gaining so much momentum. People are playing around with ingredients and it's great.

"I'm hoping to gain good experience from the show and I see it as a stepping stone in the food industry. Photography will always be my first love, though."

The show is on M-Net on Sundays at 7pm and Chipumha and Mafanya feature in next Sunday's episode.

Tips on how to host in the chill of winter

Inviting people over can be a very stressful experience, especially in winter.
Good Life
3 years ago
Next Article