This is South Africa's favourite emoji – and who loves toilet humour 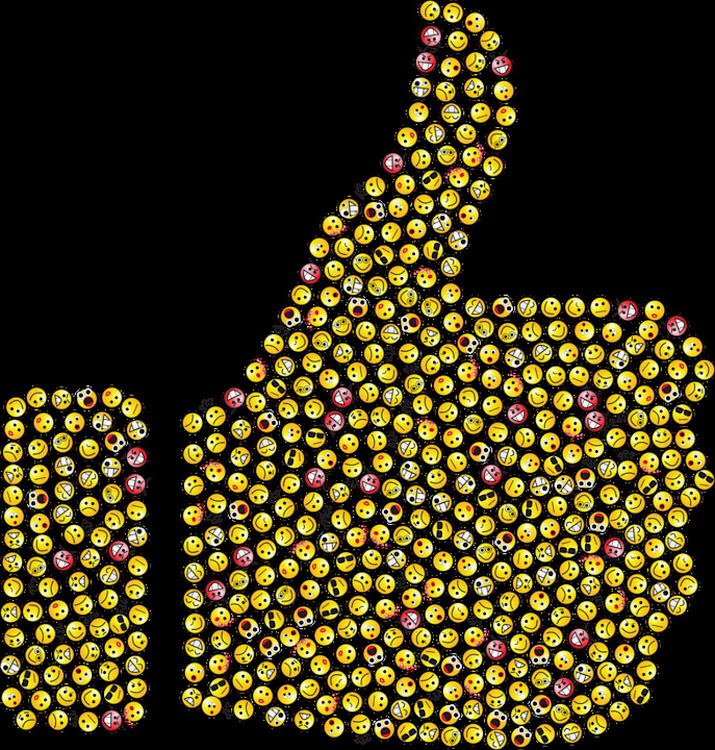 You can be sweet or saucy with an emoji‚ so who speaks your language – and who gets it wrong in the pictionary of the mobile device?

With World Emoji Day coming up on July 17‚ the team at HighSpeedInternet.com has released a study about the use of emojis and what they mean around the world. Generation gaps and confusion aside‚ the most popular emoji among English-speaking countries is the smiley emoji‚ unsurprisingly. So they pulled data to map the second favourite in various countries‚ to show the diversity.

South Africans keep things sweet with a kiss and wink.

The UK‚ the US‚ Jamaica‚ and Trinidad favour the laughing-so-hard-I’m-crying face.

Ireland’s sense of humour is “a wee crasser” as its nationals opt for the poop emoji. This doesn’t resonate with us‚ as the study showed some respondents from South Africa‚ New Zealand‚ and Canada mistook the poop emoji for chocolate ice cream.

“We can see how they were easily beguiled by those perfectly swirled‚ soft-serve curves‚ but uh ... yuck‚” HighSpeedInternet.com commented.

“On a non-gross note‚ most of our participants agree you can send the blowing kisses emoji to friends and family without being mistaken for flirting. 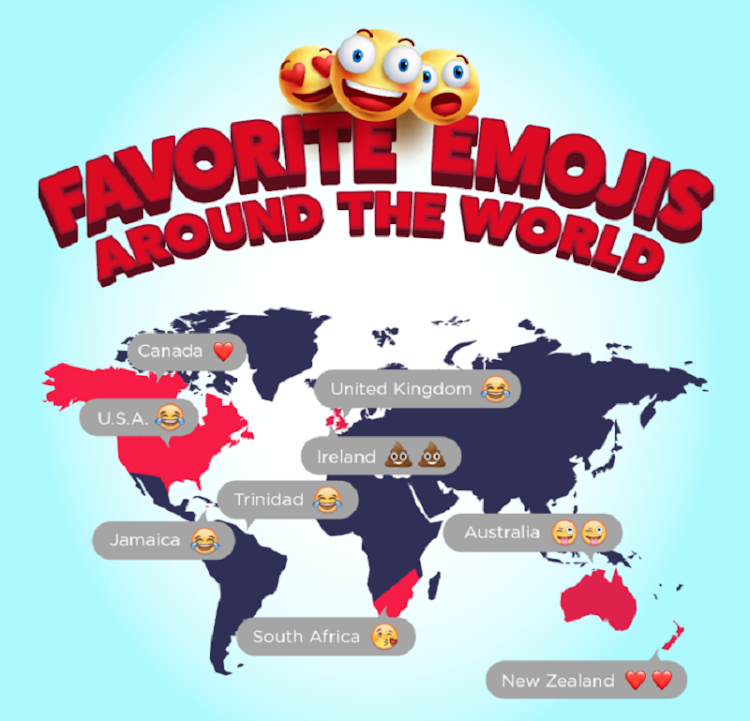 Who's a softie and who loves a good toilet humour joke? With World Emoji Day coming up on July 17, check out how mobile users share their feelings.
Image: HighSpeedInternet.com

“Similarly‚ you’re okay to send the fire emoji to mean literal fire‚ unless you’re in the UK or Trinidad‚ where participants use the flames to express attraction. But most importantly‚ watch out for the eggplant in Trinidad‚ Jamaica‚ and Ireland: it’s primarily used as a sexual reference in those countries.”

People aged 18 to 24 are most likely to use emojis as sexual references.

“These participants gave salacious meaning to the sweat droplets (which all other age groups referred to as rain) and peach emojis‚” the study discovered.

Both 25 to 34-year-olds and 45 to 54-year-olds are prudish with blowing kisses – around the world‚ they are less likely to send this emoji to platonic friends and family than other groups.

Overall‚ Trinidad tied with the U.S. for highest emoji usage – both reported emoji usage in up to 75% of all messages sent. People in South Africa rarely use emojis‚ however. In fact‚ fewer than 25% of messages include an emoji.