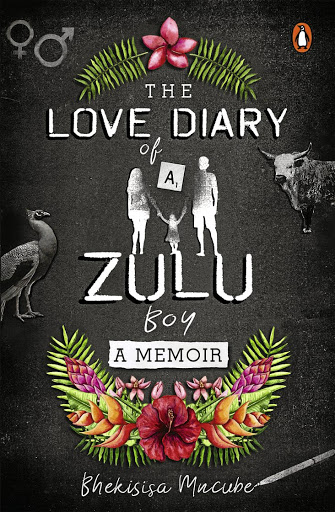 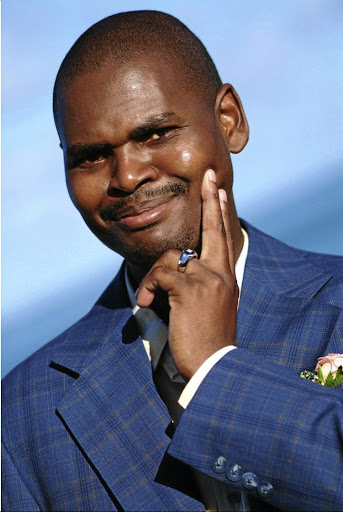 It is lunch time on a Monday and I'm heading to Doppio Zero in Rosebank, my favourite hang-out in Johannesburg, to meet a non-black Zulu man.

I have never met a member of this species in real life before, so this promises to be quite an experience.

Bheki Mncube, the author of The Love Diary of A Zulu Boy - A Memoir, is already here waiting for me. We have been social media friends for years and have common acquaintances in the media space, but we've never met socially.

So when news broke out that he had a book out, a memoir, I was more than keen to read it. There aren't enough black writers of my generation documenting the experience of being teens during the violent 1980s and of negotiating their way into adulthood during the uncertain decades of the 1990s and early 2000s.

Mncube's story, I imagined based on the little I knew about his life history, would be a fascinating account of growing up in rural Zululand - the heartland of Inkatha yeNkululeko Yesizwe - at a time when almost the rest of the Black South Africa had aligned itself with the national liberation movement and the Struggle for freedom from apartheid.

As I sit across him at our table, I already know that the book is about none of that. For most parts, the Love Diary of A Zulu Boy can best be described as a love story. Mncube deeply loves his wife, whom he prefers to only refer to as Professor D in the book, and is not shy to publicly display his affection.

And that is a good thing.

The first 17 chapters of the 34 chapters of the book are dedicated to their relationship; the experience of marrying across the racial line and the cultural complications that come with that for a traditionalist and rural Zulu man.

Was this by design, I ask him, as we await our drinks. Did he set out to write a book on marrying white?

"The story of my marriage was only one chapter initially," he says. It all began three years ago when he started writing his autobiography. He approached a number of publishers but there was not much appetite for his proposal.

Two years down the line he changed the synopsis, "focusing on the love life of a Zulu boy and an English girl". He sent his revised book proposal to publishers and within nine days he received an affirmative response from Penguin.

I want to say to him that rejection is almost a daily reality for wanna-be black writers. Then I remember that in the book he prides himself for having transcended blackness. "In reality, I have always struggled to come to terms with my blackness. I find it heavy going ...

"On 27 September 2015, something of epic proportions happened. I knew it was coming. It started slowly.

"I guessed I had to be eased into it. Finally, I dreamt in English. As they say, if you can swear in it and dream in it, it's your mother tongue. So folks, finally I am uNgamla - the equivalent of a white man."

Like billionaire rapper Jay-Z on that I'm not black, I'm O.J. song inspired by what O.J. Simpson may or may not have said back in the day when he was the darling of white America, my reaction is: "Ehh, Ok!"

Frantz Fanon famously quipped in the opening chapter of Black Skin, White Mask: "However painful it may be for me to accept ... I am obliged to state: For the black man there is only one destiny. And it is white."

Does Mncube believe that he has reached the destiny? Does he really consider himself white or is he just trying to be provocative for the sake of it?

His intention, he tells me, is to get the reader to break with apartheid definitions and "to re-imagine" what South Africans call themselves.

So why not Steve Biko's Blackness?

"Because I come from the Congress Movement ... Black is a political identity and I am not convinced that it is ours. It has got its own burdens."

But even the Congress Movement, with all its talks of nonracialism, does recognise the reality of "Africans in particular and blacks in general" in the South African context.

Then again, Mncube is a kind of guy who proudly points to white liberal author Alan Paton's writings, more than those of Oliver Tambo, as what attracted him to political activism against apartheid in the early 1990s.

Despite his protestations of non-blackness, the racialised and racist society he and his family lives in continues to treat them as outsiders or "not normal". Although he says he is not offended anymore by such, he volunteers numerous examples of racial profiling.

At OR Tambo International Airport while returning from a trip with his wife and daughter, he got stopped by the police while his family wasn't - presumably because they considered him black.

At a restaurant in Pretoria, they ordered food for the three of them but the waitress would give him only his bill because she could not imagine that he could possibly be with the white woman and the "coloured" girl standing close to him.

Although Mncube's book does not quite succeed in cajoling the reader into rethinking apartheid-era definitions and assumptions about race and racial relations, it does in highlighting the complexities of marrying across the cultural line, especially when you are a traditionalist who was raised practicing African customs while your partner is a highly westernised feminist who would have no bovine slaughtered in order to introduce her to your ancestors.

The book is full of anecdotes about this cultural conflict and Mncube relates the stories in a light-hearted and yet informative manner that leaves the reader having learnt more about his family and clan's cultural practices.

In an age of so much ignorance that any ceremony associated with the process of marriage is declared "a traditional wedding", this is one book that can help you understand Nguni ceremonies and practices such as ilobolo, izibizo, umabo, umembeso and umbondo. On this score, Mncube is exceptional, shining the light on many customs.

What comes across strongly here is that the author is a firm believer in Zulu cultural practices and that, despite his love for his family, he feels the void of not being able to slaughter, burn incense or perform any of the rituals in the house he shares with his wife in Pretoria.

The last few chapters of the book are about his coming of age, the sexual relations he had with numerous women in his youth growing up in Eshowe, Zululand, and Durban.

One can only hope that this is the first of many installments to come from Mncube's pen and that, by the time he publishes his next project, he would have taken to heart the advice author and Sowetan columnist Fred Khumalo gives him in the book: "But to wake up, just because you 'dreamt in English' and decide you are no longer black, is downright silly. Ridiculous."