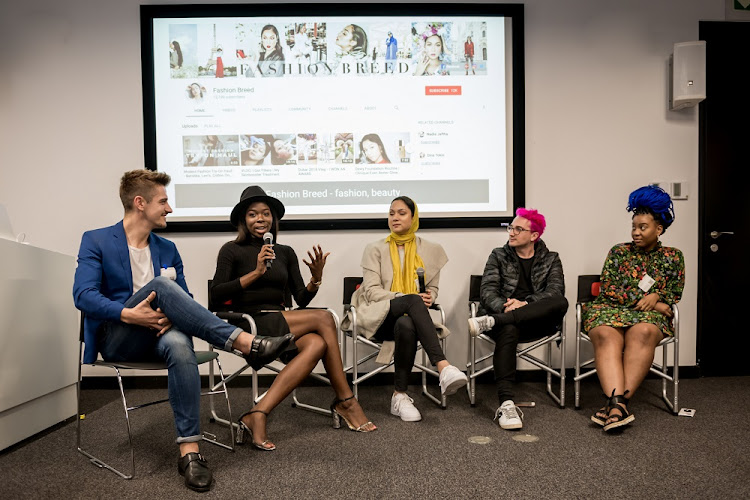 Experts say that this is because audiences feel a certain rapport with internet personalities over television stars – as they feel tangible, so things feel attainable.

Moyin Oloruntoba also believes this, Oloruntoba is the creator of The A1, which is an entertainment and pop culture channel.

SowetanLIVE spoke to Oloruntoba during a YouTube event hosted by Google SA.

The 27-year-old started her channel which focuses on local entertainment in 2015. She attends events, interviews media personalities and comments on various topics in the industry.

She reveals that it was tough going but worth it. She stated that things got better over time when she and a few of the other black Cape Town based YouTubers got together and formed a network.

“We so badly need so many more black YouTubers doing a variety of things, not just beauty. We have a ton of beauty people, if you want to do beauty cool, do tech, do gaming, do sport, do music, literally music is such a wide platform,” she said.

Since the world is still feeling the after effects of Wakanda fever, Oloruntoba thinks now is the time to show up.

She has a qualification in marketing and says her family were quite adamant she gets it before she pursued her YouTube career.

“Entertainment, I’m obsessed I tried to run away from it but I just kept coming back to it. Even by the time I wanted to do this YouTube channel my family was like look you keep talking about entertainment just do it and see how it works and for me it worked really well,” she said.

The regulations passed in March make it mandatory for bloggers and owners of other online forums such as Youtube TV channels to register with the ...
News
4 years ago

She chose the platform because it was free and barrier less.

“I didn’t have to pay anything. There was no barrier of entry so much, all I needed was a Gmail account and I was good to go,”  she explains.

Oloruntoba believes there will come a day where YouTubers don’t have to worry about how to make a living from their craft and can just be content producers without back up income. She has had to do some creative thinking in order to make money. She does confess however that it becomes easier once brands become involved.

“It wasn’t easy… that’s why I had to pitch to SAA and start doing things that were outside of YouTube, like hosting events. I started doing all those things because I needed to have other streams of money coming in,” She said.

Oloruntoba also dabbles in traditional media, she is often on radio. When asked if she would leave the internet should broadcasters come calling she said she would consider doing it in conjunction to YouTube.

“For me The A1 is now priority, it used to be trying to get to traditional but now I feel like I have something that I’m building, we’re going to launch The A1 sport really soon in the next three weeks and so I feel like this is where I’m supposed to be,” she explained.