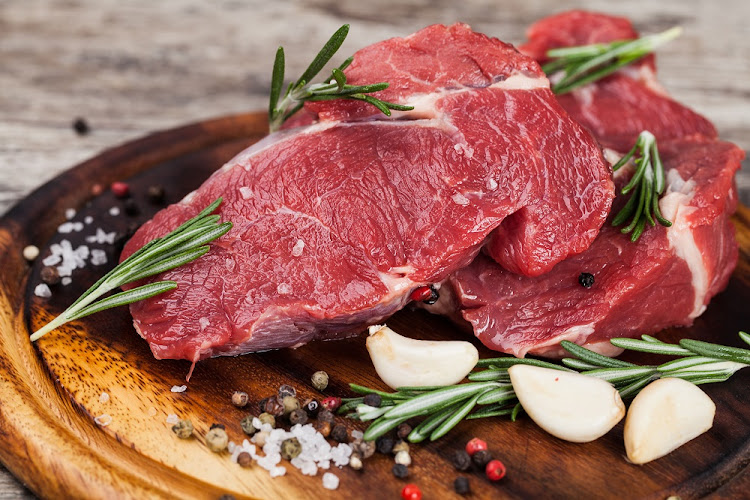 Raw beef meat on a cutting board
Image: 123rf gresei

The Khoisan and slaves are the people South Africans need to thank for our national love of braai meat‚ biltong‚ droëwors and bredies.

Scientists have traced the development of the South African meat cuisine‚ and have now published their findings in Animal Frontiers.

“We have to go back to the days of colonialism when different populations/ethnic groups with different incomes‚ cultures and perceptions of what meat is and how it should be prepared and consumed‚ were introduced and developed in South Africa‚” say Dr Sara Erasmus and Prof Louw Hoffman from the Department of Animal Sciences at Stellenbosch University. Erasmus is a postdoctoral researcher and Hoffman a distinguished professor in the Department. Hoffman also holds the SARChI Chair in Meat Sciences in partnership with Prof Voster Muchenje of the University of Fort Hare.

The researchers found that during the 17th century‚ colonisation and immigration had the greatest influence on our meat cuisine.

The researchers point out‚ however‚ that meat consumption in South Africa began long before the arrival of the first European settlers in 1652 as the indigenous Khoisan hunted wild game for their survival. They add that the settlers even learnt from the indigenous people how to source meat through hunting and fishing.

“The indigenous Khoisan‚ Black African groups and settlers trekked across the land and‚ since food was scarce‚ nothing of the animals was wasted – from the meat to the intestines.

The researchers say what we know today as braai (barbecue)‚ biltong (dried preserved meat product) and droëwors (spiced‚ dried sausage) can be traced back to the Khoisan who fire-roasted and air-dried their meat‚ whereas a similar practice of cutting up and drying the meat of animals that had died accidentally or naturally were performed by rural black tribes.

They point out that the Europeans as well as their Indo-Asian slaves implemented new techniques for meat preservation‚ processing‚ and cooking.

The slaves brought with them various spices‚ herbs and cooking styles which were also quickly incorporated into the cuisine and let to the creation of the Cape Dutch cooking style‚ known for its use of spices - cinnamon‚ nutmeg‚ allspice‚ and chili peppers.

The Cape Malay people brought an Indonesian flair with their spicy curries which contributed to the creation of typical dishes such as bredie (stew)‚ pickled fish and bobotie (spiced minced meat bake)‚ while the 19th century Indian labourers also introduced curried meat dishes to South Africa‚ the researchers said.

“Bredies were also developed through the need to tenderise the tough meat of cattle obtained from the Khoikhoi‚ while the inclusion of curry and spices were particularly useful to disguise slightly tainted meat. Spices‚ salt and vinegar were also used to preserve meat and led to the creation of products such as boerewors (a spiced sausage that is typically braaied."

Who will influence future food trends is moot. The researchers say: "Although meat remains deeply rooted in the South African heritage with its sources as wide as the people’s ethnicity‚ its demand continues to be largely influenced by availability‚ price‚ traditional usage and the consumer’s associations and perceptions."