Wandie's Place restaurant a shadow of former self 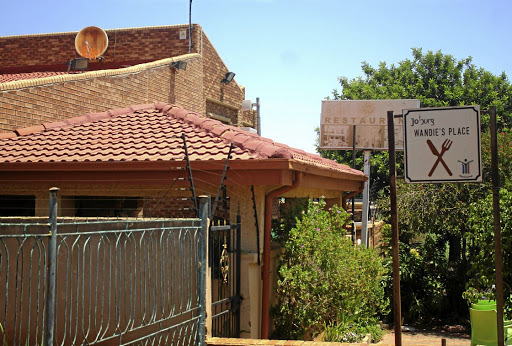 Once a magnet, Wandie's is no longer a top spot. / Kabelo Mokoena

After decades as the gateway to Soweto for tourists and prominent locals, the popularity of Wandie's Place restaurant has waned, leaving locals and tour guides frustrated.

Sowetan has established that the former go-to spot is on a slippery slope as it faces the heaviest competition since it was established in 1981.

Outside the spot in Dube, Boniswa Mndawe, 31, who has made a living for years selling handcrafted beads and jewellery, said her business has taken a knock because the number of visitors to Wandie's has shrunk.

"There were four other people who used to trade here. It made sense because a lot of tourists visited the restaurant, but things became tough as there isn't a high influx of tourists anymore," he said.

Mndawe said before the number of visitors dwindled she could make up to R12000 a week. But now he makes R4000 on a good week.

Nokwazi*, a Soweto tour operator for 10 years, said she no longer had Wandie's on her travellers' itinerary because the service had also declined.

"They were not welcoming and not friendly, especially towards the tourists I brought there. If I cant keep a situation in control in front of my clients, how am I going to make a living?" she asked.

In second place is Protea Glen‚ a traditionally middle class suburb west of Soweto‚ with asking prices of around R600‚000 for a three bed property ...
Good Life
4 years ago

Heat-and-eat mogodu to hit the shelves at your supermarket

Finding the time to cook a good‚ hearty meal at the end of a demanding day is a challenge‚ how much more having to cook a traditional dish like pap ...
News
4 years ago

Owner Wandile Ndala turned down requests from Sowetan to speak about the state of his outlet, which is credited with kick-starting Soweto's tourism industry.

Joshua Jumo, the general manager at Sakhumzi Restaurant in Valakazi Street, which has emerged as the new gateway to Soweto, said adapting to change was key in the hospitality industry.

"You have to know the direction that the market is flowing and need to keep abreast with the trends," Jumo said.

A 5km stretch separates Wandie's Place in Dube from Vilakazi Street in Orlando, which is teeming with visitors.

Legendary producer Chicco Twala, once a regular patron at Wandie's, said he was saddened by what it had become.

"It's life, though. It's not nice to see what happened to it because of its rich history.

"It catered for the who's who of local and international circles, but to see what it has become makes me very sad," said Twala.

He said the city encouraged tour operators to have a more inclusive itinerary.