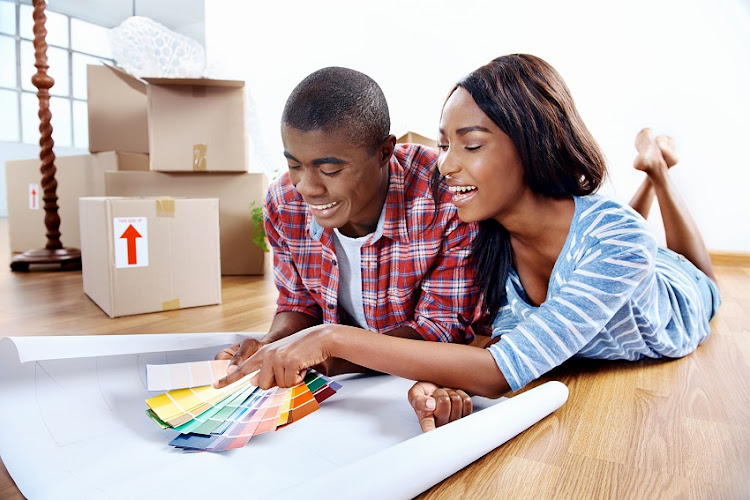 Soshanguve South north of Pretoria‚ where a new 3-bedroom house is priced at around the R500‚000 mark and has 30 schools within a distance of 5km‚ has the highest number of first time buyers in Gauteng.

In second place is Protea Glen‚ a traditionally middle class suburb west of Soweto‚ with asking prices of around R600‚000 for a three bed property and a similar proliferation of schools.

This is according to Lightstone Property‚ which released an overview of the current trends in the market on Wednesday.

“When comparing the average age of buyers in the top ten suburbs offering the highest number of first time buyers‚ it is encouraging to see that Soshanguve South and Protea Glen have the most growth‚” the company noted.

“The age of buyers in Gauteng are between the ages 18–55‚ which shows us that the younger working class is investing in property‚” it added.

The Lightstone data also shed light on the most expensive streets and suburbs in Gauteng. 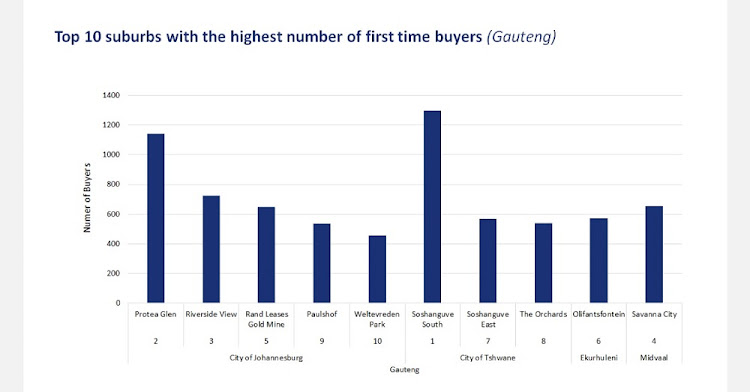 The number one spot belongs to Blair Atholl‚ situated in the City of Tshwane‚ which as a suburb has an average value of R11.2 million‚ followed by Westcliff (R10.5 million) and Dunkeld (R9.3 million). The Sandton suburbs of Wierda Valley‚ Sandhurst‚ and Inanda are next (in the R7-R9 million bracket).

The green belt of Blair Atholl‚ near Lanseria and Fourways‚ was developed and extended from an original farm once owned by Gary Player. It has a river running through it‚ horse trails and a top-ranked golf course as well as being in close proximity to private schools.

Coronation Street in Sandhurst is highlighted as the most expensive street at an average value of R26.8 million per house. Next are 4th Road in Hyde Park (R16.9 million)‚ 1st Road in Dunkeld West (R16.6 million). Woolston Road in Westcliff‚ 9th Street in Houghton Estate and The Stables Close in Blair Atholl round up the millionaires’ choice of property.

Analysing estates in Gauteng shows the highest median value at Clouds End in Sandton (R18.2 million) and the highest inflation at Willow Grove in Witkoppen (16.7%).

Cape Town‚ meanwhile‚ shows its biggest growth in property buyers over the age of 55-65 as well as 65 and older‚ indicating that an older generation is looking to establish themselves in this province “for what we can assume to be for retirement“‚ said Lightstone.