South Africa has made giant strides in breastfeeding. But it’s still taboo in public places 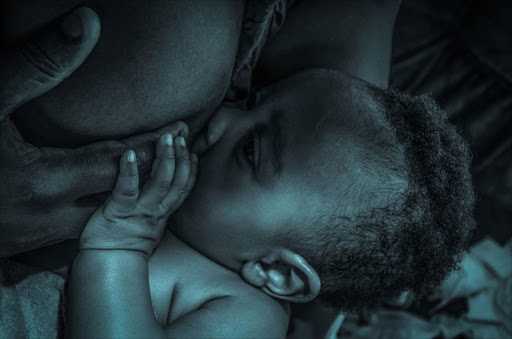 South Africa has a long history of promoting breastfeeding as an important part of promoting child health in the country.

Even during the height of apartheid, the health fraternity acknowledged the need to keep breastfeeding at the forefront of children’s development. The first breastfeeding campaign was launched in October 1987. Several other initiatives were launched in the years that followed. These have led to significant improved breastfeeding rates in the country.

But South Africa hasn’t managed to clear the last hurdle – attitudes towards breastfeeding in public. Thirty years after breastfeeding was first championed, mothers can’t breastfeed in public without provoking angry responses. On several occasions mothers have been humiliated and stigmatised.

In recent years, several countries have put legislation in place to protect breastfeeding at work and in public spaces. for example, in Brazil’s capital city Sao Paolo, businesses or organisations that prevent women from breastfeeding in public are fined. Others, like Vietnam, have invested in communication and education strategies to improve breastfeeding culture. The result is that women can breastfeed in public places without being victimised.

South African health authorities educate the public about breastfeeding. But without supportive legislation and strong behaviour change communication, breastfeeding in public will never be normalised.

Seven years ago the government made positive policy changes towards breastfeeding to encourage exclusive breastfeeding. Since then it has made several additional and significant policy shifts to promote and support longer duration of breastfeeding to 24 months, among HIV-negative and HIV-positive mothers.

In 2012 the health department stopped providing free infant formula to HIV positive mothers. This reversed an earlier policy that promoted the use of infant formula – an approach that had been pursued because of the transmission of HIV from mothers to children through breastmilk.

The reversal on formula milk approach was accompanied by a massive rollout of life-long anti-retrovirals for pregnant mothers. This makes breastfeeding in the context of HIV safer and lowers the risk of mother to child transmission of HIV through breastfeeding.

In the same year the department also passed regulations that prohibit the marketing and promotion of products that undermined and displaced breastfeeding, like infant formula.

This was followed by a revised infant and young child feeding policy in line with the World Health Organisation’s recommendations that countries have one public health infant feeding policy.

South Africa has also had phenomenal success in establishing human milk banking. In addition, more than 70% of public health facilities have been accredited as Mother-Baby-Friendly. These facilities are trained and offer a level of service that protects, promotes and supports breastfeeding with immediate initiation of breastfeeding, practice of skin-to-skin and rooming-in to keep mothers and babies together.

These facilities discourage bottle feeding and teach mothers cup feeding and how to express breastmilk for when they are not with their babies. All these practices improve breastfeeding and the mother’s milk supply.

But public breastfeeding is still frowned upon. Part of the problem seems to be that initiatives to promote breastfeeding have been restricted to the health system.

There is very little promotion and conversation in other sectors such as education, social development and in the justice system. Evidence from other countries show that breastfeeding improves if the interventions are delivered through a multi-pronged approach. Where there have been successes, governments have ensured that breastfeeding is supported in and by:

- the health system and the services that are offered,

- the family and community, and

While South Africa has provisions under the Basic Conditions of Employment Act, very few employers have made effort to protect or support mothers in their work environment.

Last year, the Department of Health unveiled its National Breastfeeding Campaign which is built around the question:

Why do communities not support mothers to breastfeed?

This is an important question because it goes to the heart of the challenge South Africa still faces. Society remains averse to mothers breastfeeding their babies in public spaces, even though breastmilk is universally recognised as being a lifesaving super food for babies.

If breastfeeding is part of our African culture, why are people offended and disturbed when a mother breastfeeds her baby? If it is part of the natural order of loving and caring for children, why do people shame, humiliate and stigmatise breastfeeding mothers?

But it’s not enough for the health department to pose the question. Collectively, we need to come up with answers, and take action.

South Africa can take a lead from Vietnam and Bangladesh who have benefited enormously from large-scale interventions. Both countries have combined intensive inter-personal counselling with mass media campaigns.

South Africa has antenatal care counselling for mothers at clinics but has not yet invested in the promotion of breastfeeding. Such campaigns are not unfamiliar in the country. It has done exceptionally well in campaigns such as Arrive Alive and the HIV know your status campaign .

But until the resistance of communities towards breastfeeding is fully understood, there will not be a shift in embracing it and South Africa will continue to carry the high burden of infant death and disease.