Are you a phubber? If you love your cellphone‚ you just might be 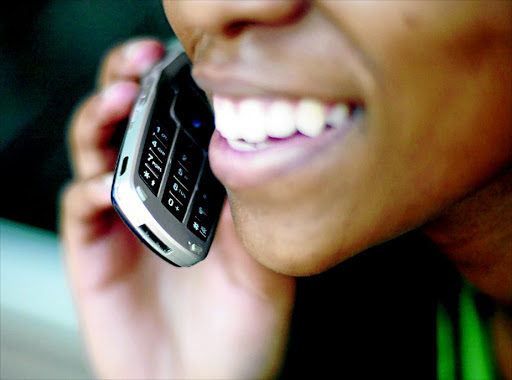 'STOLEN IDEA': Cellphone operator Vodacom is facing a lawsuit by a Gauteng businessman who is accusing the company of misappropriating a multimillion-rand airtime advance product Photo: Marianne Pretorius

Are you phubbing your lover? If you are hooked to your smartphone in the presence of your significant other‚ you are guilty of phubbing.

New research from the Hankamer School of Business at Baylor University‚ based in Texas‚ found that phubbing — a term originated from snubbing by paying more attention to your smartphone than the person near you — is ruining relationships everywhere. Almost half of the 450 people it surveyed confessed to being “phubbed” by their partner while 22% of relationships reported that phubbing was the primary cause of most of their arguments.

“Our inability to separate from technology is devastating to our well-being. Even if it’s not an addiction‚ it is a deeply engrained habit‚” he said.

“If someone you are dating is putting a phone conversation above your real life one and this really bothers you‚ then it is your duty to tell them and be honest. Tell them‚ without emotion‚ that you do not appreciate it when they ‘phub’ you and that you expect more from them. Let them know that you respect them enough not to treat them that way and that you expect the same in return from them‚” she advised.

Grobbelaar said new terms such as phubbing made dating and relationships appear more difficult than 20 years ago. But she believes dating is easier in today’s landscape while people are becoming “more and more socially awkward“.

“As a human race we are becoming more and more socially awkward and out of practice when it comes to communication and more specifically relationships. Single men and women are out there dating because they long for real interaction in the hopes of forming an offline‚ meaningful connection. Yet at the same time fewer and fewer people are skilled in forming such a connection.

Durban communication practitioner Cedric Mboyisa‚ known as the selfie king to social media followers‚ admits to being “sort of” guilty of being glued to Facebook on his phone. He has a “phobia of being left out in terms of breaking and latest news“.

But he balances his love for Facebook and marriage.

“My wife Mmapula has come to understand that due to the nature of my job‚ I do spend lots of time on my phone and being online. She has even joined me in always searching for latest news online. On the issue of Facebook‚ we’ve an arrangement that we’ve to have time for family‚” he said.